8 Captivating Korean Actors Who Started Out As Models

Before becoming Hallyu stars, actors such as Kang Dong Won and Song Seung Heon started out with a career in the fashion industry. Something about their chiseled good looks and tall physique makes them a magnetic presence on screen; you simply can’t take your eyes off them. Beyond good looks, these model-turned-actors also have serious acting chops.

In no particular order, here is a look at some of the Korean actors who are dominating both magazines and the screen right now.

Before his breakout role this year, Wi Ha Joon appeared as a key supporting cast member in “Romance is a Bonus Book” alongside another model-turned-actor, Lee Jong Suk, and went on to capture all of our hearts in “18 Again” as a sweet, charming baseball player.

With “Squid Game” garnering worldwide attention, the cast has also enjoyed a huge boost in popularity. Some may be wondering what’s next for Wi Ha Joon and where we’ll see him next. Unsurprisingly, the actor has received several exciting offers. You can see him next in the new OCN drama “Bad and Crazy,” premiering in December. He is also in talks to play the leading role in a new drama by “Vincenzo” director! 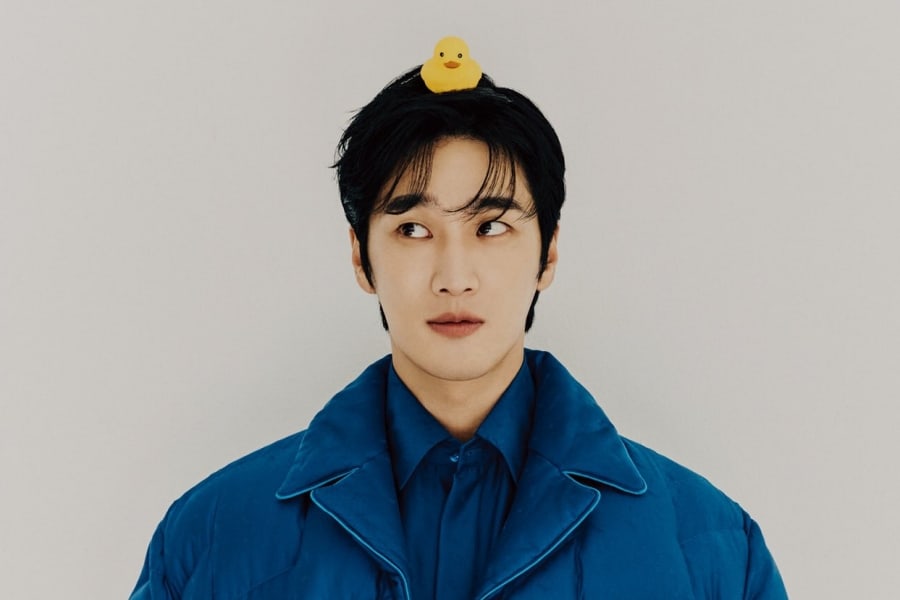 It has been a busy year for actor Ahn Bo Hyun who has back-to-back leading roles in the now airing dramas “Yumi’s Cells” and “My Name.”

His breakout performance was a supporting role in the 2020 drama “Itaewon Class” which earned him critical recognition. Since then, he has taken on diverse roles in several dramas, demonstrating his range as an actor. 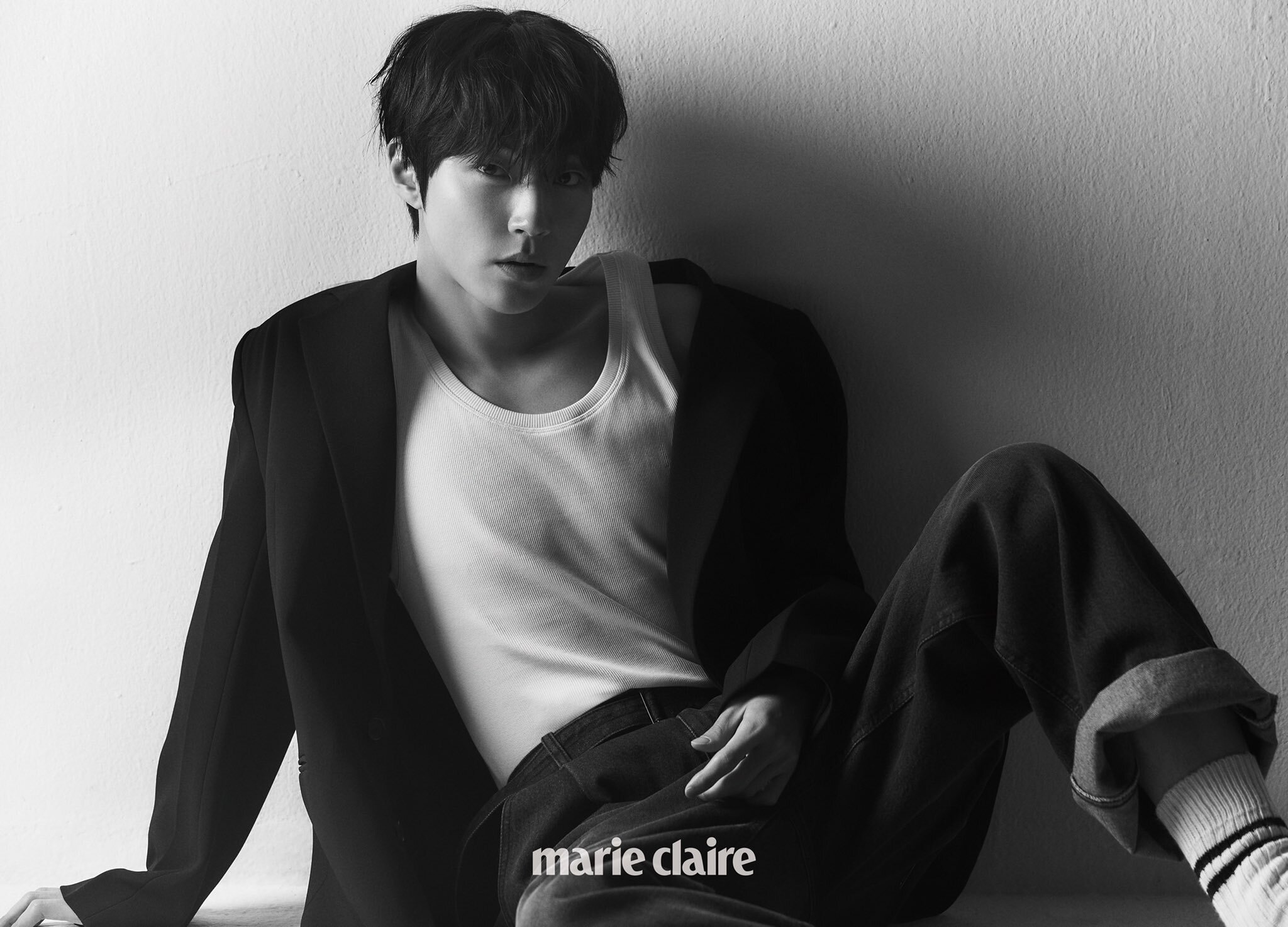 When he was young, Hwang In Yeop dreamt of becoming a fashion designer, even graduating with a Bachelor of Fine Arts Major in Fashion Design in 2012. His love for fashion also inspired an interest in modeling. Though he has a timid personality, Hwang In Yeop decided to pursue his dream; he immediately went to audition as a model after he fulfilled his military service.

Hwang In Yeop made his acting debut in 2019’s “The Tale of Nokdu.” He might not have as much acting experience as the other model-turned-actors on this list, but his role as the soft bad boy in last year’s “True Beauty” brought him much praise and public recognition. You can catch him next in the upcoming dramas “Why Oh Soo Jae?” and “The Sound of Magic.” 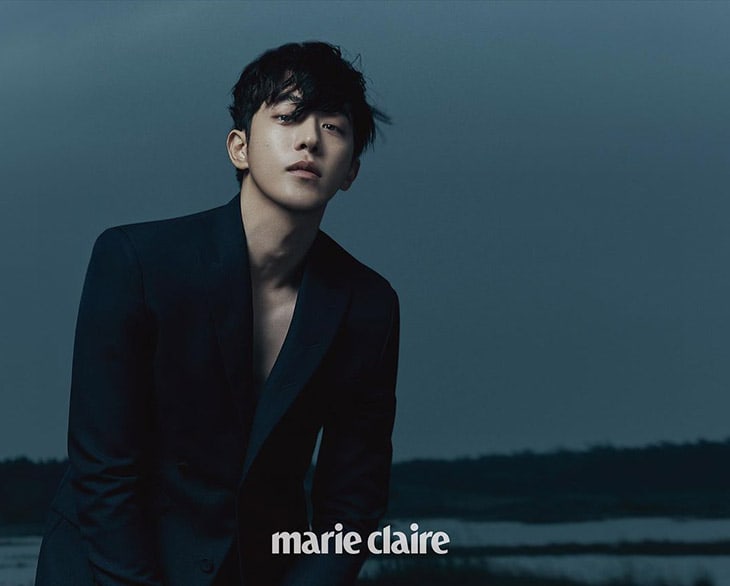 Nam Joo Hyuk made his debut as a model in 2013 after entering and winning first place at a model contest. Not long later, he made his first on-screen appearance in AKMU’s music video.

Since then, he has been steadily making his mark as a leading man through various dramas such as “Weightlifting Fairy Kim Bok Joo,” “Start-Up,” and more. He has also started filming the new tvN series “Twenty-Five Twenty-One,” which is set to air in the first half of 2022!

Nam Joo Hyuk’s runway days may be behind him, but you can watch him recount his model days and do a hilarious impression of his own catwalk on “Radio Star.” 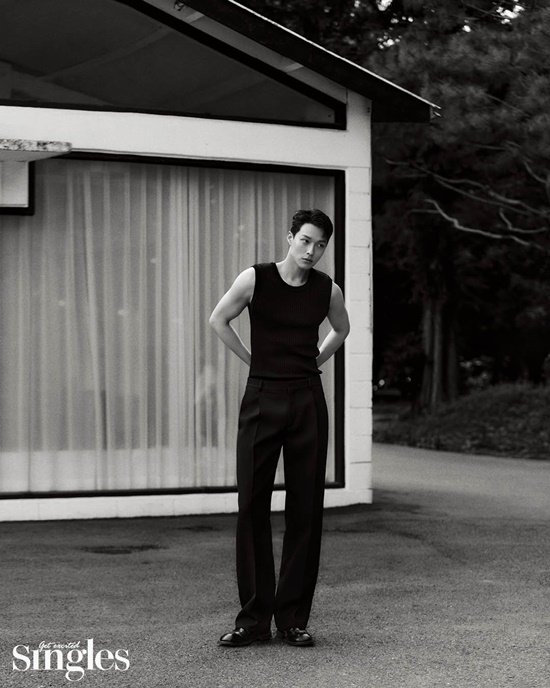 With his brooding good looks and tall stature, it’s no surprise that actor Jang Ki Yong actually started out as a model! Interestingly, he stood out in the fashion industry for wearing braces, which was unique because most models did not wear braces. He actually inspired his other model-turned-actor friend Nam Joo Hyuk to put on braces early on in his career. Jang Ki Yong had an illustrious modeling career, even winning the Fashion Model Award at the 2014 Asian Model Award ceremony.

After his cameo appearance in “It’s Okay, That’s Love,” Jang Ki Yong started taking acting more seriously. He has also talked about his wish to break the prejudice that models can’t act. He has certainly demonstrated his acting chops through versatile performances in dramas such as “My Mister,” “Search: WWW,” and this year’s “My Roommate is a Gumiho.”

Though Jang Ki Yong has recently enlisted in the military, he still has the upcoming drama “Now We Are Breaking Up” that’s set to be released in November. We’ll have that and all his previous dramas to tide us over the Jang Ki Yong drought.

Watch “My Roommate is a Gumiho” now: 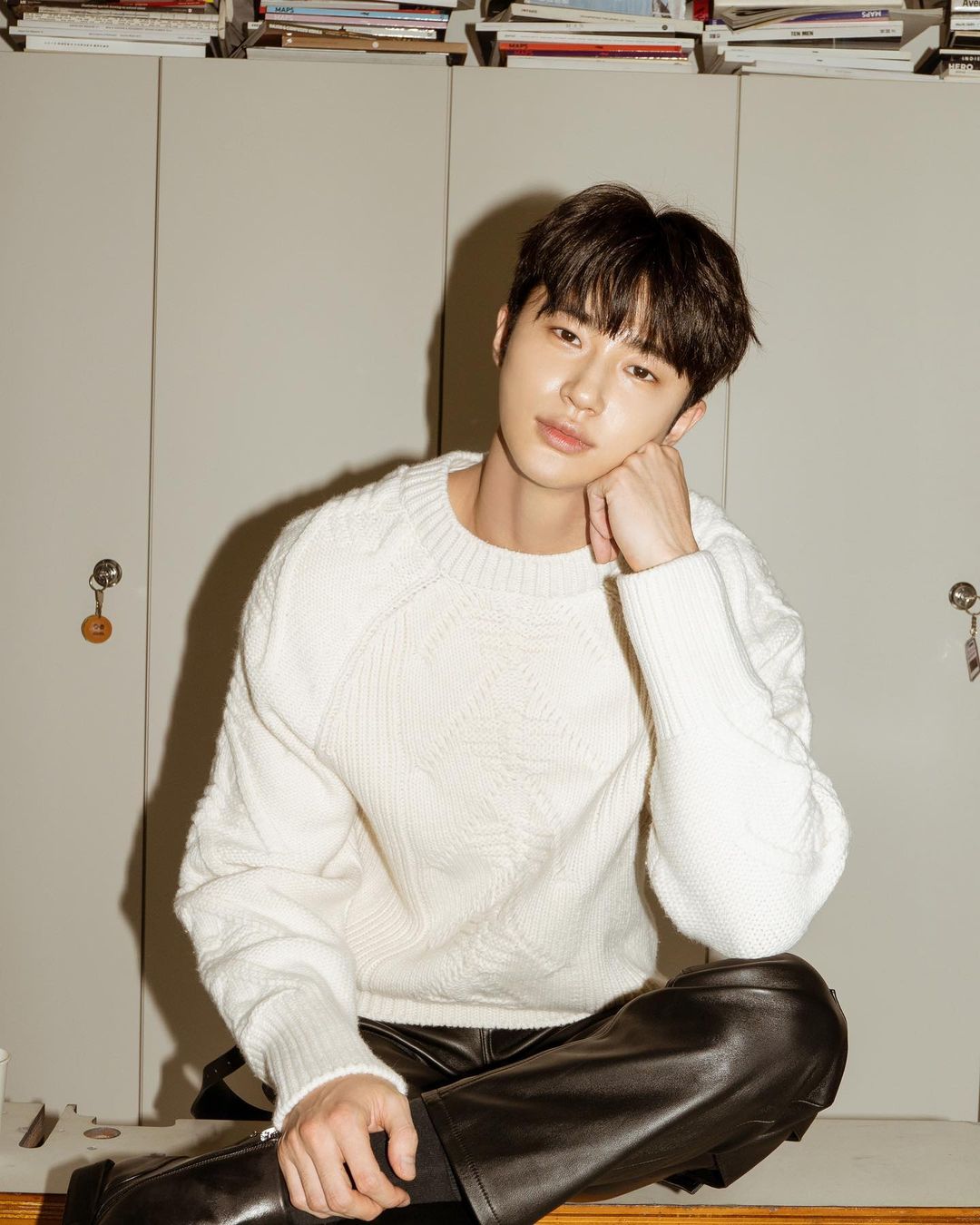 You might recognize Byun Woo Seok for his role as the model-turned-actor Won Hae Hyo in “Record of Youth,” alongside Park Bo Gum and Park So Dam. Just like his character, actor Byun Woo Seok also debuted as a model.

He started out with cameos and small roles in dramas before landing a supporting role in “Flower Crew: Joseon Marriage Agency.” He’s definitely one of the up-and-coming actors to watch. You’ll be able to see more of him through the new Netflix original film “20th Century Girl” and the upcoming series “When Flowers Bloom, I Think of the Moon.” 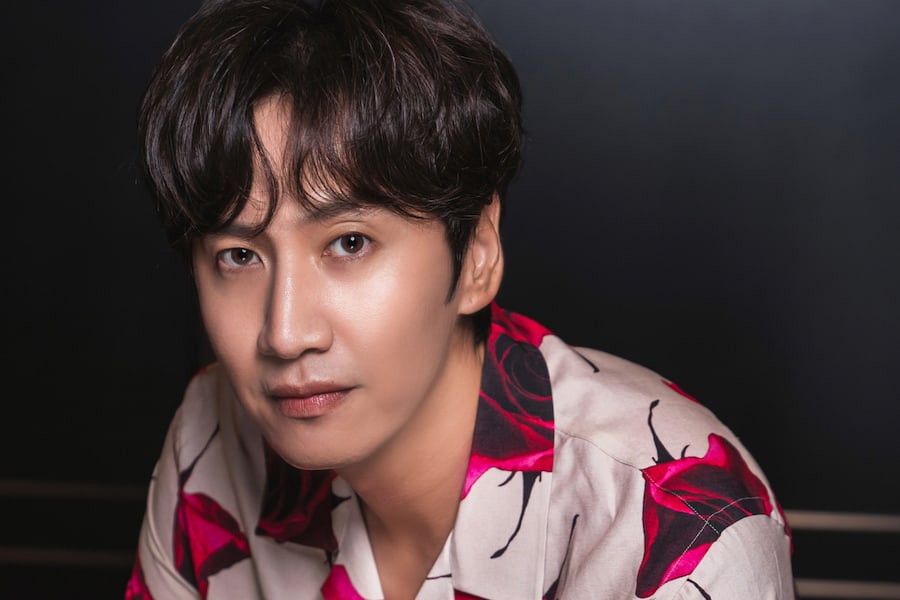 At 1.92 meters (approximately 6 feet 4 inches) tall, resident funny guy Lee Kwang Soo is affectionately known as the “Giraffe” by “Running Man” fans. Before his shot to fame, he actually got his start in the industry as a model.

He made his acting debut in the sitcom “Here He Comes” and has acted in several memorable dramas over the years: “It’s Okay, That’s Love,” “Confession,” “The Sound of Your Heart,” and “Live.”

Much to the dismay of his fans, Lee Kwang Soo had to step down from “Running Man” this year due to a persistent right ankle injury. But fret not, the actor is not taking a break from the screen. He recently starred in the disaster comedy “Sinkhole,” which became the fastest Korean film to surpass 1 million ticket sales in South Korea this year. Fans can also watch him in the upcoming film “The Pirates 2.” 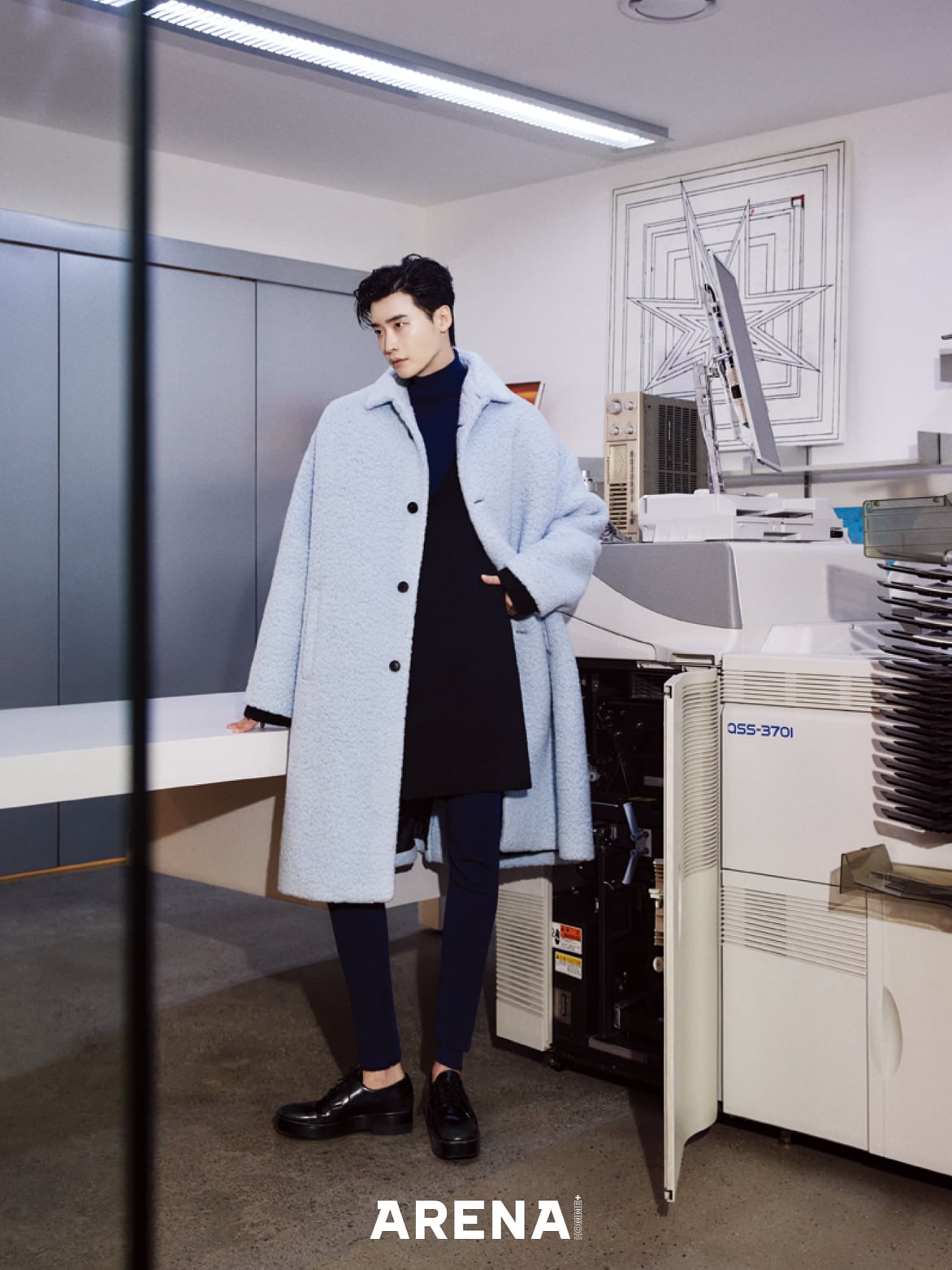 Last but definitely not least is one of the most well-known model-turned-actors, Lee Jong Suk. He debuted as a runway model in 2005, becoming the youngest male model ever to participate in Seoul Fashion Week.

Lee Jong Suk made his acting debut in “Prosecutor Princess” and successfully grabbed the audience’s attention for his portrayal of Han Tae Sun in “Secret Garden.” Since then, he has showcased his versatility and cemented his leading man status through dramas such as “School 2013,” “I Hear Your Voice,” and “W.”

His last drama was “Romance is a Bonus Book” in 2019, which was filmed before he enlisted in the military. The good news is that you don’t have to wait much longer to see him back on the screen! He was discharged from the military earlier this year and will be making a much-anticipated return in the upcoming films “Decibel” and “The Witch 2” as well as the drama “Big Mouth” alongside Girls’ Generation‘s YoonA.

Hey Soompiers, which model-turned-actors are your favorites? Let us know in the comments!

Bellyfull is a pop-culture junkie who enjoys a cup of tea in the morning.