Ahn Bo Hyun recently sat down for an interview where he talked about his resemblance to his character in “Yumi’s Cells,” acting alongside Kim Go Eun, and more!

In the drama, Ahn Bo Hyun played the straightforwardly honest game developer Goo Woong, earning favorable reviews for his realistic performance and stealing viewers’ hearts with his resemblance to his character in the original webtoon of the same name. Ahn Bo Hyun revealed that although the director said he didn’t have to have long hair like the webtoon character, he’s the type of person who wants to sync up with his role as much as possible.

Having mostly acted in villainous roles up until this point, Ahn Bo Hyun expressed his desire to take on a new challenge through his role as Goo Woong. He elaborated, “I worried about whether or not I would be able to express a more pure and innocent side. I learned more about myself while acting as Goo Woong. There was something about the role that drew out a naïve side of myself. It was a challenge.”

Ahn Bo Hyun also opened up about the hard work he put into preparing for scenes where he showed off his body, saying that he exercises nearly every day as a part of his routine. “While doing what I normally do, right before a scene where I have to have a lot of exposure, I’ll control my water intake and reduce my carbs or protein intake as I try to design my body to fit well with the situation,” he explained.

When asked if he had any similarities with Goo Woong, Ahn Bo Hyun responded, “Goo Woong is really stiff. He also has a lot of pride. But if I were to find any resemblances, I would say that I also don’t share my pain with others. I think it would place too much of a burden on that person.”

As for his style of romance, Ahn Bo Hyun revealed that his resemblance with Goo Woong in this area is “close to zero.” “Unlike Goo Woong, I don’t do things that could cause someone to become angry or to misunderstand,” he said. “I know all too well that it won’t do me any good.” 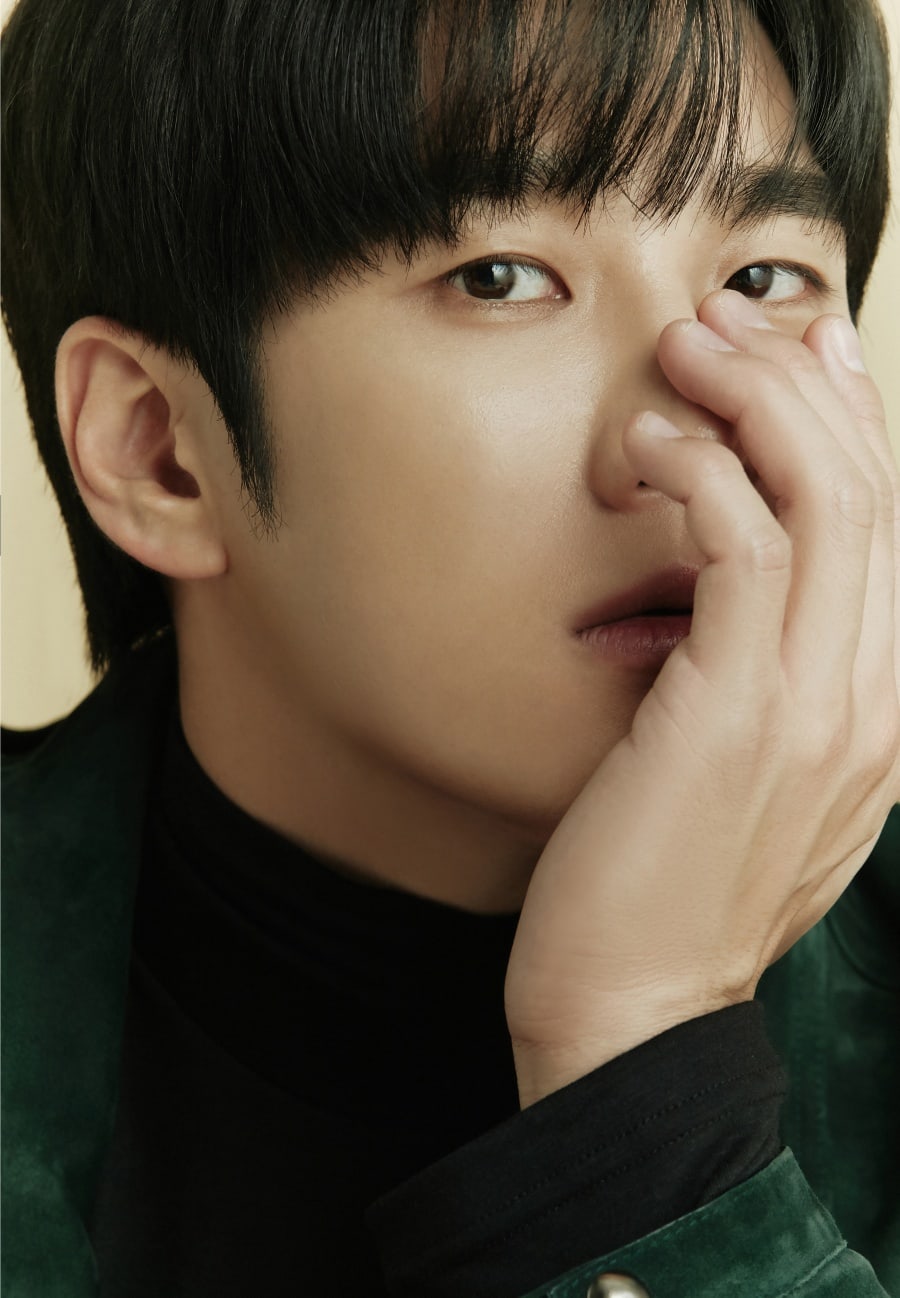 Ahn Bo Hyun also spoke about working with Kim Go Eun, who played the titular role of Yumi. “Kim Go Eun is a really great actress,” he praised. “It was my first time acting in a romance drama, and my role didn’t seem like the typical male lead so I worried a lot. I’m really thankful to Kim Go Eun since I received some great feedback.”

“Yumi’s Cells” gained a lot of attention for its blend of live action and animation. Although the animated sequences could appear as childish, Yumi and Goo Woong’s romance was portrayed in a mature light. Ahn Bo Hyun mused, “Since there was a bedroom scene and a kiss scene I think we were able to show a mature type of romance. The bedroom scene was made after lots of different attempts. We didn’t know what take would be used so we challenged ourselves to try a lot of things.”

Ahn Bo Hyun said that Kim Go Eun could best be represented by an “easygoing cell,” citing her easygoing personality that he said he has plenty to learn from. “I realized that she was someone who could make you completely immersed in her character,” he said. “It was to the point where I saw her as Kim Yumi instead of Kim Go Eun. She’s a really great friend.” 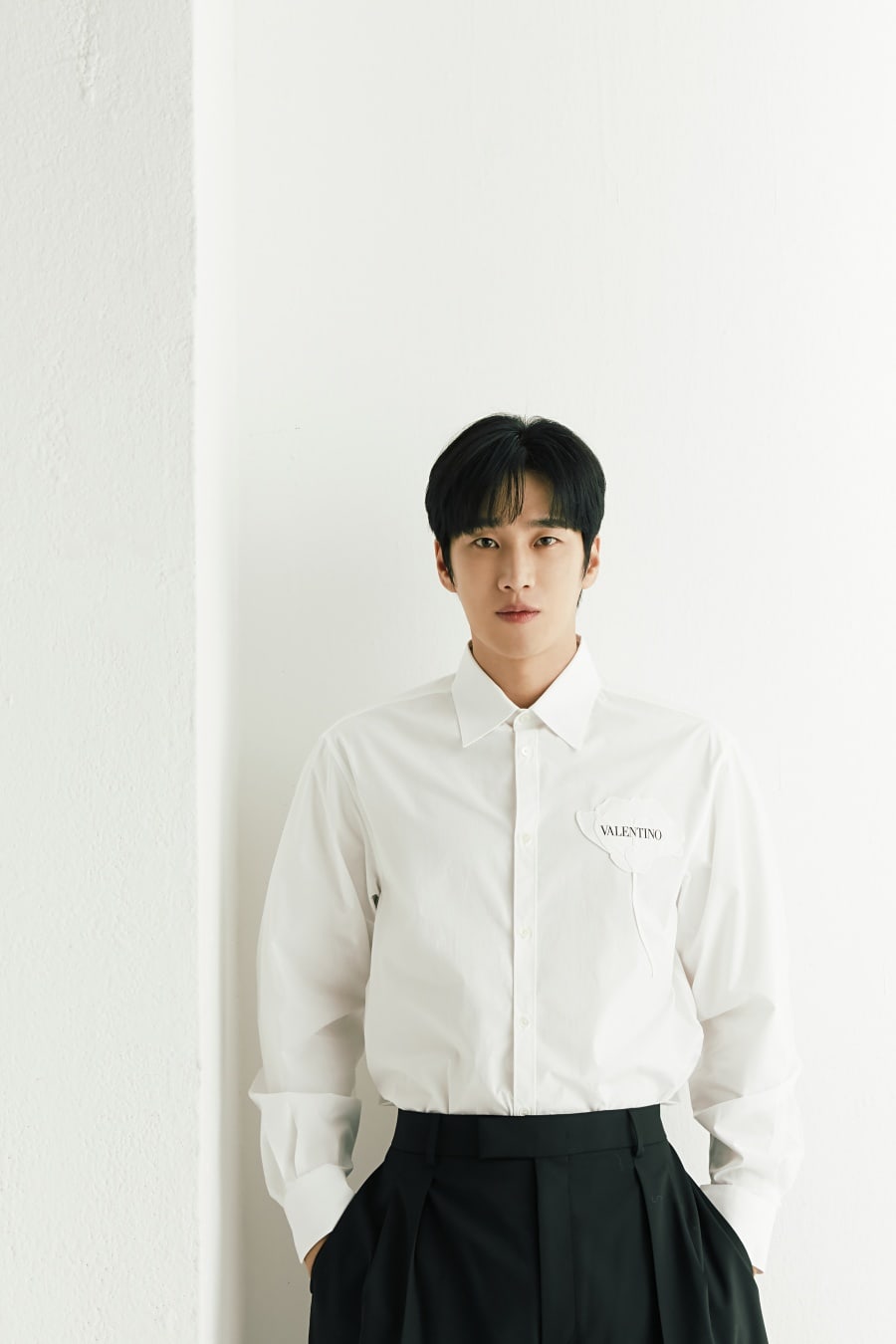 Ahn Bo Hyun expressed his sadness at the ending of the first season as he said, “The farewell scene was really sad. There were so many people who showed support for my character, so I wondered if we really had to stay true to the original webtoon.” He went on to say that although he loves his character, he knows that the ending will make way for more interesting storylines in the following season.

He continued, “I actually haven’t received any part of the script for season two, so I’m thinking that I might be able to make an appearance. If the script was completed I could mention that I’m not appearing, but seeing how the director said ‘I don’t know,’ I think he doesn’t know since the script isn’t out yet.”

The actor is also set to play the main character in the upcoming tvN drama “Military Prosecutor Doberman” (literal title). Expressing the pressure he feels taking on a main role, he said, “I feel pressure to do well. It feels like there’s an anxiety cell inside of me. Taking on a lead role isn’t a reason to grow comfortable. I’m trying to use the pressure and desperation to immerse myself in the project.”