Apink’s Jung Eun Ji participated in a series of interviews upon the end of her TVING drama “Work Later, Drink Now.”

Based on a webtoon, “Work Later, Drink Now” is about three friends who like to go out drinking together after work. Lee Sun Bin starred as Ahn So Hee, a variety show writer, Han Sun Hwa as Han Ji Yeon, a yoga instructor, and Jung Eun Ji as Kang Ji Goo, an origami YouTuber. Super Junior’s Choi Siwon co-starred as Kang Book Goo, Ahn So Hee’s co-worker and a variety show PD.

About playing Kang Ji Goo, she said, “I had no idea that people would like her so much. When I first saw the character, I thought that it was fresh. I would be able to act with expressions I hadn’t done before. She’s someone who has a lot of walls and a lot of scars. A person with a lot of scars might seem sharp and tough on the outside, but just like a scab, it doesn’t mean they’re a bad person. In the end, Ji Goo is someone who always takes care of the people around her. Because of the trauma of having been unable to care for Se Jin, she takes care of Ji Yeon and So Hee. Ji Goo had never been able to live her own life, she only lived the life her mother mapped out for her. Se Jin was the person who helped her break free of that mold. Before Se Jin took her own life, she said the memorable line, ‘If you’re born backwards, you have to walk backwards.’ When Se Jin died, Ji Goo began to walk backwards, shaking off her mother’s control and learning to find herself. She keeps trying to find the things she likes.’”

Yoon Shi Yoon appeared in the last episode as “Mr. Nice Paper,” who helps Kang Ji Goo open up. Jung Eun Ji said, “I haven’t seen a script for season two, so I wondered, ‘Is this just a cameo?’ I wondered, ‘Will the broadcasters really let it end like this?’ But I was really excited to see the person whom I had only envisioned as a voice until then. Even while filming. When the director reads the lines to me on set, it didn’t feel as real. But when Yoon Shi Yoon’s voice appeared, I really thought it was Mr. Nice Paper. It was fun. He did all his scenes at once at the very end of filming.”

About a second season, she said, “As big as the reward was, it also took a lot out of me. I’d never played something so depressing, but I felt a deep sense of responsibility to show that these things existed inside Ji Goo. We filmed while laughing and smiling, but when I was home alone, I realized that you can be affected a lot by a character. It was a fresh project for me. I also really like the idea of having multiple seasons. I really want to show Ji Goo living happily. Of course, she’ll go through more trials and tribulations in season two as well. I think that there will be more reasons why they drink so much.” 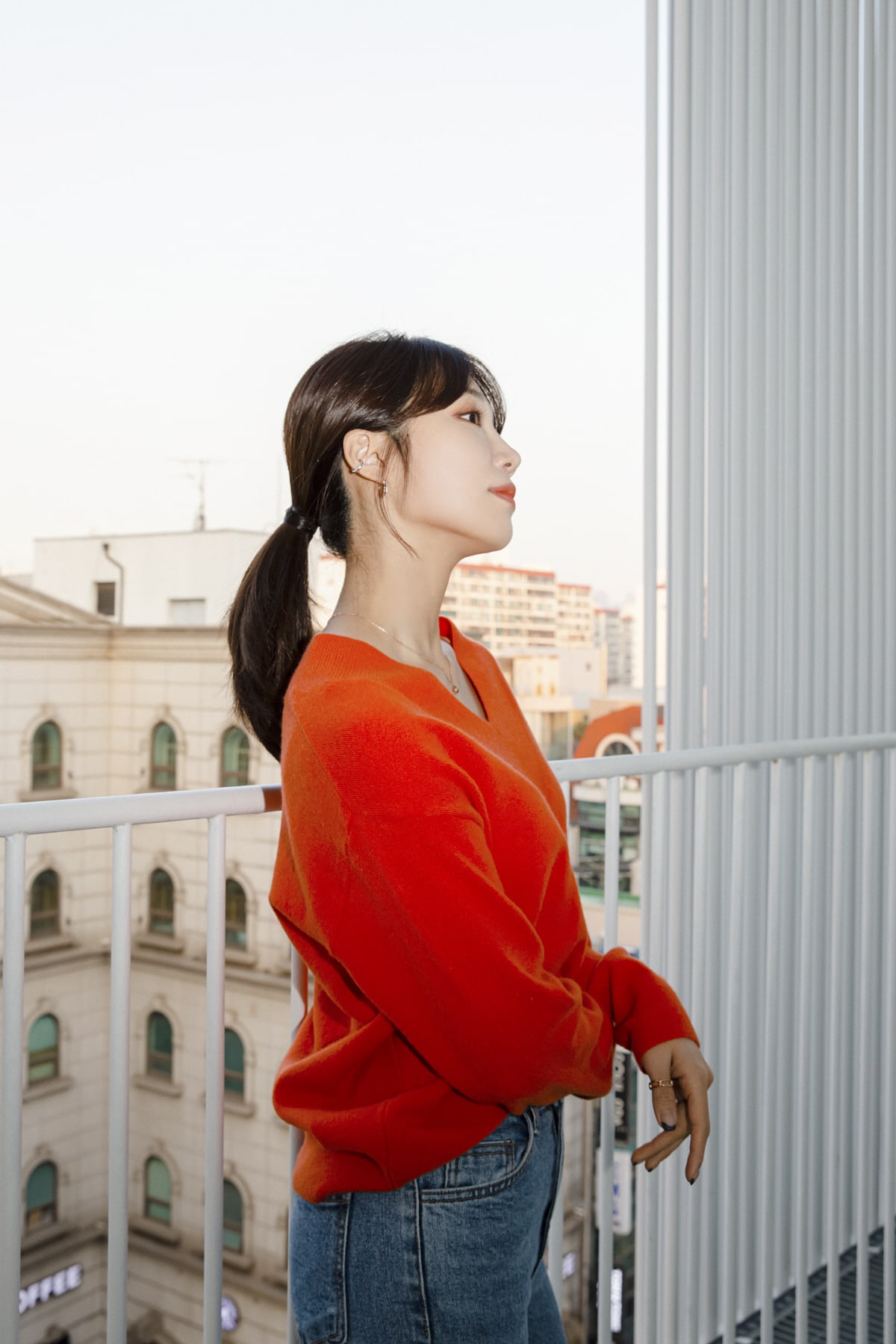 About her chemistry with Lee Sun Bin and Han Sun Hwa, she said, “I really wished I had friends like this. Of course, I do have friends like that. I do, but these characters were the same age, and they’d been friends since college. I really like that kind of relationship. I think that if you have someone who knows your life story, who can say, ‘Do you remember when…’, then later in life, you have someone that you can do more things with. I liked that I got close with Sun Bin and Sun Hwa unni in the drama. We’re around the same age. The scene that was most painful to film was So Hee’s father’s funeral. I remember thinking that the scene was so detailed that young people could watch it as practice for the funerals in their future. There’s a lot of fear around the funeral process, but it’s important to know how it goes, from the start to the end.” 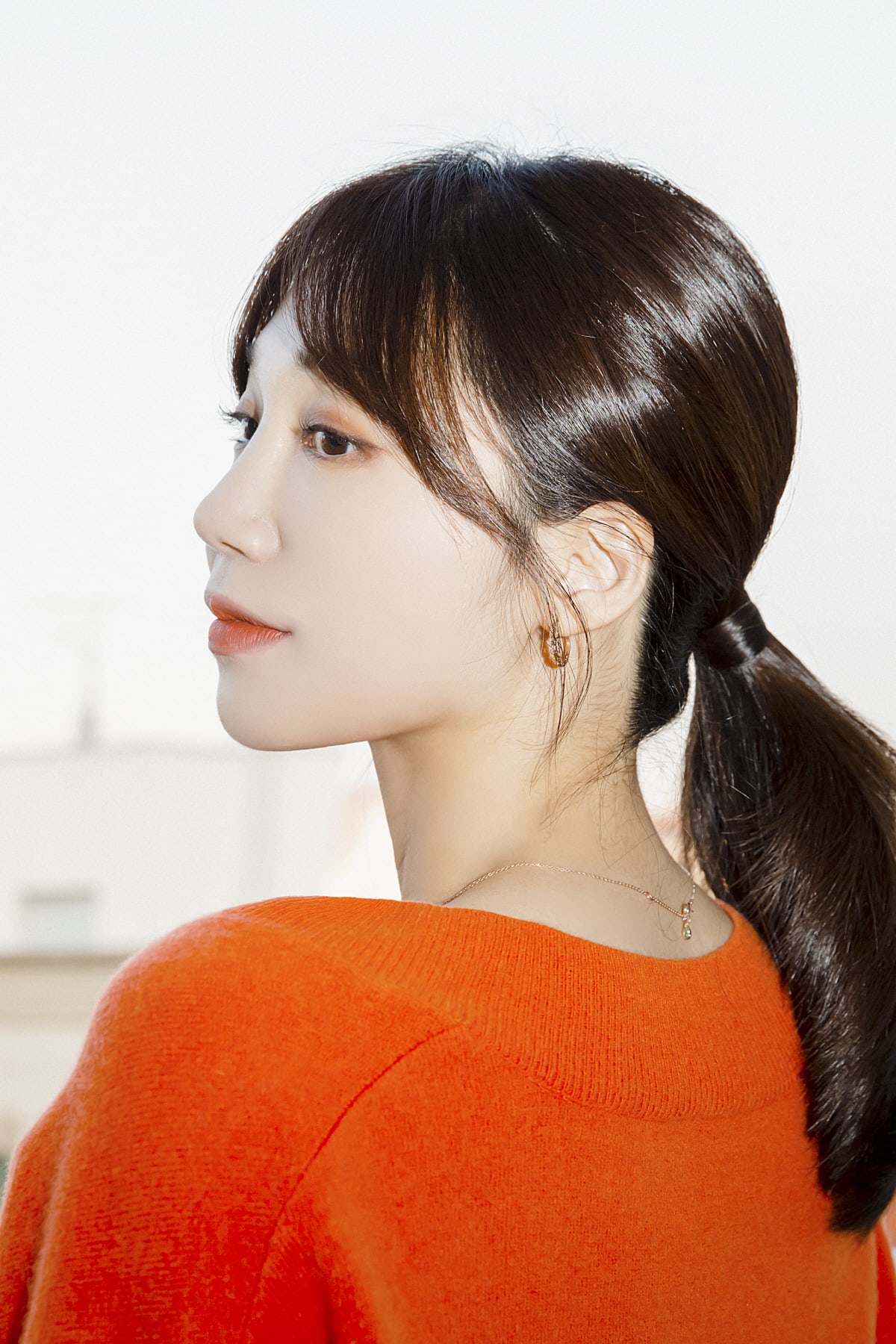 Apink recently celebrated their 10th anniversary together as a group. She said, “It feels like 10 years went by in the blink of an eye. Time goes too fast. Now that it’s been 10 years, there’s something to look forward to, but I also still get nervous when I stand on stage. Even though Apink has been around for so long, compared to our individual activities, we haven’t had that many album promotions. I’m really excited for our fan meeting.” About a potential comeback, she said, “We have a lot of thoughts about how we’ll make our comeback, but right now we’re preparing for the end-of-year performances that are already scheduled. I don’t know what direction we’ll be going in. We keep promoting with the mindset of wanting to be singers that our fans can be proud of.”

“Work Later, Drink Now” was favorably received by audiences. Asked about a memorable response to the drama, Jung Eun Ji said, “I saw a comment that said, ‘I’m a minor but now I want to drink.’ When I saw that, I was like, ‘No, don’t do that. That’s exactly the opposite of what the drama intended.’ People kept saying things like, ‘I haven’t graduated [high school] yet but I want to drink.’ I wanted to answer, ‘You can’t watch it because you’re a minor, why did you watch it?’ but I figured they were on their parents’ account. It’s almost the new year, so I thought, ‘Just wait a little.’” (In Korea, people are considered a year older in the new year.)

Watch: Stray Kids Wants You To Stay For Christmas In Heartwarming MV For “24 To 25”