Gaon Chart has revealed its chart rankings for the week of December 5 to December 11!

ATEEZ topped this week’s physical album chart with their new repackage EP “ZERO : FEVER EPILOGUE,” which debuted at No. 1.

EXO’s Kai’s second solo mini album “Peaches” held onto its spot at No. 2, while ONF’s latest mini album “Goosebumps” climbed back up to No. 3 and IVE’s debut single album “ELEVEN” stayed strong at No. 4.

Finally, two months after its release, aespa’s first mini album “Savage” re-entered the chart at No. 5.

Meanwhile, Davichi’s “Everyday Christmas” and ATEEZ’s “The Real (Heung Ver.)” made their respective debuts on the chart at No. 4 and No. 5. 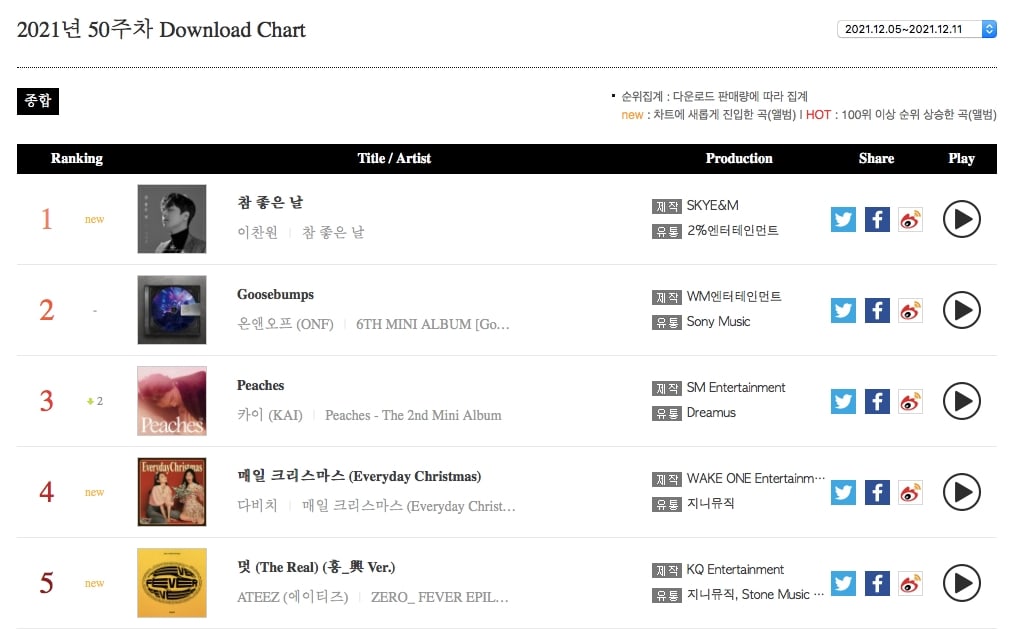 The top five songs on the overall digital chart and the streaming chart were exactly the same this week, with songs from Mnet’s “Show Me the Money 10” continuing to dominate both charts.

Finally, IU’s latest hit “strawberry moon” rounded out the top five on both charts this week. 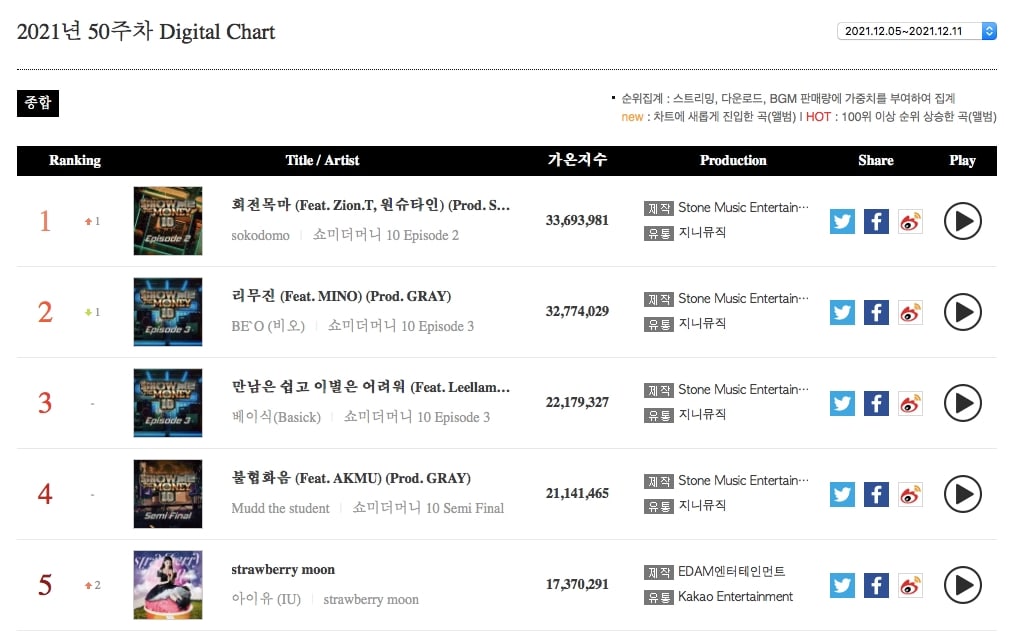 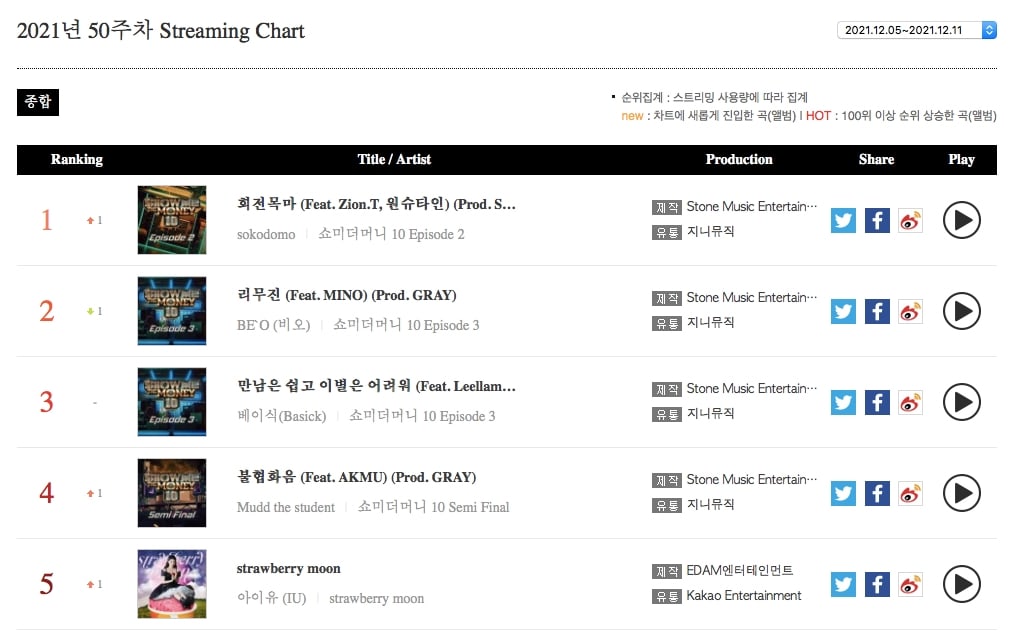 The top five artists on this week’s social chart were exactly the same as last week: BTS continued their reign at No. 1, followed by BLACKPINK’s Lisa at No. 2, BLACKPINK at No. 3, Lim Young Woong at No. 4, and Kim Ho Joong at No. 5. 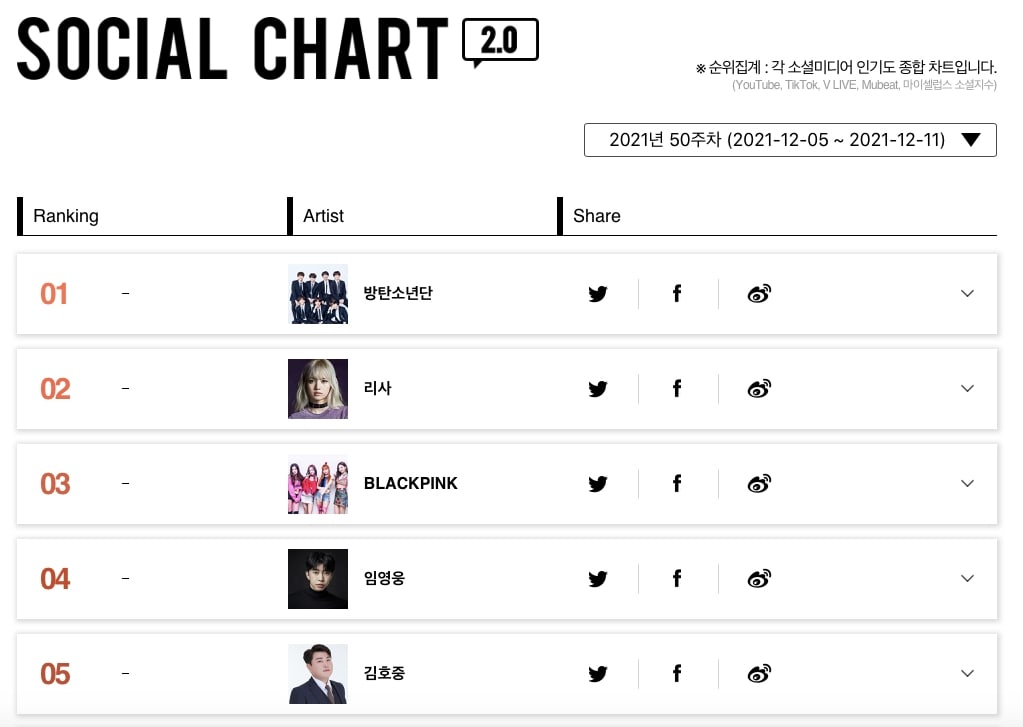 Congratulations to all of the artists!

Stars Walk The Red Carpet For The 2021 SBS Entertainment Awards