BTS’s J-Hope Talks About Christmas Memories, His Dancing And Songwriting Process, Overcoming A Slump, And More

BTS’s J-Hope shared his thoughts about his musical and dancing process and reflected on past memories and hopes for the end of this year.

As the cover stars of the magazine’s January 2022 issue, each of the seven BTS members sat down for a separate interview. J-Hope’s kicked off with a reminiscence about one of his most memorable Christmas Eves. On December 24, 2010, he moved from Gwangju to Seoul to become a trainee. On that day, Korea was in the middle of its most severe cold snap in 30 years. J-Hope said, “It feels like I closed my eyes just for a moment and here we are as BTS.” 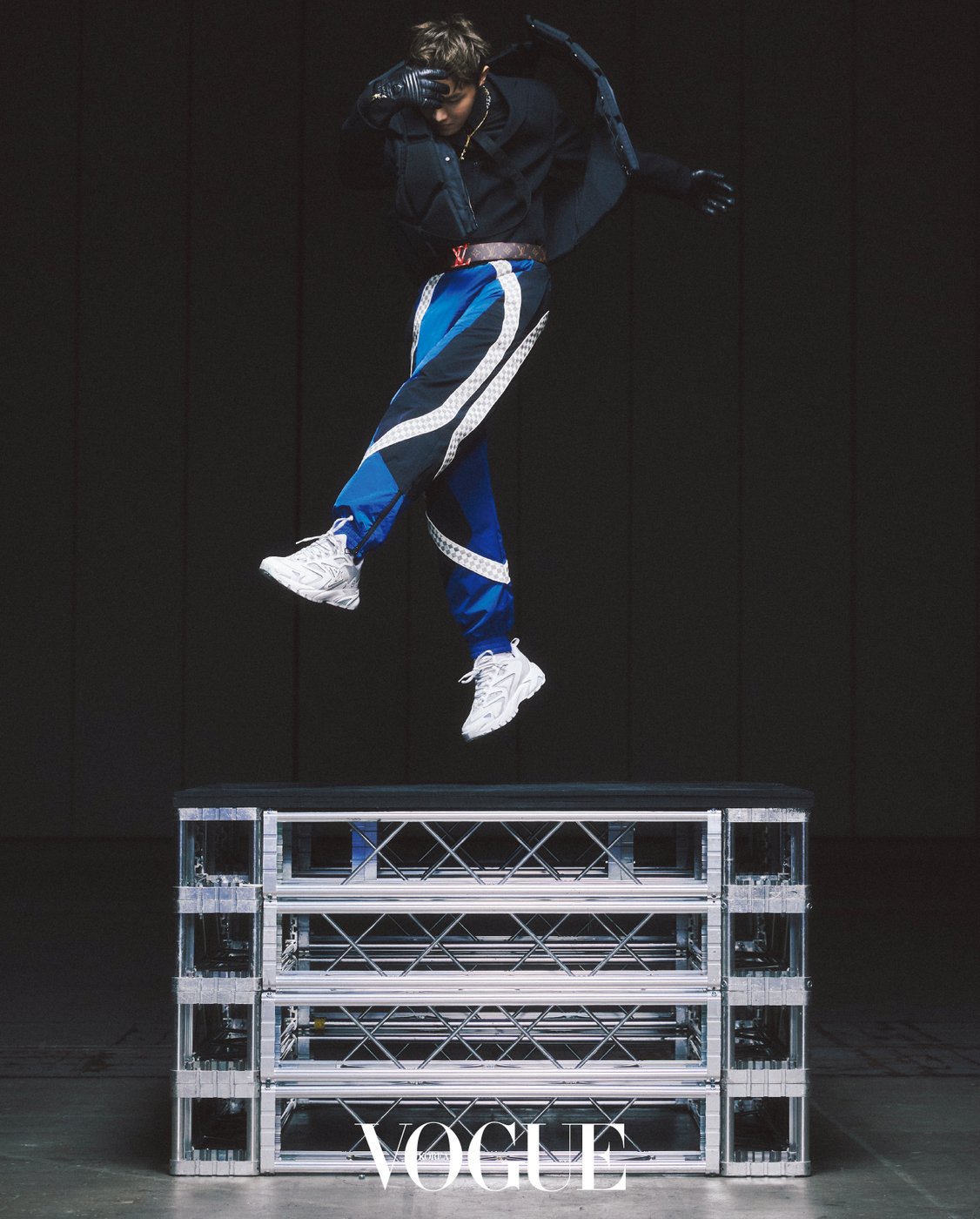 Over the past few months, BTS held their first in-person concert in two years at the SoFi Stadium in Los Angeles, released a collaboration with Coldplay, and became the first Asian artists to win Artist of the Year at the 2021 American Music Awards. J-Hope recollected going to see Coldplay’s concert in Korea with RM in April 2017. “As a fan, I wanted to see them perform,” he said, “but I also wanted to see how a stadium concert was run. Coldplay are famous for their stadium world tours, and that was our dream at the time.” Soon, BTS would achieve that dream with their “Love Yourself: Speak Yourself” tour. 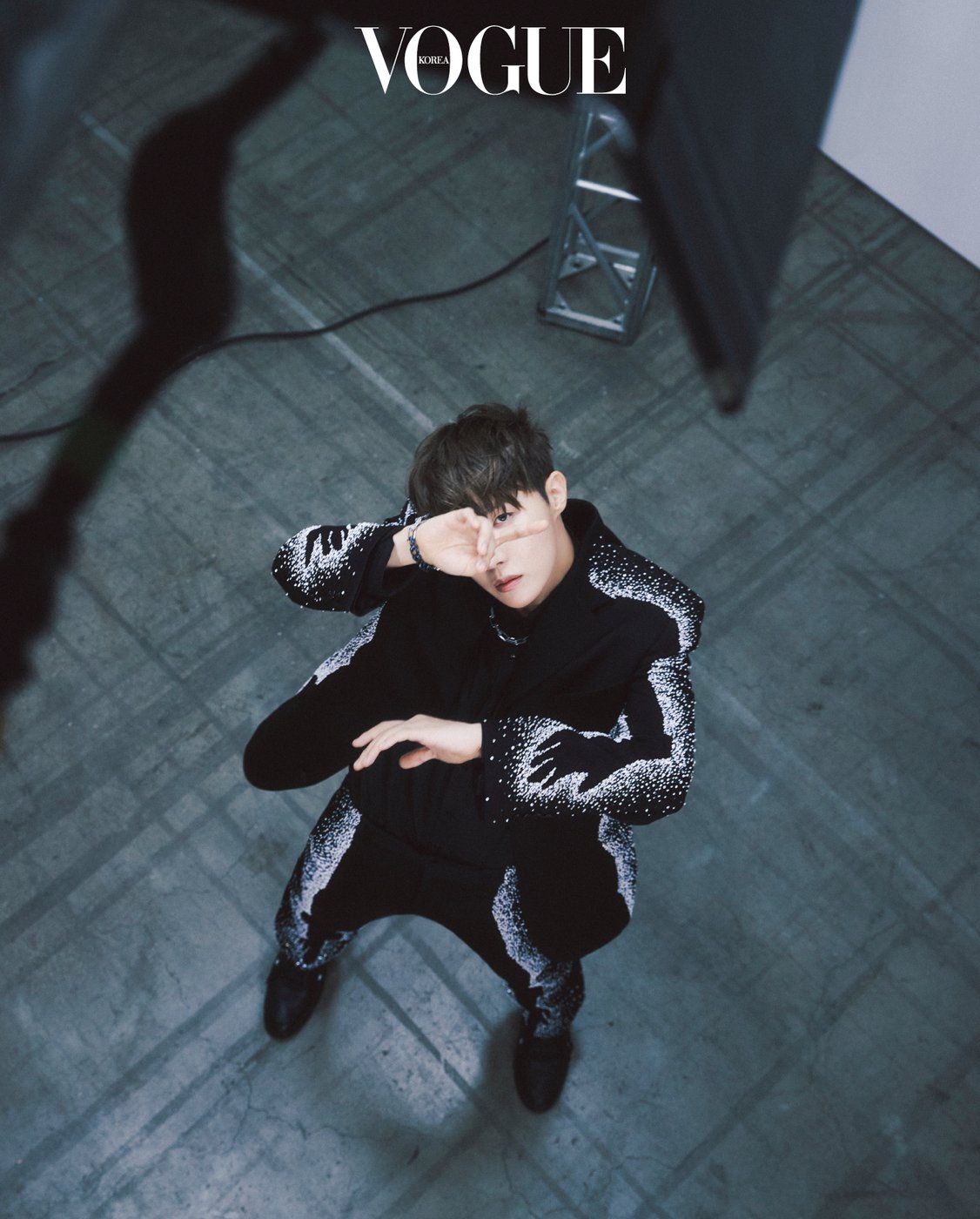 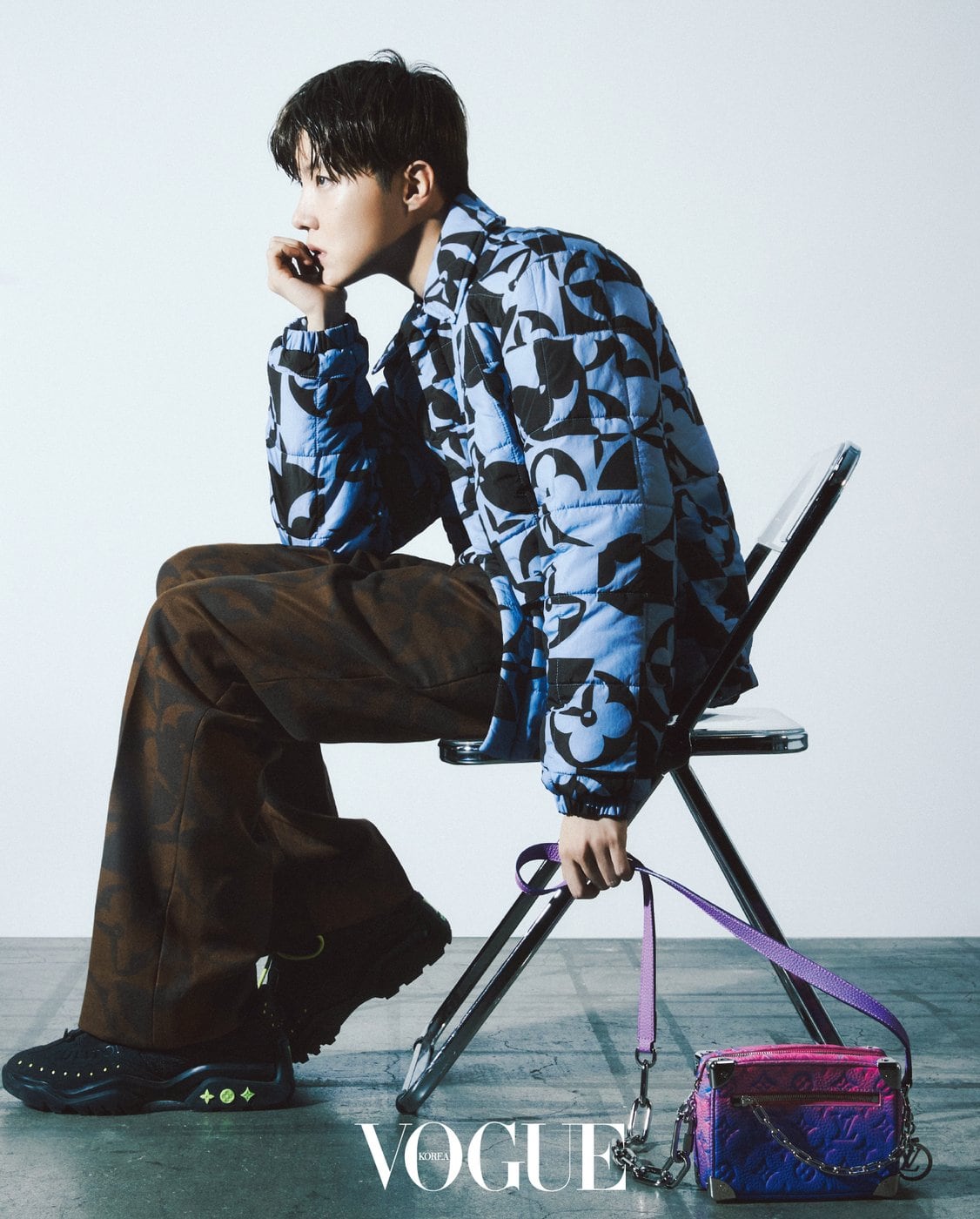 J-Hope’s “Chicken Noodle Soup” is a throwback to his roots as a kid who loved to dance and dreamed of becoming a singer. He said, “When I enter the practice room, I feel a sense of responsibility, and a lot of memories from the past bubble up. I think, ‘I used to be someone like this.’” He added with a laugh that the first thing he does when he practices is go to the bathroom. “I need to let it out all out before I warm up. I casually listen to the music I’m going to practice and immerse my body in that vibe and feeling. I think that’s how I focus. Honestly, I’m not able to practice as much as before. That time, I was just crazy for dancing… Now I just do as much as I enjoy! I’m the type to focus on something where I’m lacking, so the practice time depends on the situation.” 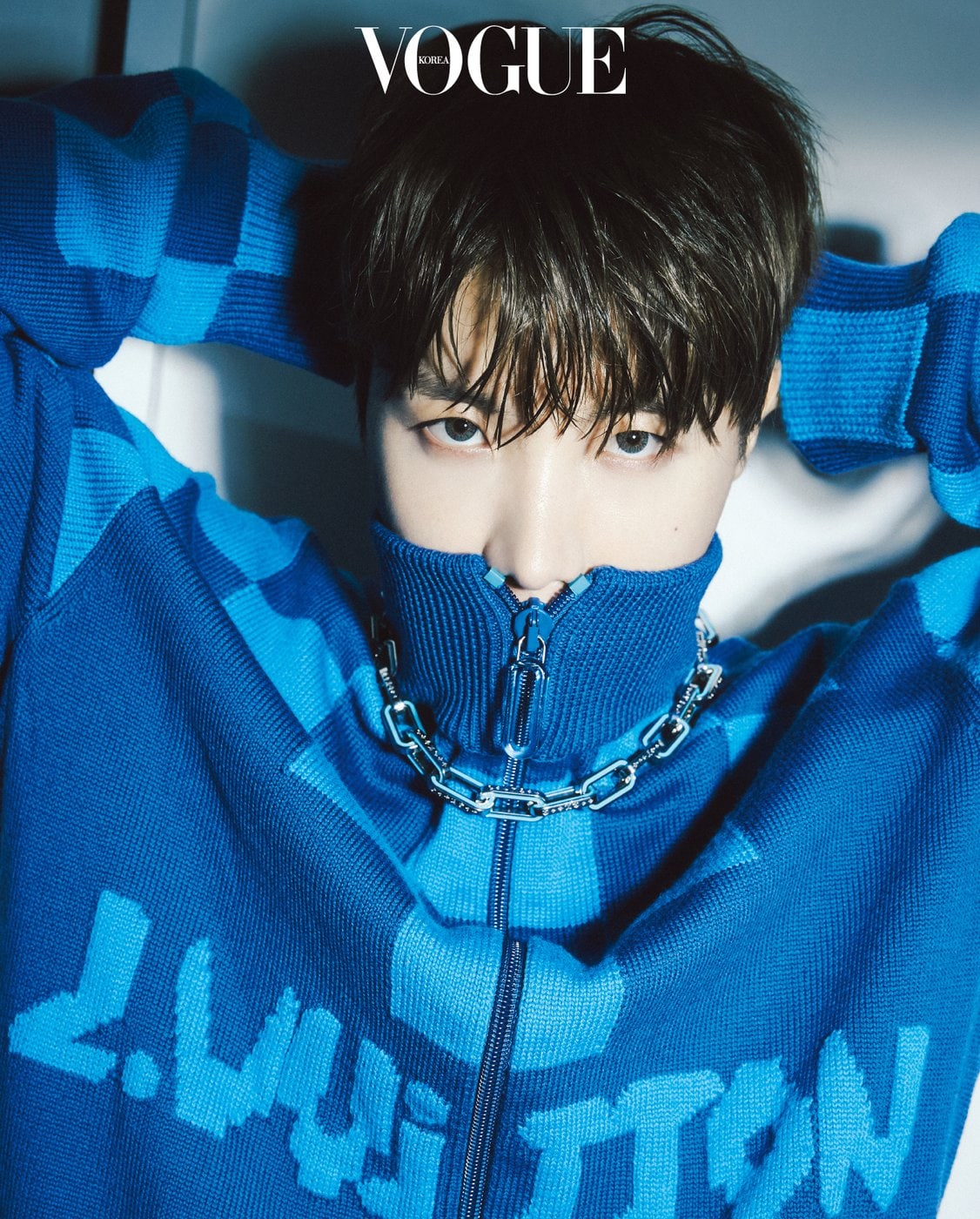 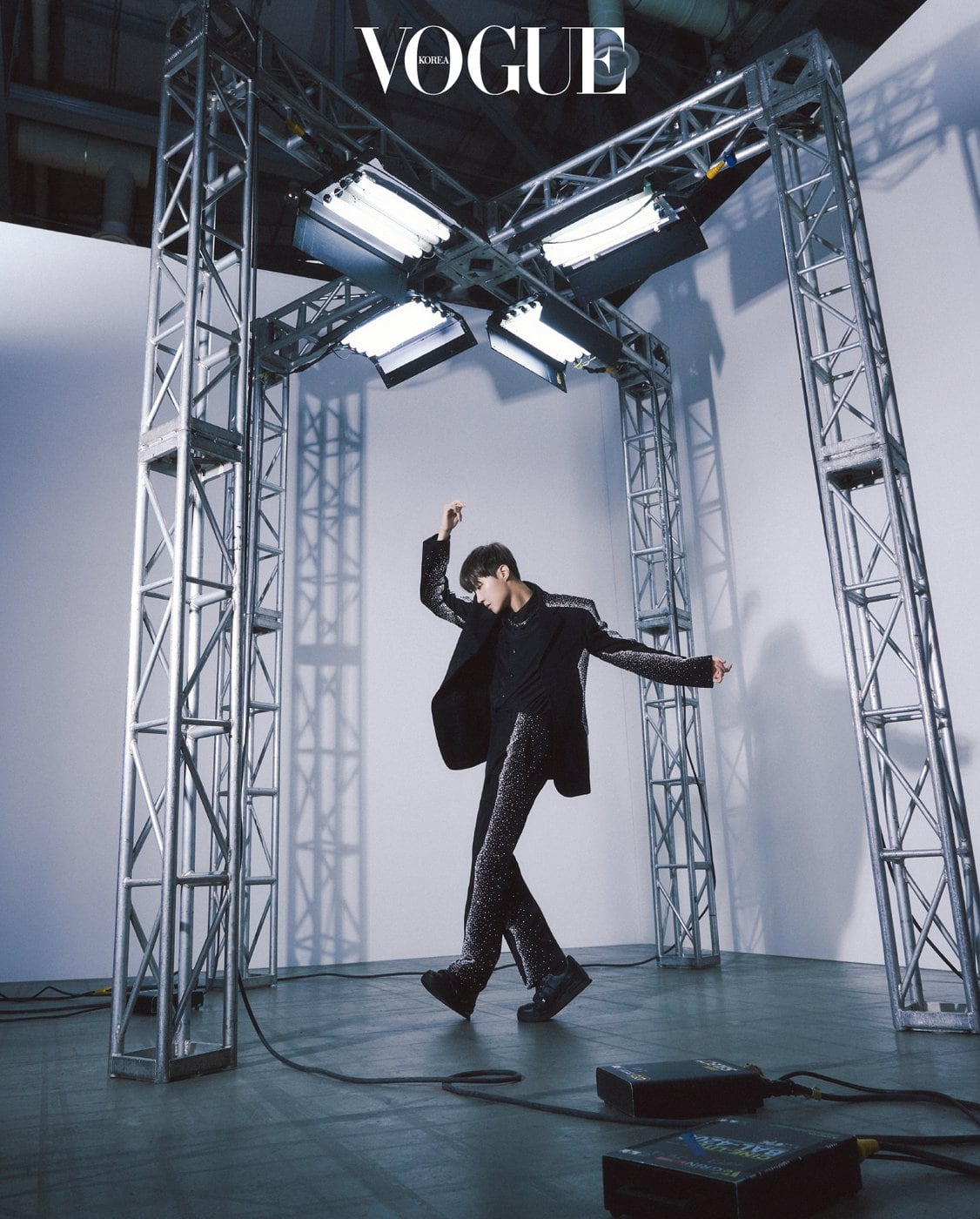 Regarding his musical process, J-Hope explained that he gets more inspiration form his daily life than from his imagination. “I say this all the time, but I learn a lot from each album production process,” he said. “While writing for the ‘Love Yourself’ album, I was able to grow into a mature person who loves himself a little more. Recently, I’ve been asking myself what happiness is. Sometimes, I get more comfort from animals like dogs or little creatures who can’t even talk. It’s a small thing, but I get a lot of happiness from it.”

J-Hope also spoke honestly about going through a slump in his music. “I’m someone who got into music through dance,” he said. “I still need direction when it comes to music. Recently, I met a lot of producers and showed them my music and got feedback, and fell into a dilemma. I realized that I had chosen a difficult musical direction, and it shook me up mentally. I wanted to resolve it quickly, but it wasn’t coming out the way I wanted, so I felt ashamed and wondered, ‘Is this my limit?’ I’m gradually overcoming this.” He said matter-of-factly that he had erased all of the songs he had made until now and was starting from scratch. 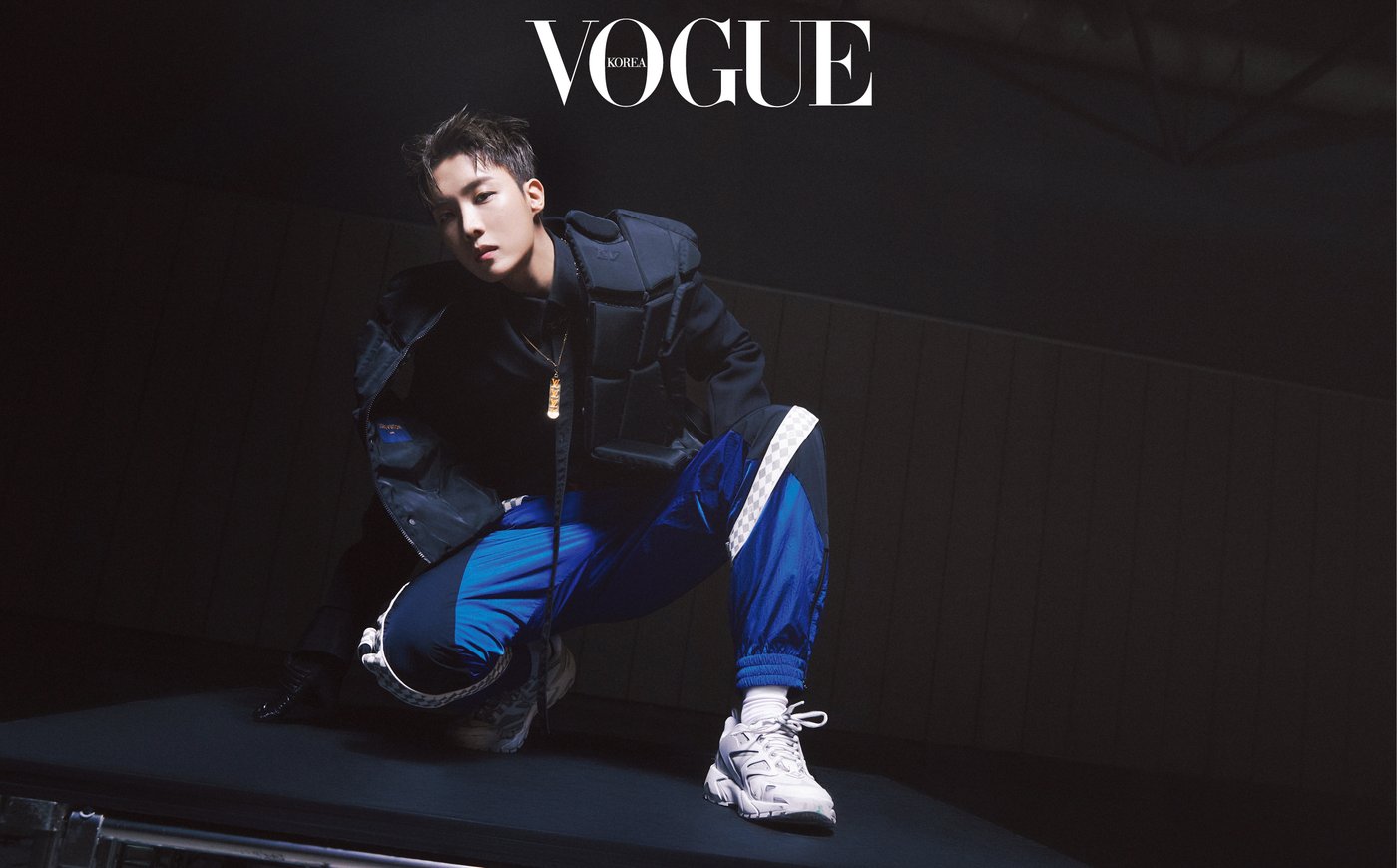 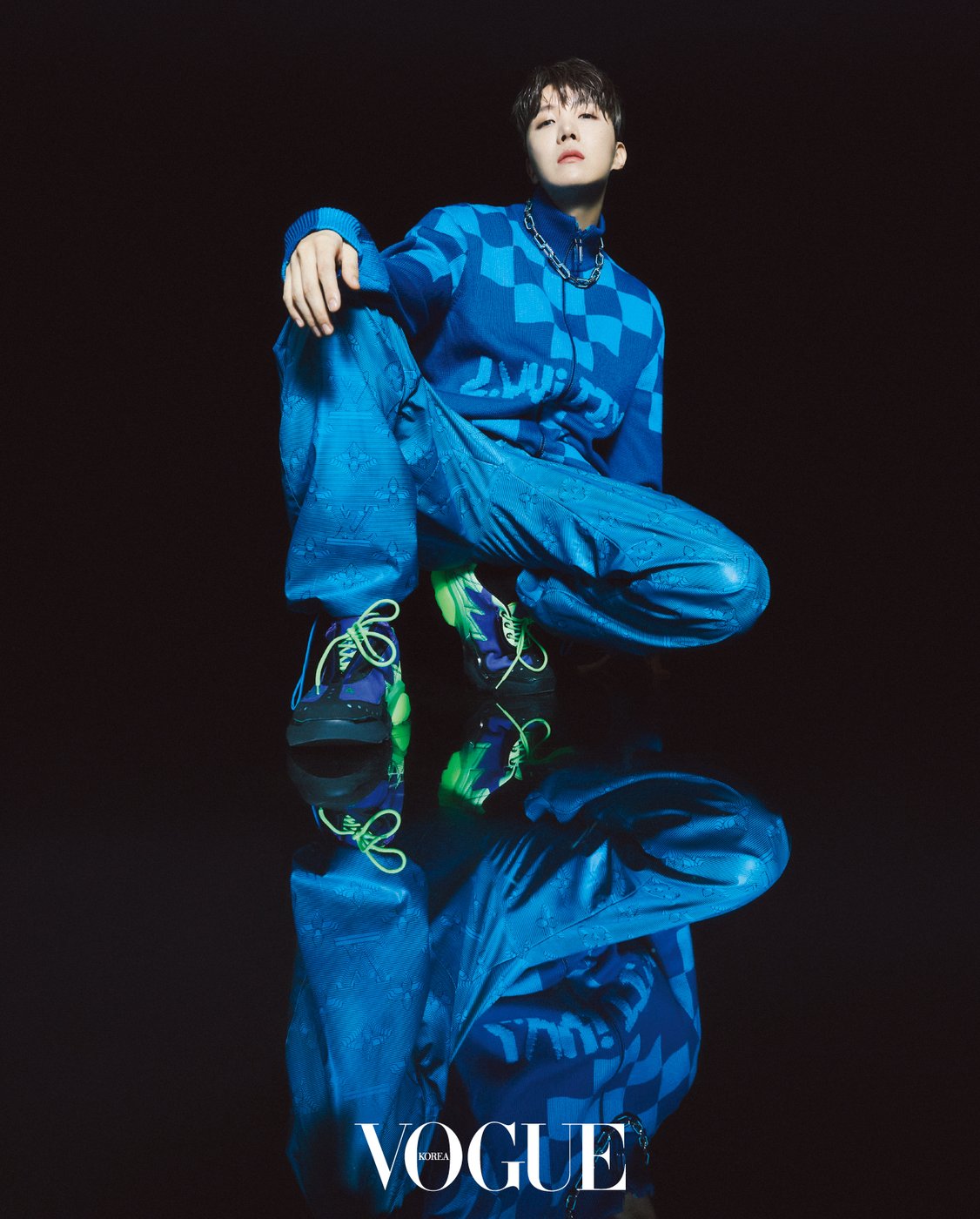 More than a decade after his first Christmas as a trainee in Seoul, J-Hope will spend this year’s Christmas as a two-time Grammy nominee. He said, “After I became a trainee, I didn’t have much memories of Christmas. I was always working on something or practicing, and after we debuted, we were busy with the end-of-year shows. This is a small wish, but I really want to enjoy Christmas this year quietly and privately with my family.” 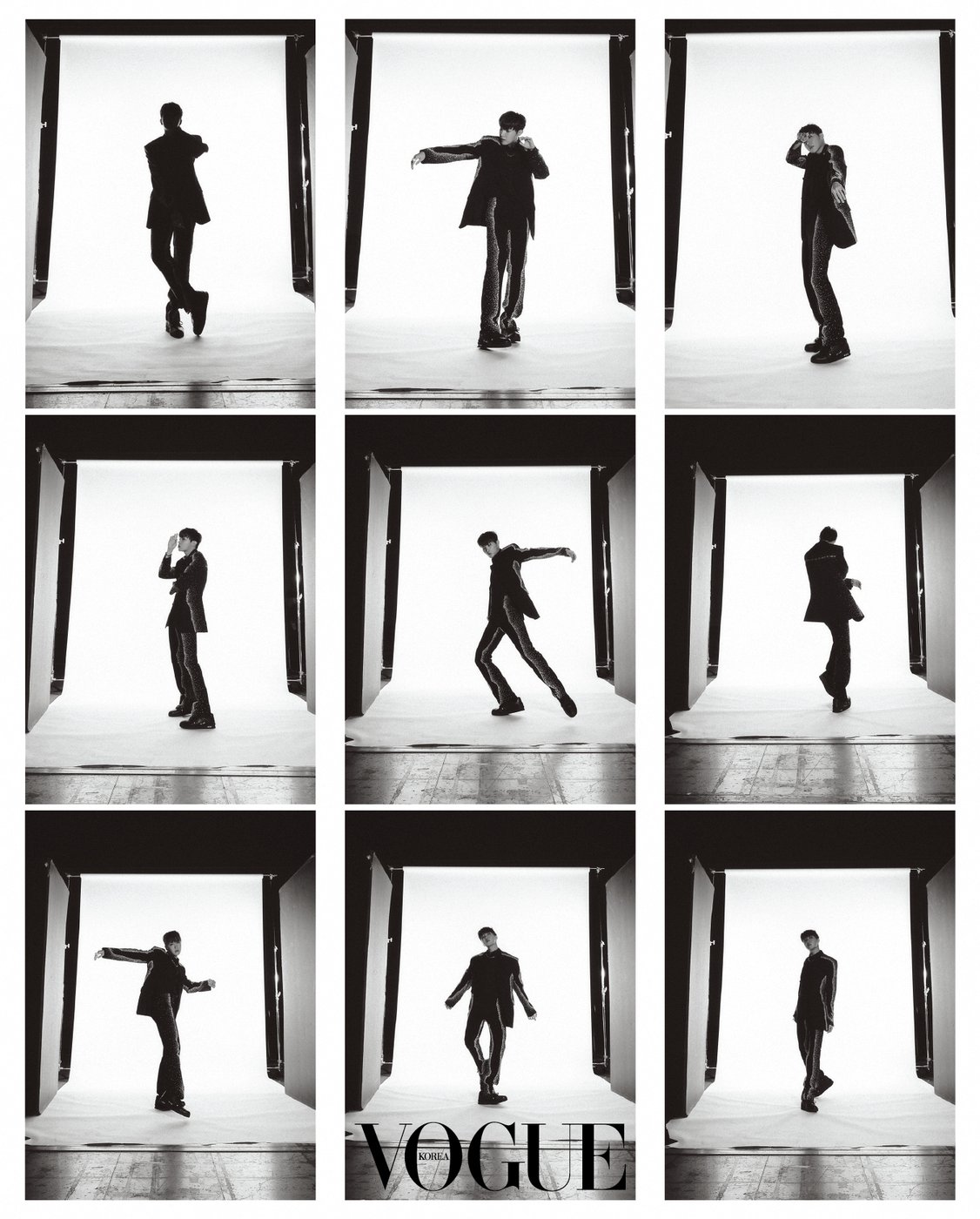 Stonebwoy is heir to the Dancehall throne; I thought he was Jamaican until he spoke Ewe – Beenie Man – Ghana Music