BTS’s Jimin Talks About Wanting To Perform For An Audience, Honest Conversations With His Members, And More

BTS’s Jimin reflected on his sincere thoughts as a performer and as an individual in a recent interview and pictorial for Vogue Korea!

As the cover stars of the magazine’s January 2022 issue, each of the seven BTS members sat down for a separate interview. Modeling a bold pink suit first, Jimin shared, “I like simple clothing with solid color, so I took on a challenge this time. It was fun although it was difficult to pull off. I like clothing, but I honestly shop for the fun of showing the fans. However, these days there’s no place to wear them and show them off, so I only buy workout clothes.”

Vogue had met with the BTS members following the exciting news of their offline concert after a long period of not performing in front of an audience. Jimin remarked, “Two years was longer than I thought it would be. I haven’t lived long, but the only thing I’ve done until now is [performing on stage]. I worked passionately because I just wanted to be good at that, but since I couldn’t do that work—although I’m cautious about saying this—I was sad because the days I had lived felt like they were being denied. I literally reached a plateau.” 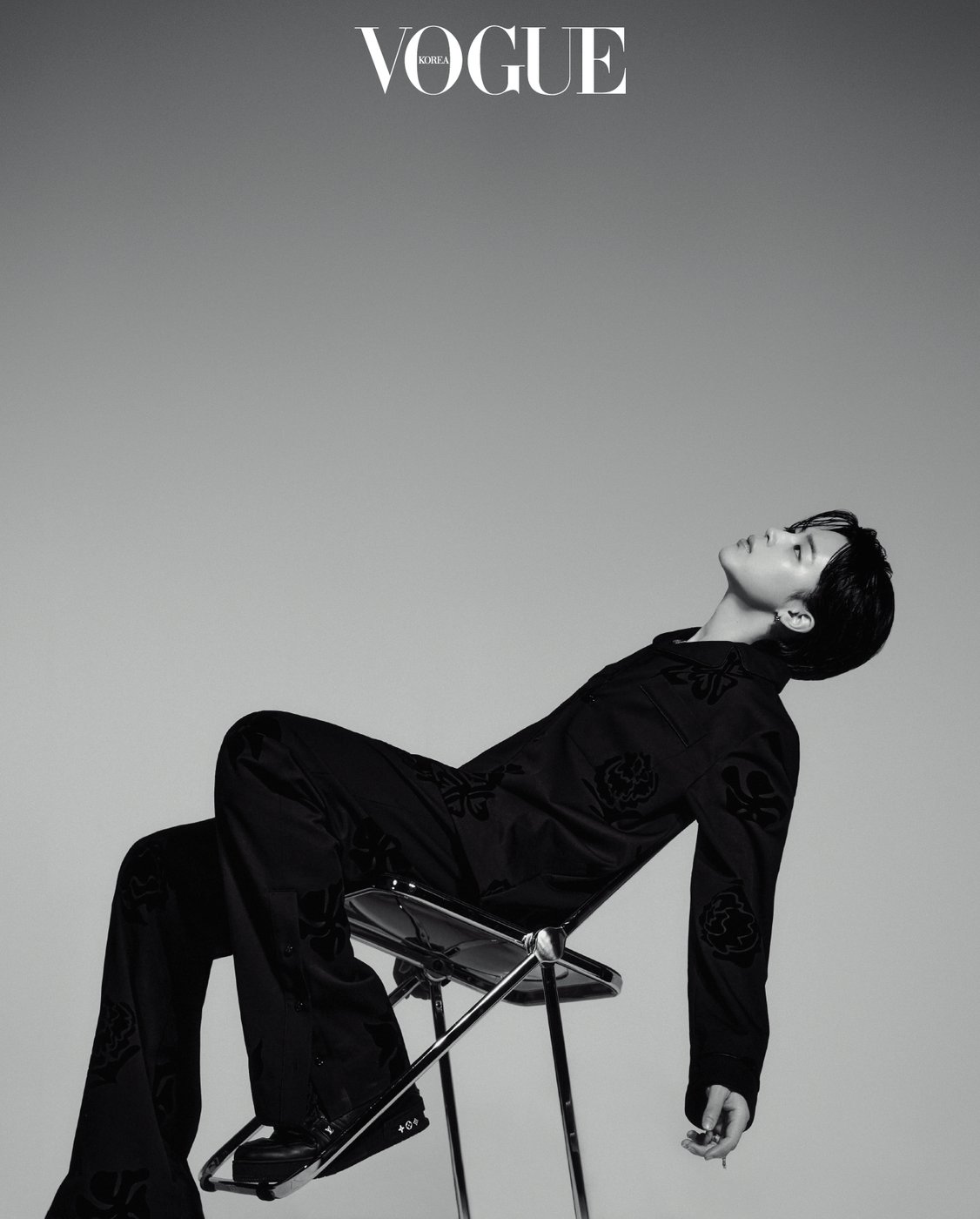 He elaborated, “Since there was no feedback from the audience, everything felt uncertain and like a rehearsal even when I worked hard. It didn’t feel real. While doing the online concert recently, I thought a lot about, ‘Is this okay?’ and, ‘It won’t do to continue like this.’ I wondered, ‘Is this the performance we were pursuing?’ and although I don’t think of concerts as practice, I think I have to find the answer myself while facing them head-on.” 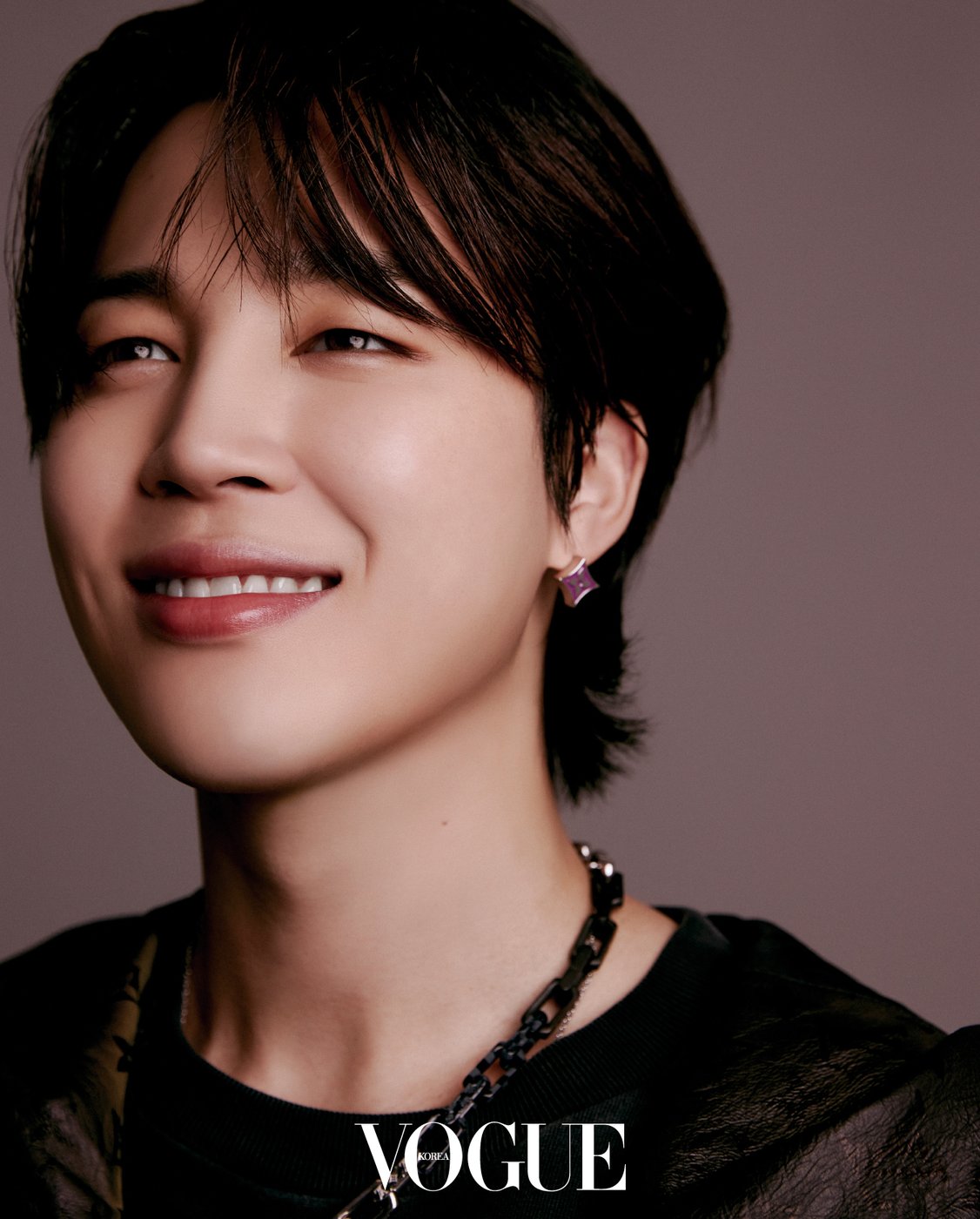 Regarding what’s next to come, Jimin shared, “We’re wondering if we should find something new or rearrange what we’ve done until now. Many concerns about what kind of music, style, and dance we should show get mixed up, so there’s a lot we have to solve. A lot of these concerns have come again, so I’m having fun.”

When asked if he has a favorite song as a vocalist, Jimin replied, “It’s difficult to be satisfied with my singing. I also like songs with a lot of technique, but they’re difficult to control and painful to sing live, so I’m looking for a solution. I’ve basically found my individuality first even though my groundwork isn’t strong. That’s why I’m going back to the beginning—to be simple. That process is difficult but fun because our youngest (Jungkook) is doing well as the main vocalist, and he thinks about the issue with me while having conversations like this. Those conversations and concerns make me happy.” 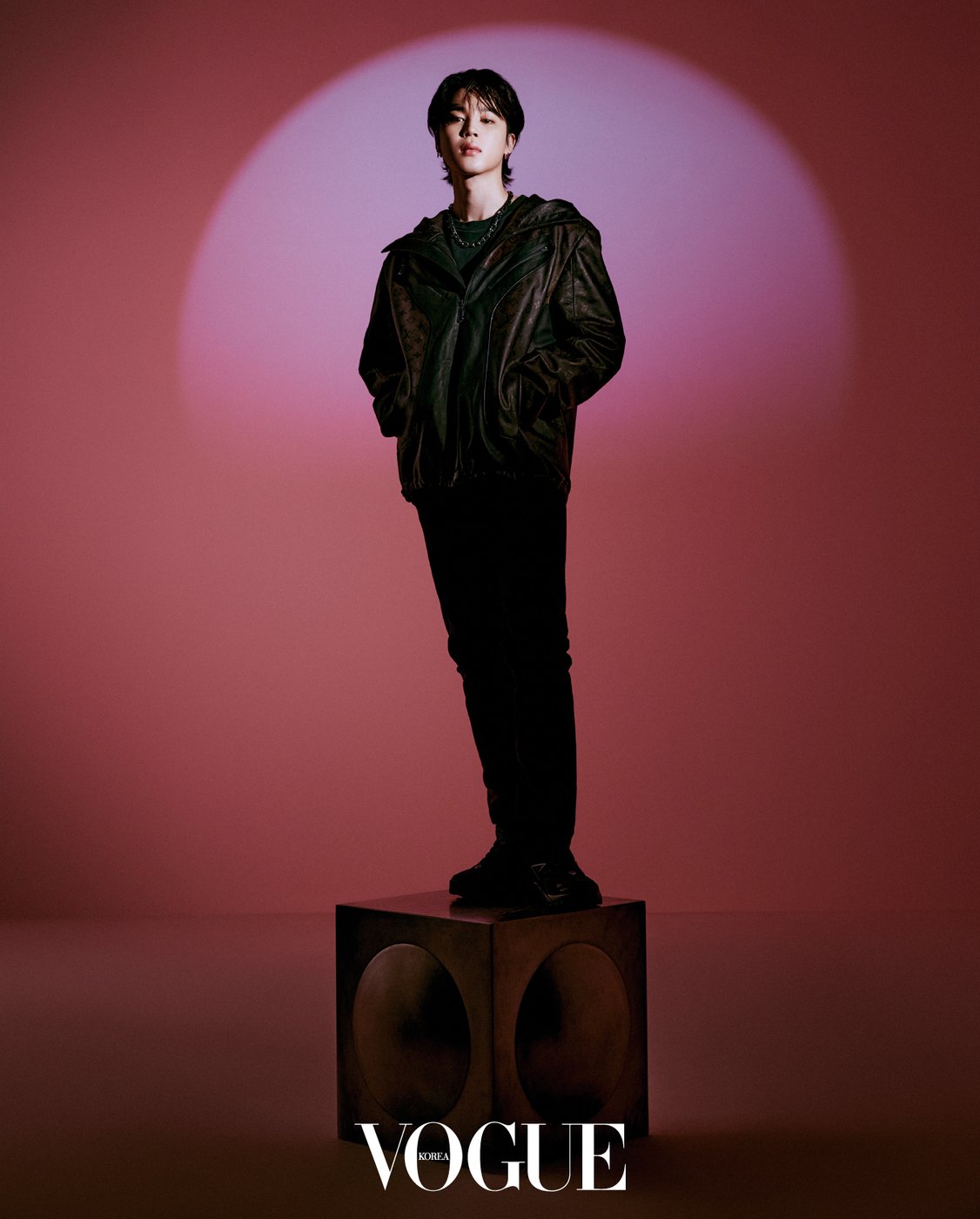 The artist also talked about BTS’s teamwork. He revealed, “We influence each other in all aspects from dancing to singing and performing. We think, ‘Oh, he’s pretty good. I should try it like that.’ Even when there are problems, thinking about why the team exists and for what reason we started the team helps to bring me to my senses again. It was difficult for us at first too. We also fought. It was our first time being a part of society. However, I think it’s a relief that I have the members now.”

He added, “Since I’m young, it’s hard to be honest with my friends, excluding the members. There are many times I don’t like the side of me that seems fake. I like it when I talk with the members because I can be completely honest.” 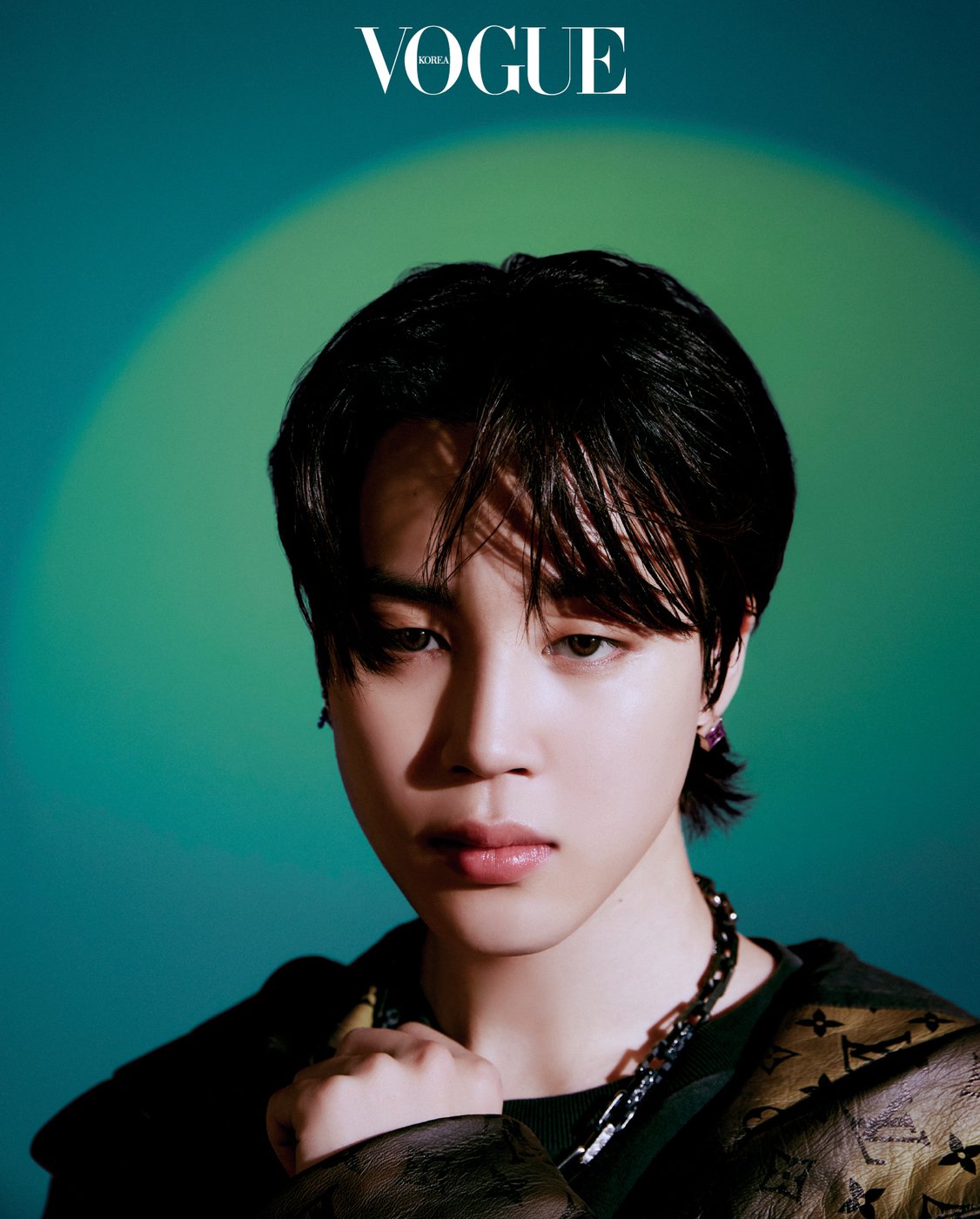 Jimin revealed that he also spent a lot of time thinking about himself and what he likes and dislikes. He explained, “These days, I’m doing totally fine. I feel that I can be happy.” On a new aspect he discovered about himself, Jimin shared, “I’m so lazy! I’m so lazy about washing up that I take off one article of clothing and move around for 30 minutes before removing another piece. Haha.” 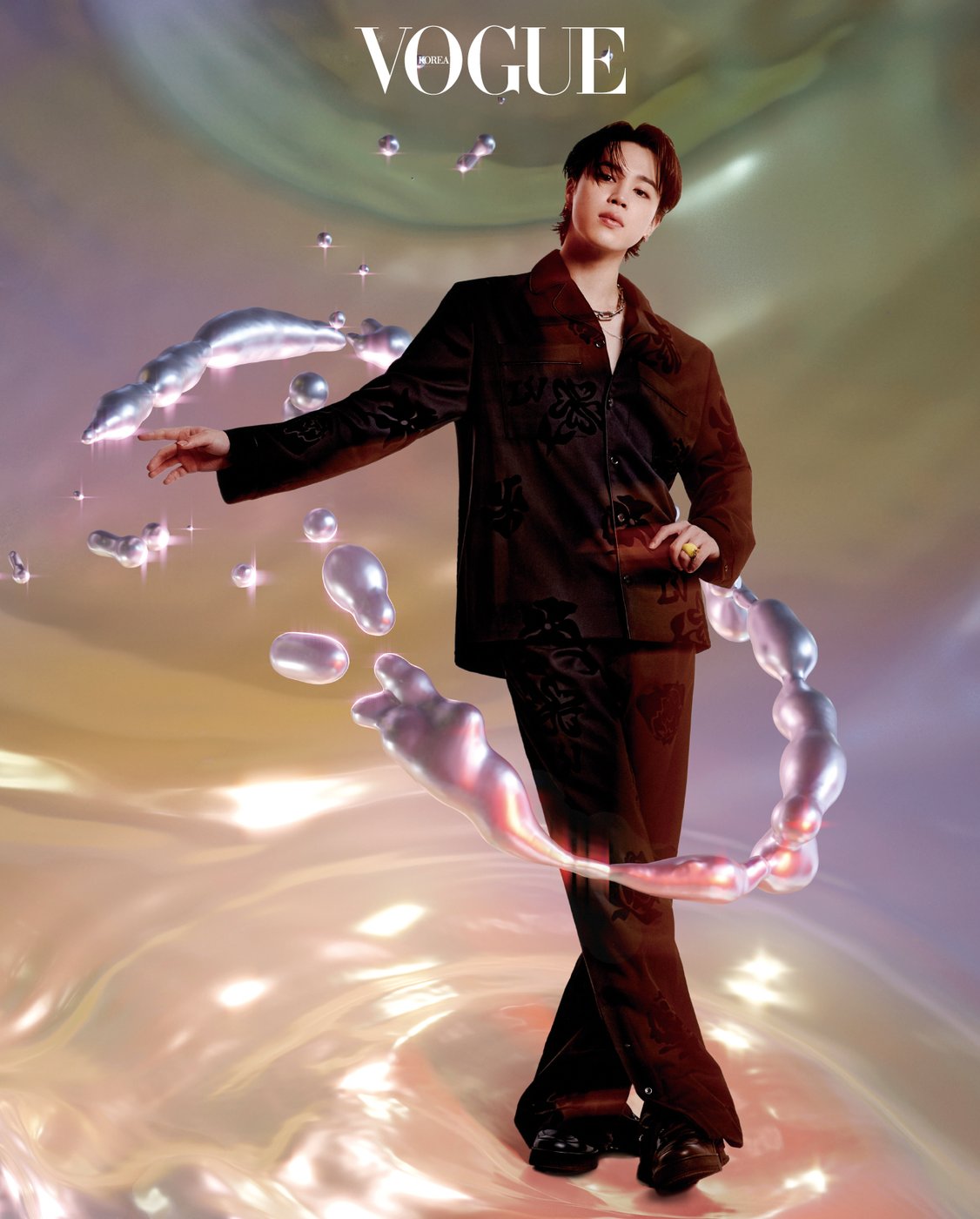 The artist explained that he recently started to find comfort in emptying his mind rather than holding on to concerns, especially because he didn’t have a hobby in the past. He shared, “I do cardio exercises every day, meet friends, and I live while being satisfied with that. These days, I run. At first, I felt like I was dying from just running 2.5 kilometers (approximately 1.6 miles), but I’ve now come to run 8 kilometers (approximately 5 miles). I was charmed by running because I like running while facing the wind without any thoughts. In the past, I was scared and didn’t like that I got a lot of thoughts when I was alone. However, now I think I need time alone, and running helps to empty my mind.” 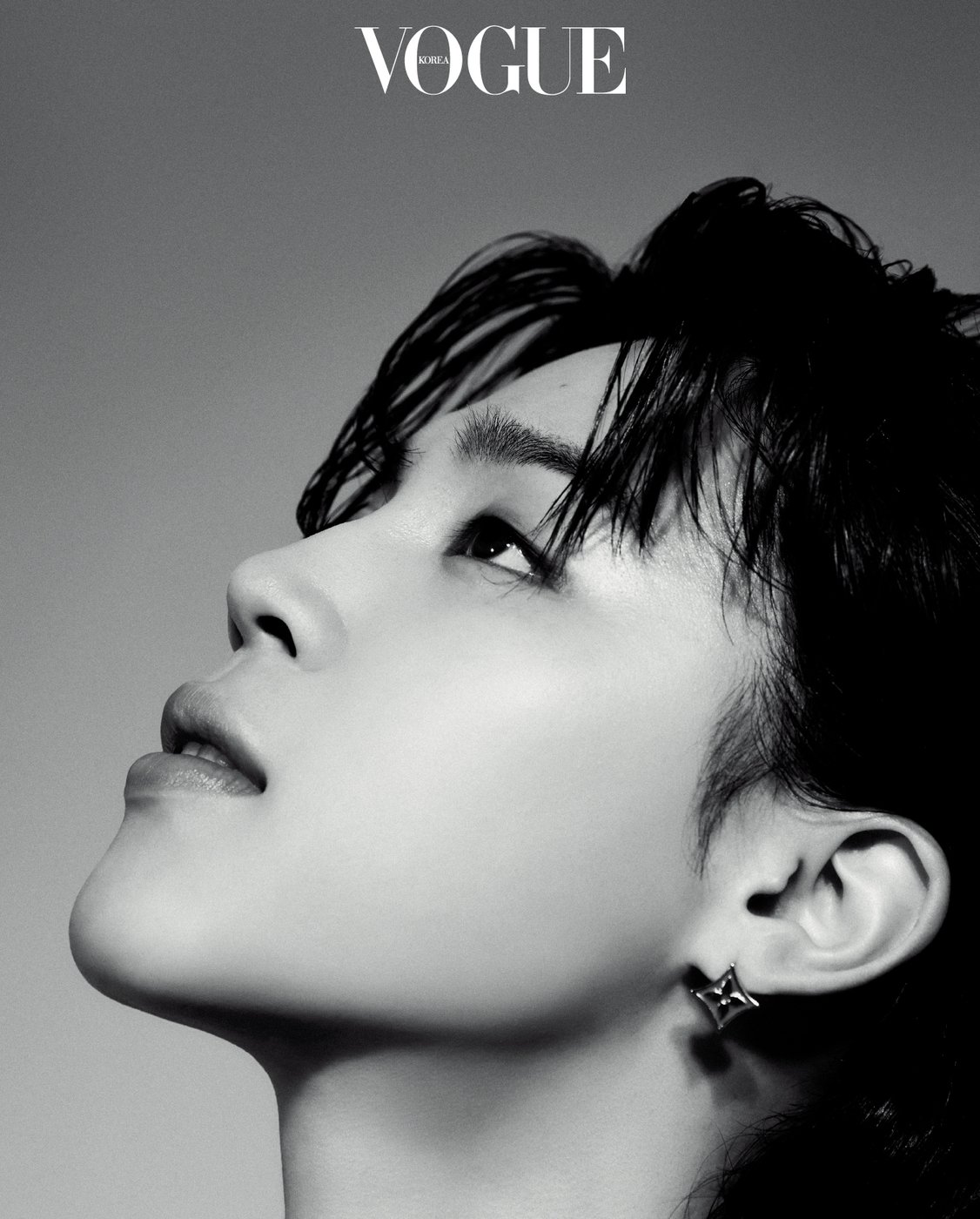 Recently, BTS was once again nominated for 2022 Best Pop Duo/Group Performance by the 2022 Grammy Awards. Jimin shared, “Winning a Grammy was something we couldn’t imagine, but to think we’d become one of the nominees! I think it’d be nice to win it while we’re at it so fans can be happy. However, being nominated alone is happy news, and if possible, I want to go there personally to let them hear my voice.”