BTS’s Jin Explains His “Worldwide Handsome” Nickname, The BTS Lyric That Changed His Life, And More

In a recent interview and pictorial for Vogue Korea, BTS’s Jin opened up about his life philosophy and more!

As the cover stars of the magazine’s January 2022 issue, each of the seven BTS members sat down for a separate interview, and Jin’s was a jovial conversation that perfectly captured his sunny, down-to-earth personality.

Describing his everyday routine when he wasn’t busy with BTS promotions, Jin proudly revealed that he likes wasting time on his days off, spending hours gaming, spacing out, checking his phone, or mindlessly watching TV. “Some might call it pathetic,” he quipped cheerfully, but “I’m someone who does whatever I feel like.”

Jin went on to explain that he believes there’s value and purpose in idling the time away and just relaxing. “I’m someone who believes in the usefulness of uselessness,” he remarked. “You need to have days that some people might call useless in order to focus better on the days where you do useful things.”

Throughout the interview, Jin tried to keep things lighthearted with jokes, explaining, “I don’t like it when the atmosphere gets serious. When the atmosphere starts to feel too serious, I try to lighten things up.”

When asked if there were ever any moments when he wasn’t on stage where he got serious, he replied with a laugh, “There really aren’t. Typically, when a serious person and a lighthearted person have a conversation, one person winds up giving in and matching the other’s vibe. Most of the time, the conversation winds up turning serious, but I’m not like that. There’s a staff member at our company who’s extremely serious, and even when I talk to that staff member, I’ll spend 20 out of 30 minutes making jokes. If I feel like someone is so serious that I wouldn’t get along well with them, I’ll quickly try to avoid them.”

As for why Jin hates it when things feel too serious, he said simply, “Because it’s no fun. It’s the same whether I’m doing an interview or chatting with my friends.”

“Of course, I’m serious about work,” he continued. “But aside from when I’m on stage, I spend about 80 to 90 percent of the time joking around.”

He went on to add, “I think having fun is one of the things that makes it possible for me to work without getting burned out.” 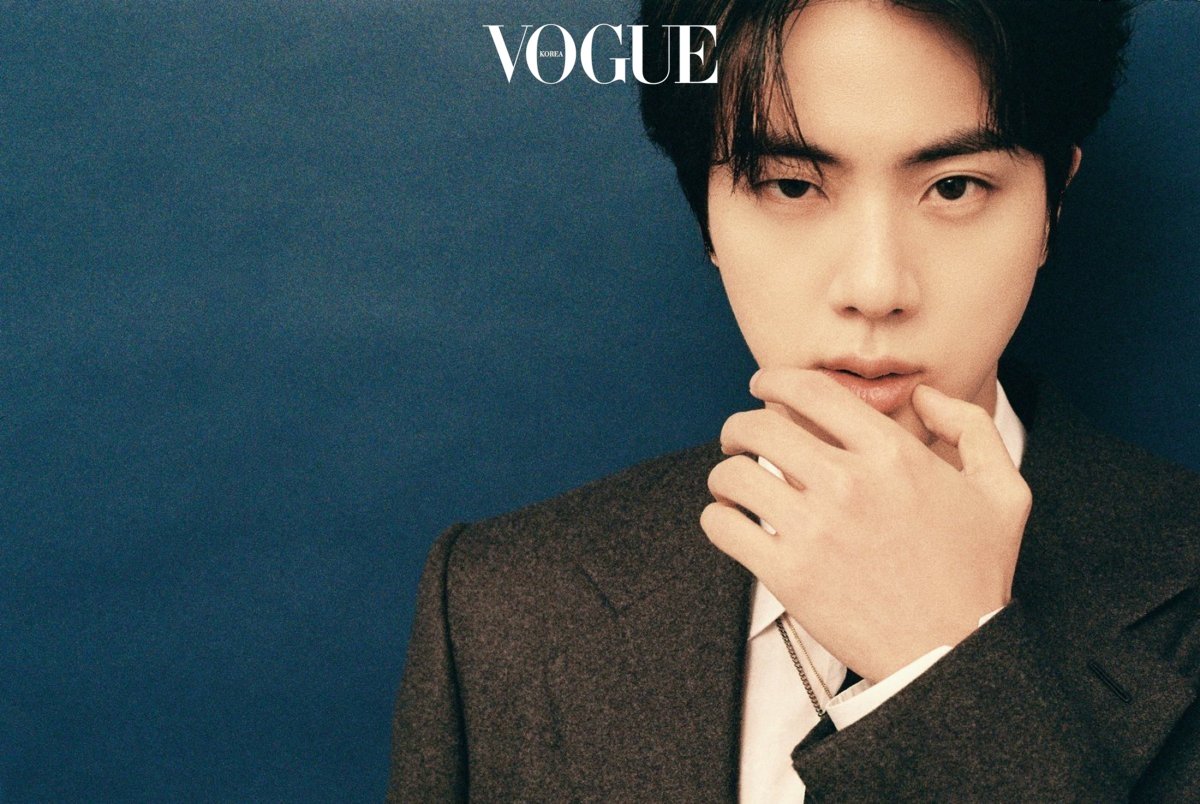 Jin also spoke humbly about his own talents, commenting, “I’m nothing special, and I’m someone who doesn’t particularly excel at anything. Though people around me don’t think of me that way at all… if I even start to say something like this, they’ll say, ‘How can you say that? You’ve accomplished amazing things.’ But I still have a hard time accepting that. If someone were to ask me what sets me apart from other people, I wouldn’t have much to say other than ‘I’m a member of BTS.’”

He went on to play down his “Worldwide Handsome” nickname, explaining that he tosses around the phrase as a joke. 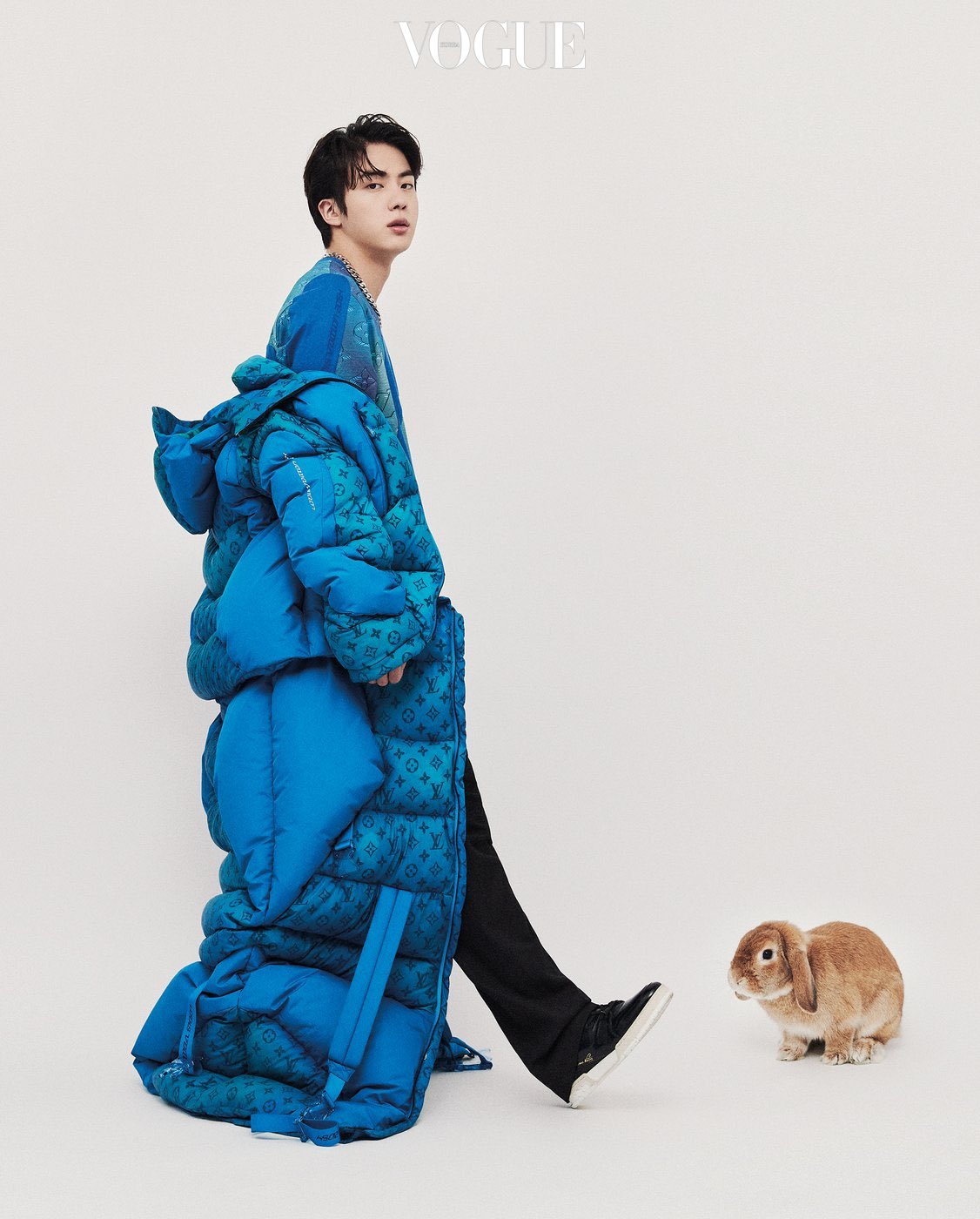 He added, “You know how everyone is born with a certain talent? I think my talent is that when something unpleasant happens or when I’m having a tough time mentally, I’m able to forget things quickly.”

When asked about his secret to leaving the past behind and moving on, Jin replied, “If I focus on my everyday life, I naturally wind up forgetting and moving forward.” 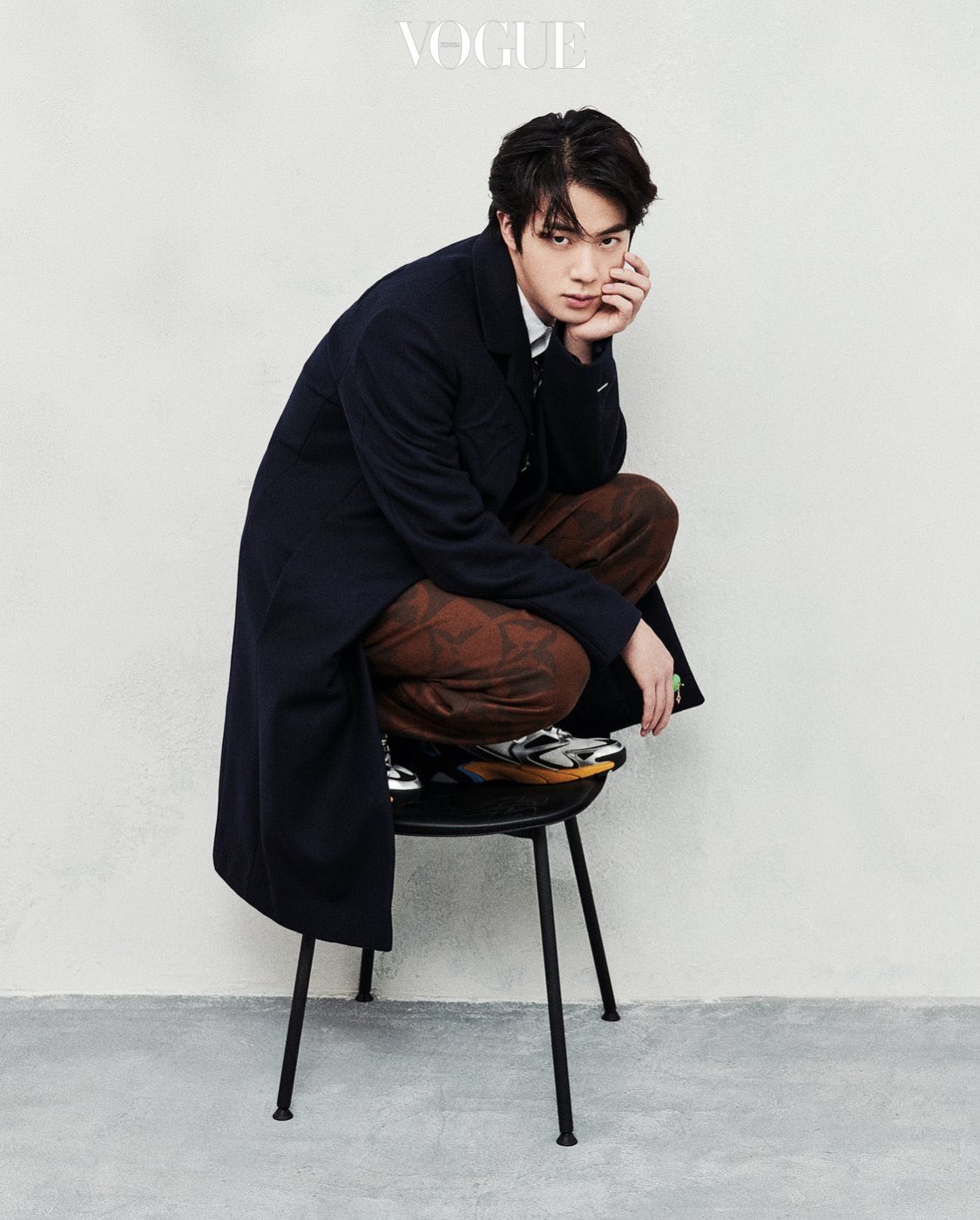 Jin’s image has changed somewhat since his debut—in the early days of BTS’s career, he stayed relatively quiet and preserved an “ice prince” image. However, Jin’s outlook on life changed after being inspired by a line from BTS’s own 2016 hit “Fire“: “Live the way you want to, it’s your life anyway. Don’t try too hard, it’s okay to lose.”

“In the past, I used to sort of distinguish between BTS’s Jin and the person Kim Seokjin, but I don’t anymore,” he said. “I think the way I act on TV is the same way I live in real life.”

Finally, Jin shared that ever since 2020, he’s been living with an unusual goal: “Living without thinking.”

“It’s definitely not an easy goal,” said Jin. “Because all sorts of little thoughts creep into your head. ‘I have to do this tomorrow, and the day after, I have to do something else…’ I’m someone who’s always disliked planning. Because once you come up with a schedule, you have to stick to it, and I find that difficult. So when I travel, I’m the type to do things spontaneously. Of course, it’s probably a good idea to have a big picture or framework when it comes to your life, but I’ve been avoiding detailed planning. Because it gives me a headache.”

He concluded with a laugh, “I think I’m happier these days because I’m living without thinking.” 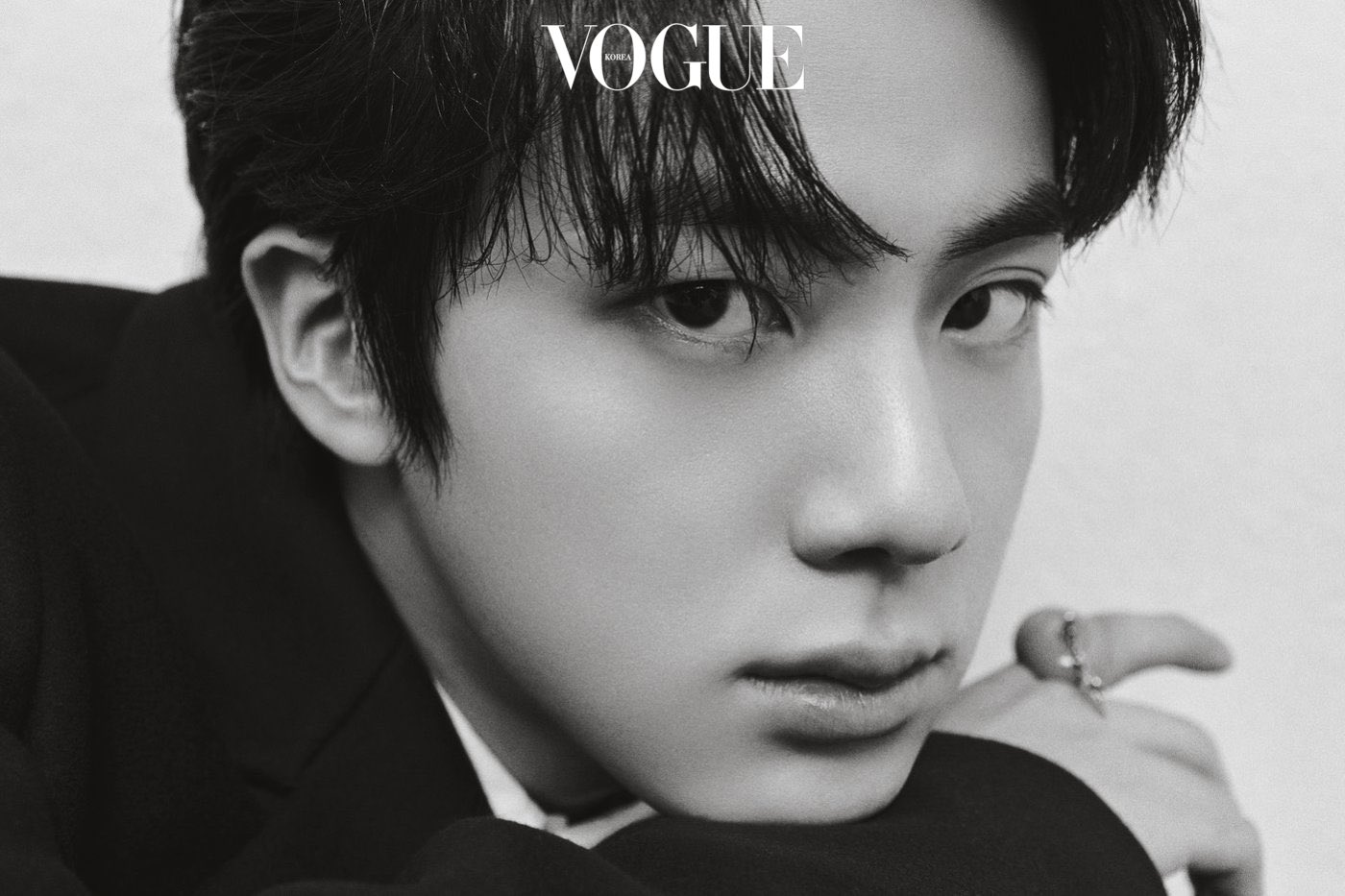 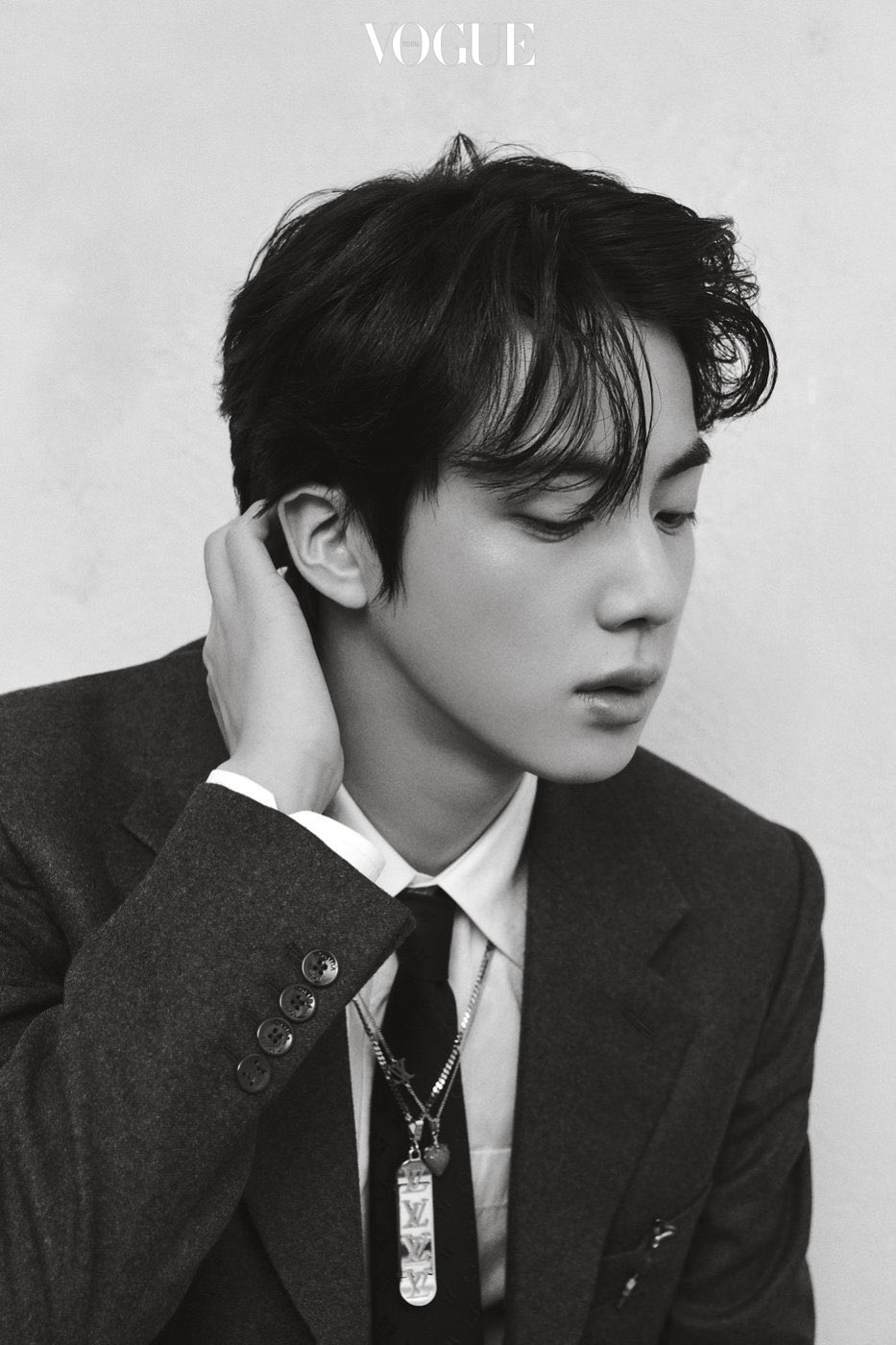 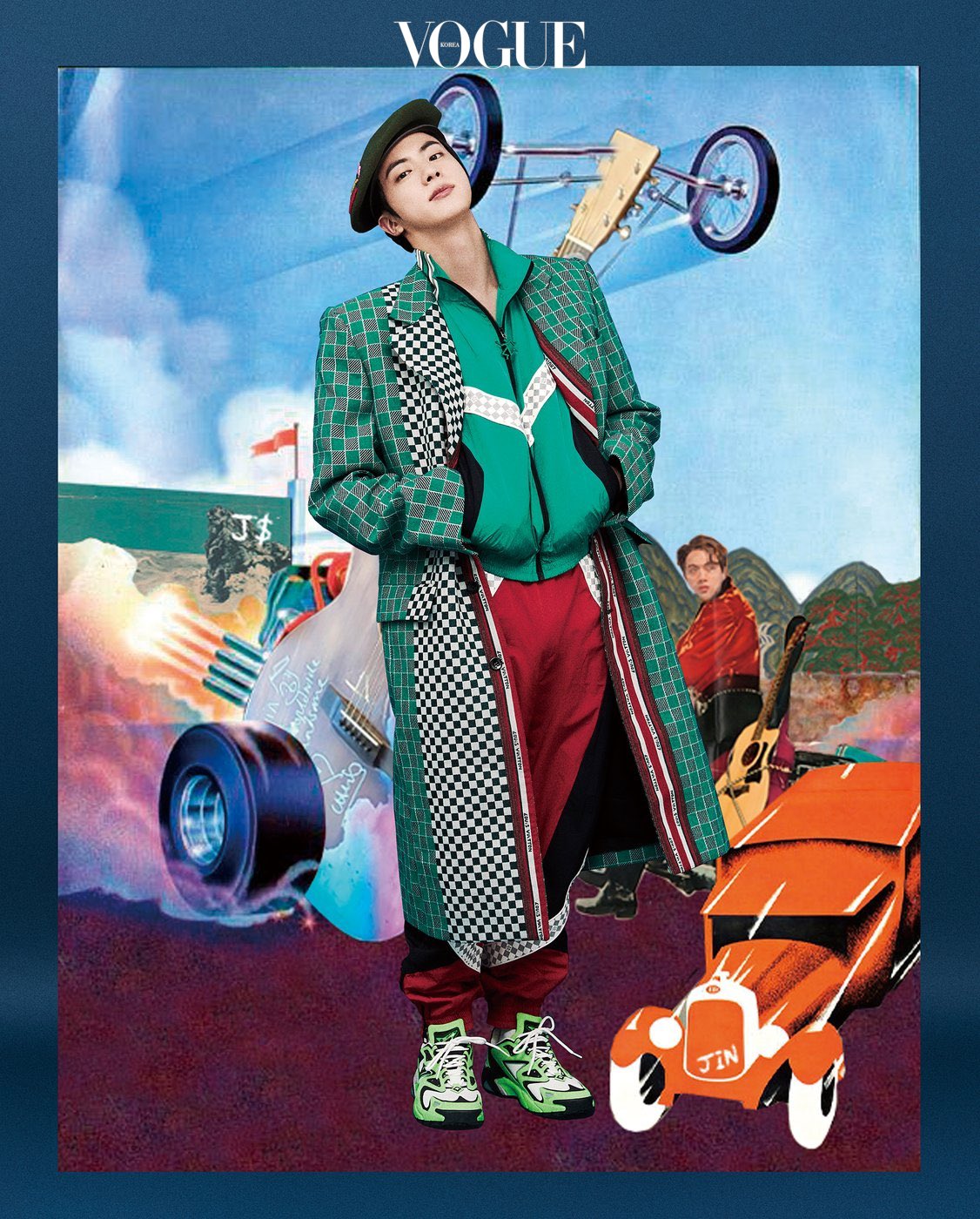 Jin’s full interview is available in the January 2022 issue of Vogue Korea magazine. Check out RM‘s interview here, and stay tuned for the other BTS members’ interviews!