BTS’s RM Opens Up About Worries Over Longevity Of His Career, The Pressure Of Representing Korea, And More

In a recent interview and pictorial for Vogue Korea, BTS’s RM spoke honestly and thoughtfully about some of his biggest concerns at the moment.

As the cover stars of the magazine’s January 2022 issue, each of the seven BTS members sat down for a separate interview, and RM began his own by reflecting on how BTS’s music has changed since their debut in 2013.

While preparing for their latest online concert, RM looked back on BTS’s entire discography, including their older songs, and it led him to start contemplating how their more recent releases would age as time went on.

“[This music] was heartfelt at the time, but trends change quickly, and I realized that my own ear [for music] has changed quite a bit,” said the BTS leader. “Will ‘Butter‘ and ‘Permission to Dance‘ also sound outdated once time has passed?”

He continued, “Because we live within trends, I’ve gotten used to [going along with what’s fashionable at the time], but I don’t think I should live like that. I’m not sure what to do, but I want to produce something ‘long-lasting’ and ‘timeless.’ Now that it’s been been nearly nine years since I debuted as BTS, I’ve started thinking about that a lot.”

As for how he’s changed as a lyricist, RM shared, “In the past, I used to have a lot of rules in my head, like ‘You need to do this or that,’ and I was caught up in the idea of wanting to show off something amazing, such as an impressive technique.

“These days, I focus on trying to create a certain texture that I want to convey in an abstract way. I’ve developed the ability to think in multisensory dimensions, such as vision or touch. When you create music, there are different elements like lyrics, melody, beat, and voice, and my approach is to look at the sum of all these things together to see if they express what I originally wanted to convey.” 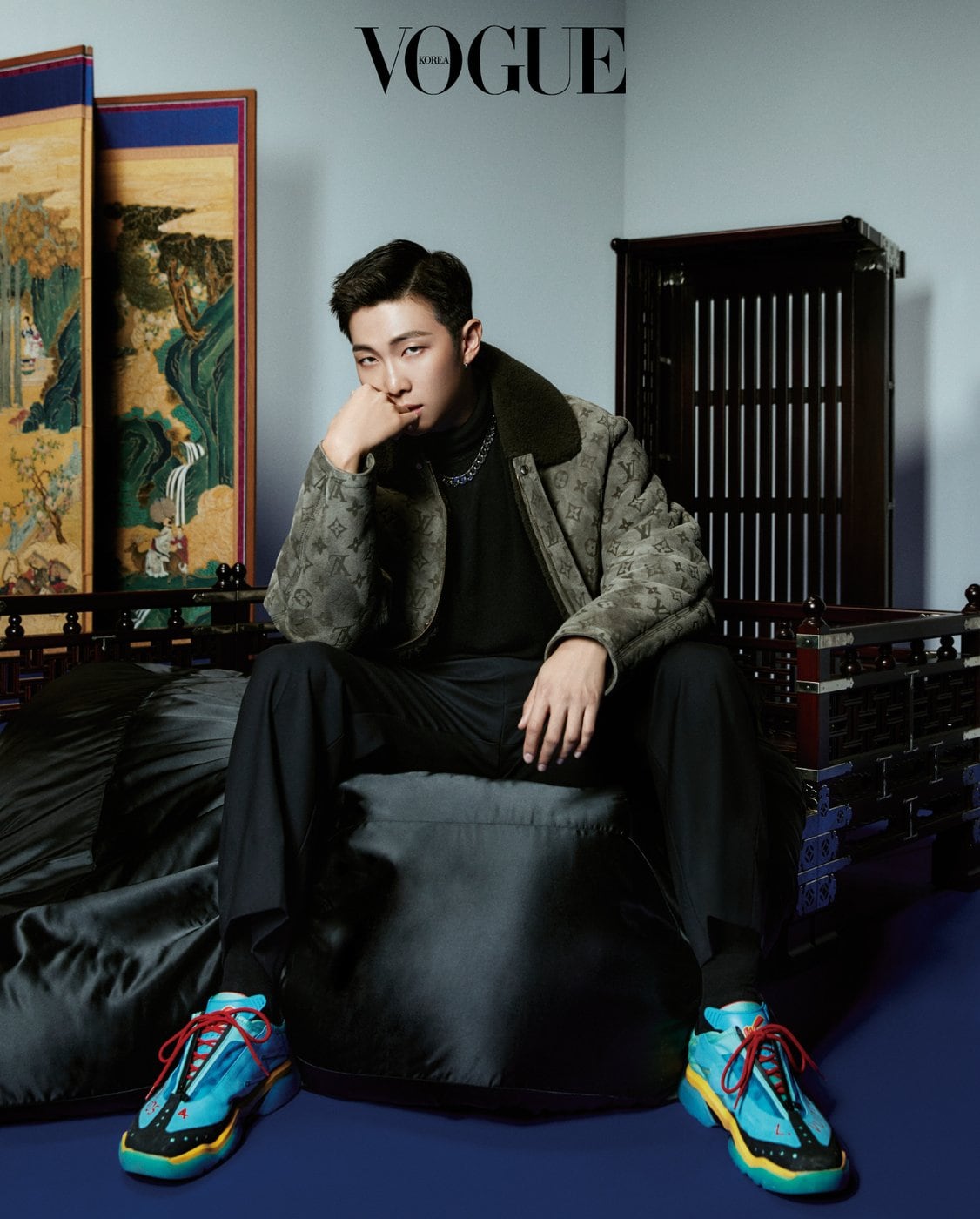 In recent years, BTS’s influence around the world has gone beyond just music, with the members speaking more than once at the United Nations General Assembly and even being appointed special presidential envoys for South Korea earlier this year.

When asked whether their role as representatives of the nation was musically limiting or a source of artistic inspiration and new opportunities, RM replied, “All of those things.”

“At times, representing the nation feels great, and at other times, it can be a lot of pressure,” he confessed. “What’s certain is that this role isn’t something we achieved because we sought it out, and it’s not something that goes away just because you want it to. I think it’s my fate to accept it as my calling and do a good job at what I can. If I had to put it into words, I’d say that I’d like to live my life while thinking, ‘This kind of life is fun too.’” 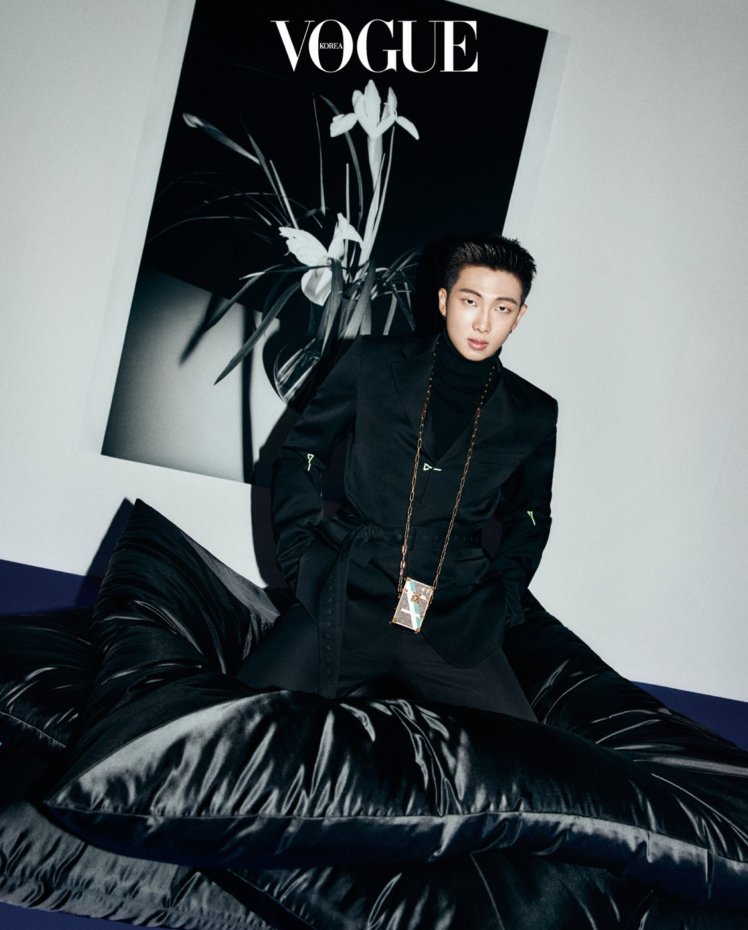 RM also spoke about his love of the visual arts, especially paintings, and explained that he enjoyed being able to immerse himself in an entirely different field. “I can be honest about my emotions when it comes to the visual arts,” he revealed. “Because with music, it can get hard if you start to feel jealous of other musicians. There are so many outstanding musicians, and there’s always an endless stream of new artists.”

Opening up about his concerns over the longevity of his career, RM continued, “And painters have such long careers. There are painters who hold their first exhibition when they’re 40, and there are painters who don’t sell a single work until they’re 60. But I debuted at 20 [by Korean reckoning], and I’m being told that I represent the nation at age 28, and I’m already being asked questions about my next step is.”

He added, “That’s why I want to have the longevity that painters do.” 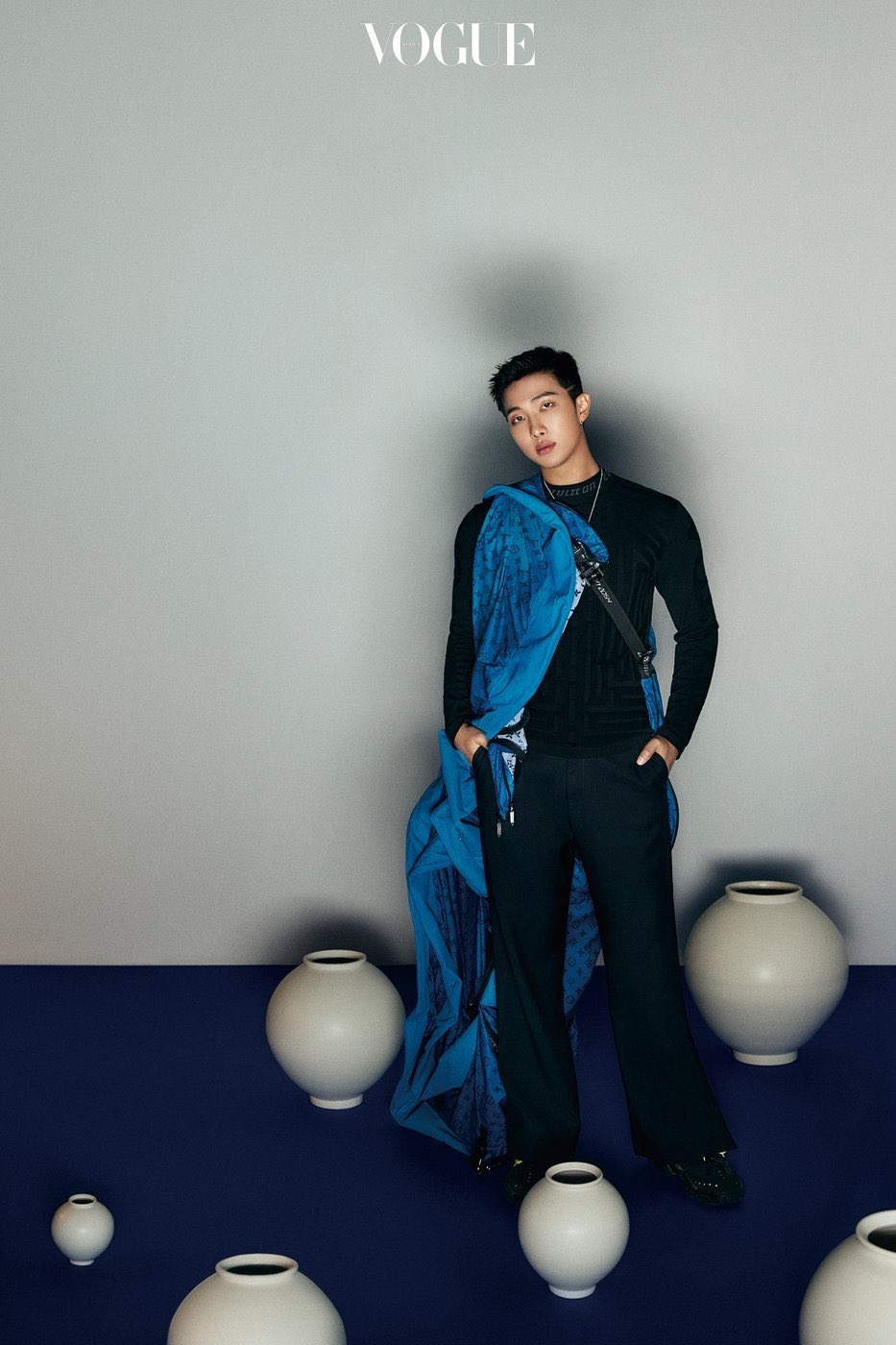 In terms of his own life philosophy, RM remarked, “Some people say it’s more important to focus on the present than your dreams. They’re right, and I relate to their point. It’s not good for society to pressure people to have a dream, but dreams are important too. I hope that lots of people still hold onto that young boy or girl deep in their hearts who believes in hard work and hope.”

“I’m struggling, too,” he continued. “The expectations that other people and I myself have of me are too high. Even if I work in an entirely different field in the future, people will expect me to accomplish something, and I might not be able to live up to those expectations.”

Finally, RM concluded his interview with an inspiring summary of his goals as an artist.

“I believe that everyone is born for a reason,” he said. “I hope that everything I do leaves behind something meaningful.” 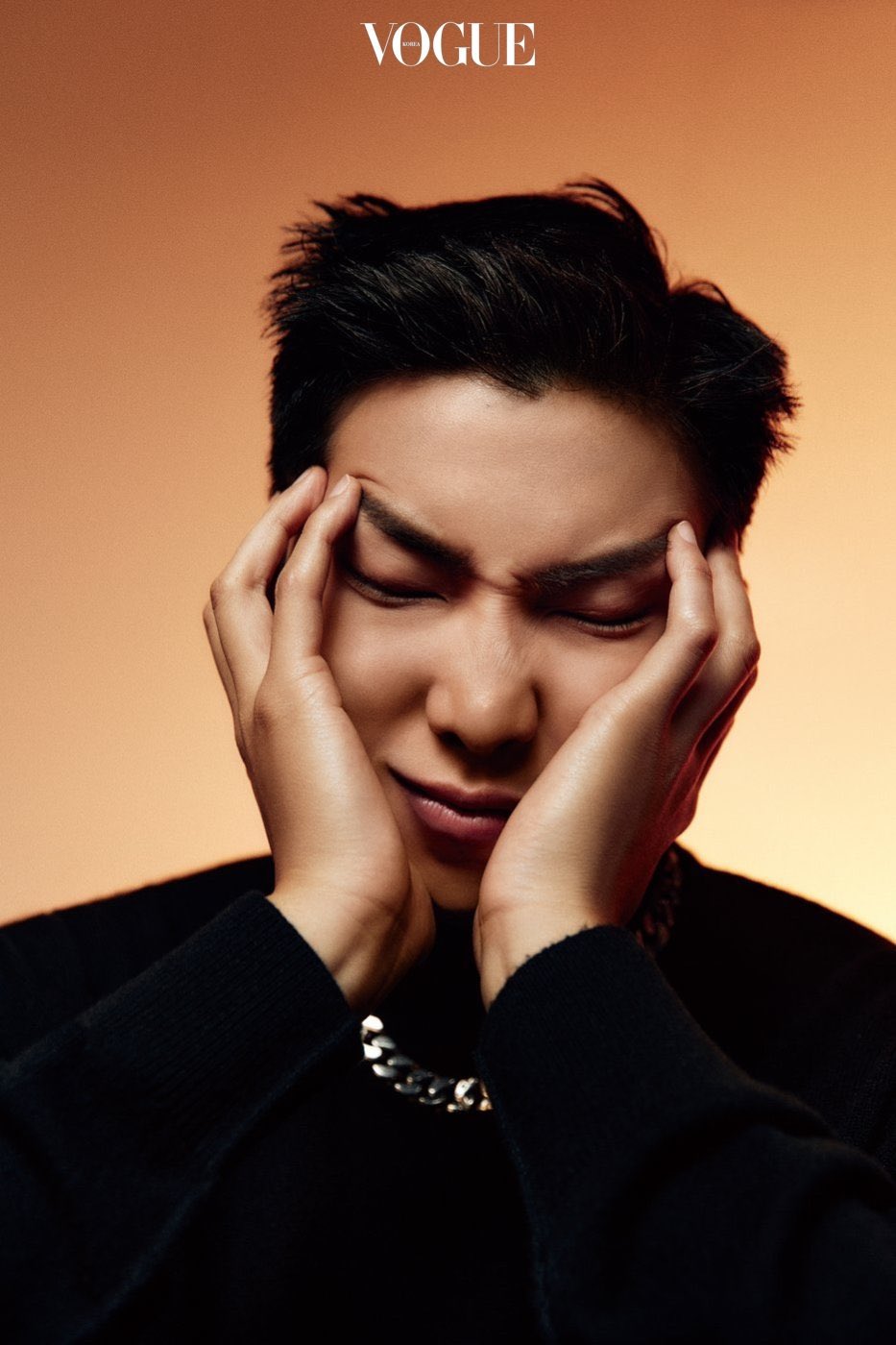 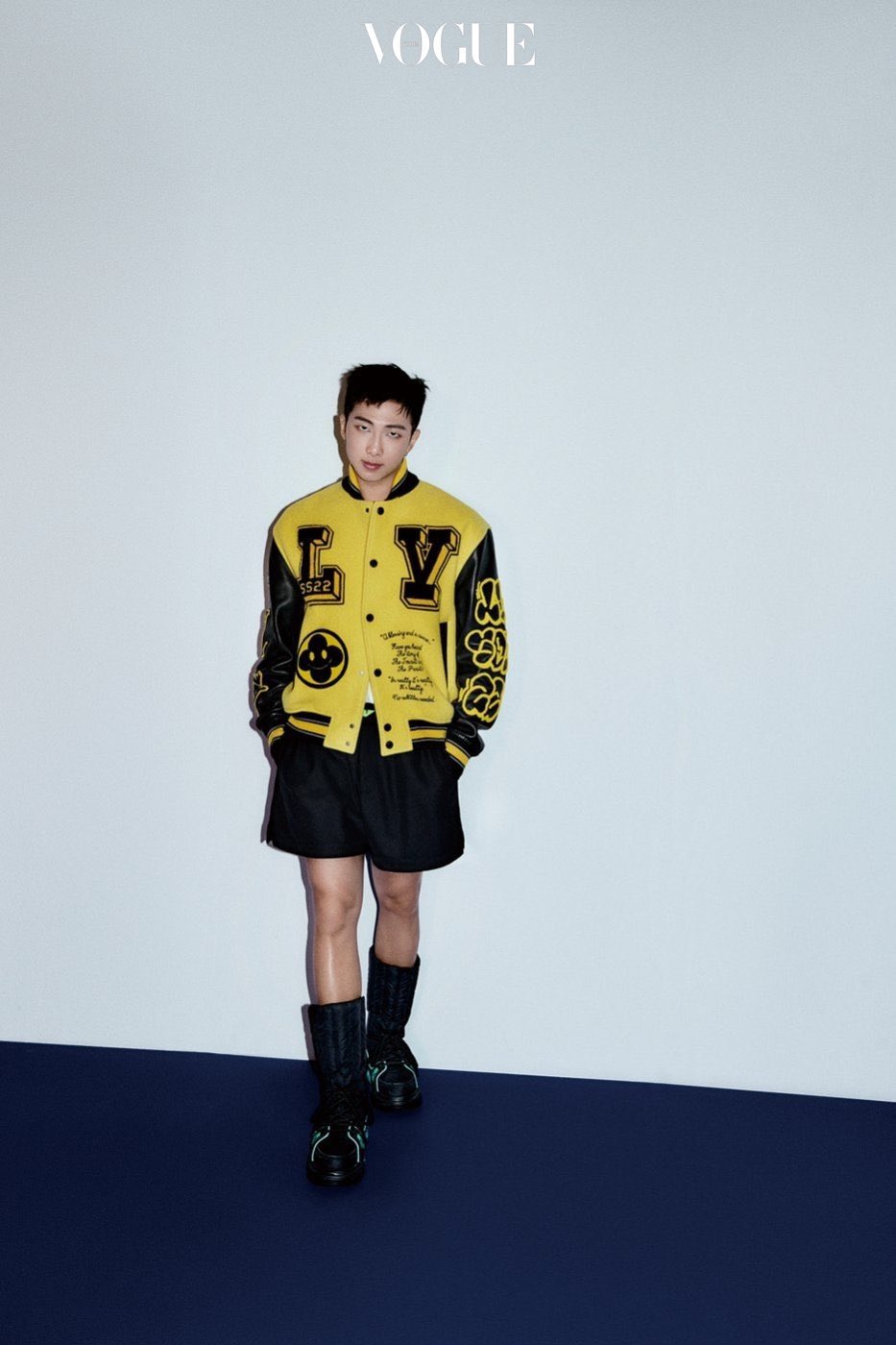 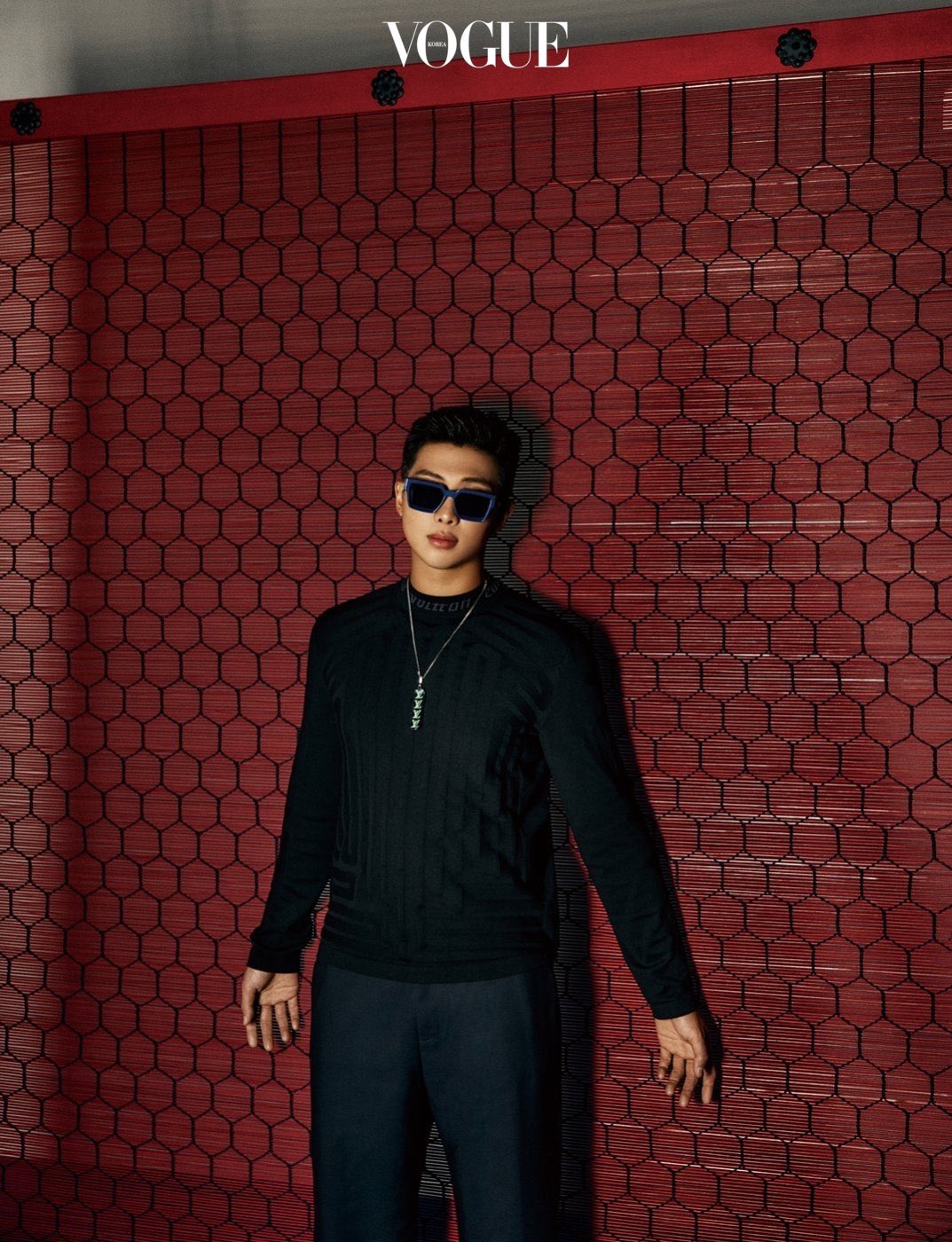 RM’s full interview is available in the January 2022 issue of Vogue Korea magazine. Stay tuned for the other BTS members’ interviews!

Keyshia Cole Declares 2022 as the Year of Celibacy!