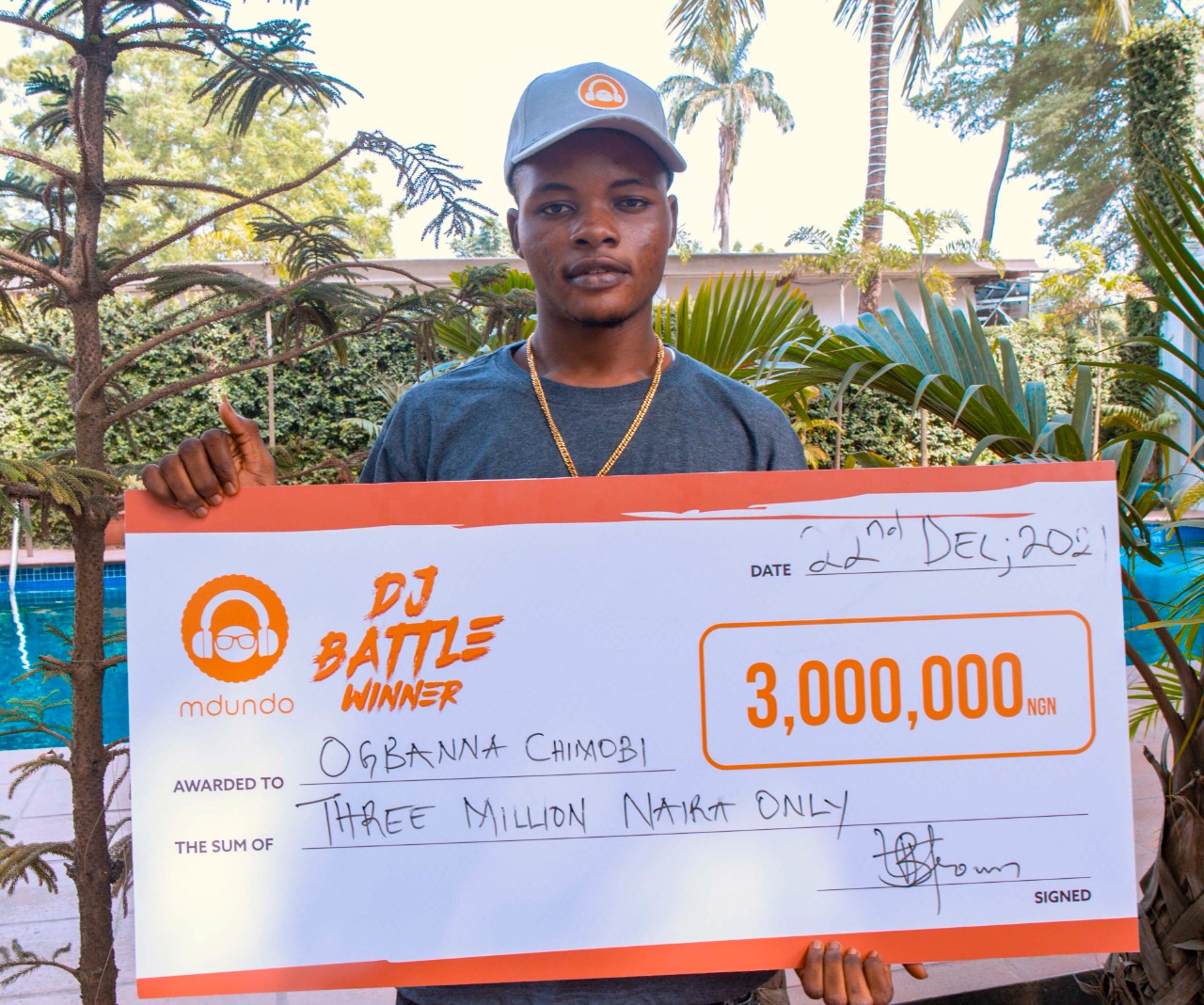 Mdundo, Africa’s leading online music service, has announced the winner of this year’s DJ Battle, Ogbanna Chimobi also known as DJ Twise. In addition to the winning title, the DJ has received N3,000,000 and a spot on live-radio to play the winning DJ mix.

DJ Twise expressed his joy saying, “I am very grateful to God and Mdundo. I just tried my luck, not expecting to win. I am very excited about winning the Mdundo DJ Battle and grateful for the opportunity it brings. Relocating from Aba to Lagos, it has been a very challenging period for me. This win will change my life for the better.”

The DJ was met by the Mdundo team where the check was handed over to DJ Twise and the title celebrated. Senior Marketing Manager, Uwem Brown said “The DJ battle has been extremely well received with hundreds of entries from across the country, we would like to thank all the DJs that have participated in the competition and especially of course DJ Twise for his amazing efforts in this competition”.

He added that the competition aimed at creating a platform for DJs in Nigeria to showcase their talents to Mdundo’s 10m monthly users.  The DJ battle provides opportunity for DJ’s to leverage and expand their fanbase and further their brand reach, this being the first time Mdundo is running the DJ Battle.

“The DJ battle has been a huge success, it is the first battle we are running and the participation and support has been really great. We’re looking forward to running the second edition in 2022 and hopefully engage even more DJs in the country” continued Mr. Brown

Mdundo works with more than 100,000 musicians from across Africa and Nigeria has one of the platform’s biggest user base recording 3.1 Million unique users in the quarter leading to September 2021.

Mdundo prides in over 10,500,000 monthly users in Tanzania,Kenya, Nigeria, Ghana and other African countries and works directly with over 100,000 African musicians.