Lee Sang Yoon Talks About His Supporting Role In “One The Woman,” Chemistry With The Cast, And More

Lee Sang Yoon talked about his recently-concluded hit SBS drama “One the Woman”!

“One the Woman” is a comedy drama about a corrupt prosecutor named Jo Yeon Joo (Honey Lee). She gets amnesia and switches lives with a chaebol daughter-in-law named Kang Mi Na, who happens to look exactly like her. Lee Sang Yoon plays Han Seung Wook, a third-generation chaebol heir who returns to Korea to seek the truth behind his father’s mysterious death. The show garnered strong ratings, ranking the No. 1 most-watched miniseries of the week for 13 weeks in a row and recording personal best ratings of 20.6 percent.

During the interview, Lee Sang Yoon was asked if there was any burden in starring in a drama in which Honey Lee was mostly the sole main character. The actor honestly replied that he did feel it was a shame his character didn’t get to actively participate in the action near the end with the story about his father. Nonetheless, he commented, “However, actress Honey Lee led the story amazingly on set and at the reading. While looking at her do a good job and fighting to do well, I thought it would be selfish to talk about my screen time, and I accepted that this is the type of drama it is.” 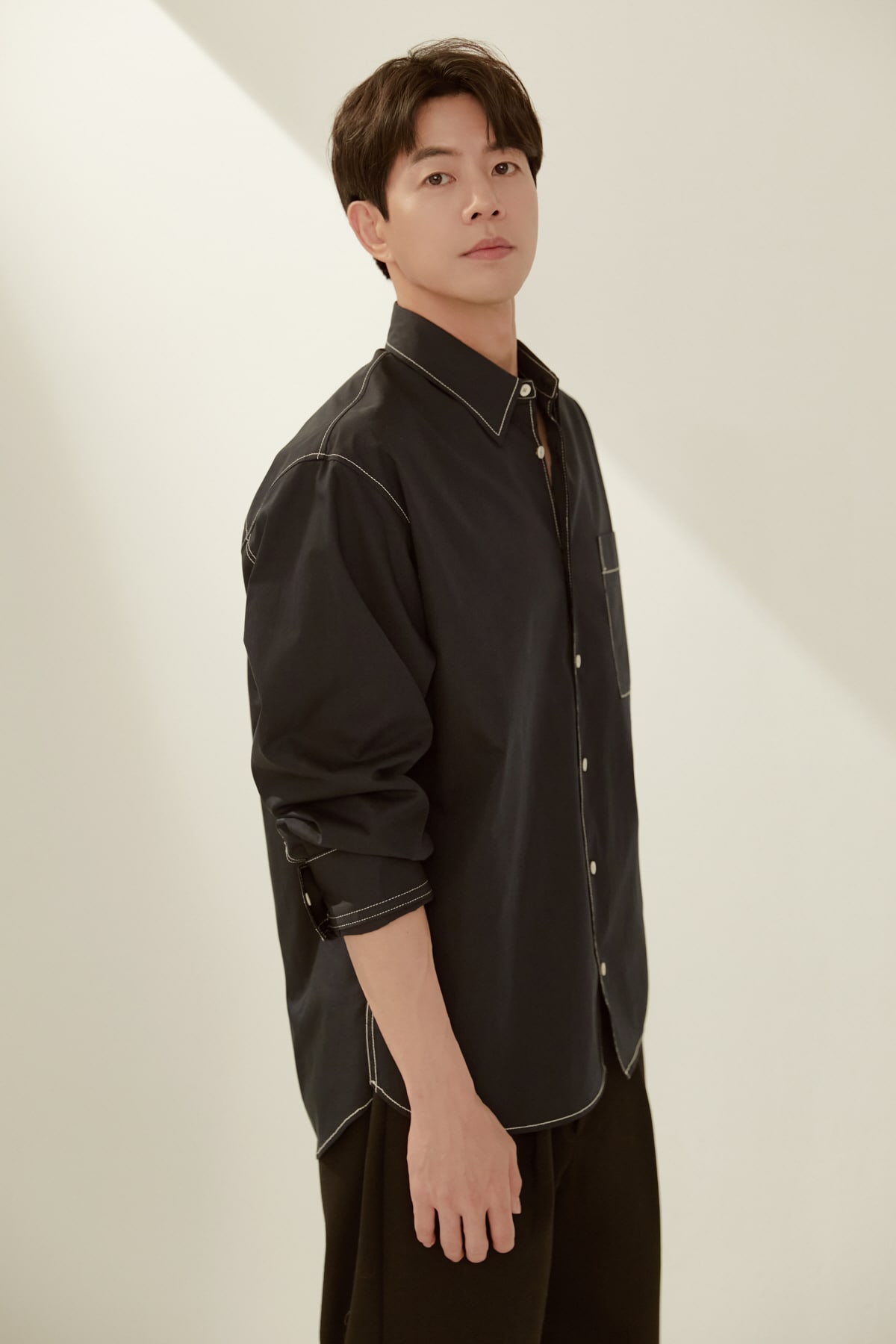 Instead, Lee Sang Yoon’s character Han Seung Wook acted as a great source of support for Jo Yeon Joo. He commented, “I feel as if the greatest charm the project has is that Han Seung Wook is the only person who provides strength to Jo Yeon Joo. Seung Wook actually receives more help. In some aspects, the female lead did something for the male lead in a way most other dramas would have the male lead do for the female lead, so [Han Seung Wook] doesn’t have skills in that aspect, but I feel that it’s charming that he was on [Jo Yeon Joo’s] side during her most difficult times.” 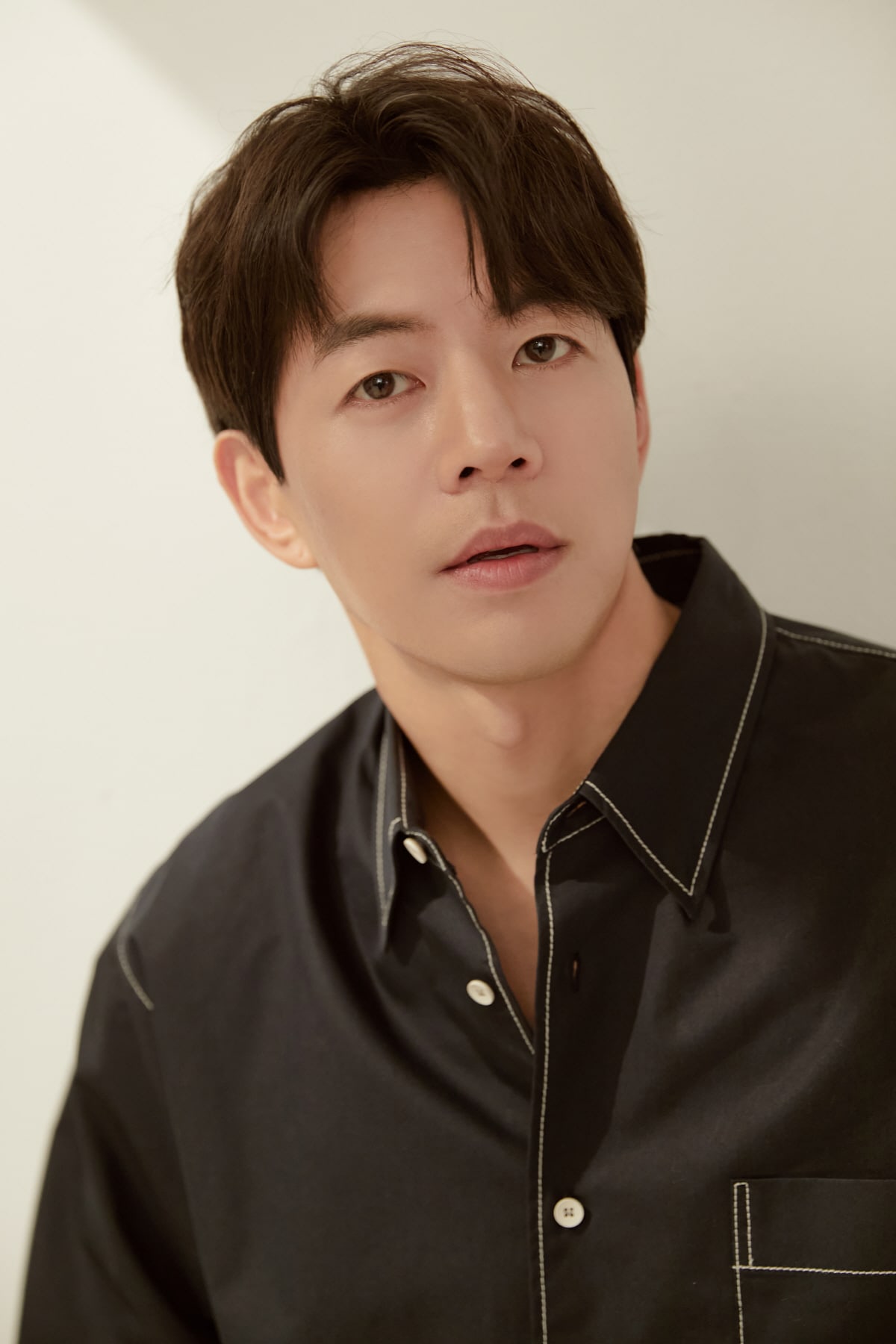 The actor revealed that “One the Woman” was the script he had the most fun reading and that his agency’s CEO had suggested the role because his previous character from “VIP” had received so much hate.

Lee Sang Yoon continued, “I was talking with actor Jo Dal Hwan, and he motioned, ‘You always do a drama that does well.’ I joked, ‘It does well because I’m in it!’ but I honestly got the thought that I have luck in selecting projects rather than the drama doing well because I’m in it. My CEO contemplates a lot when he looks at potential projects.” The actor summarized that his dramas did well thanks to the CEO’s choice and the work of the other actors.

Regarding his acting in “One the Woman,” Lee Sang Yoon replied, “It was a time in which I got to attempt the things I was thinking about acting-wise, and it’s the first project in which I tried to act comfortably.” He commented that he was happy to hear from viewers that his acting felt different in his latest project. 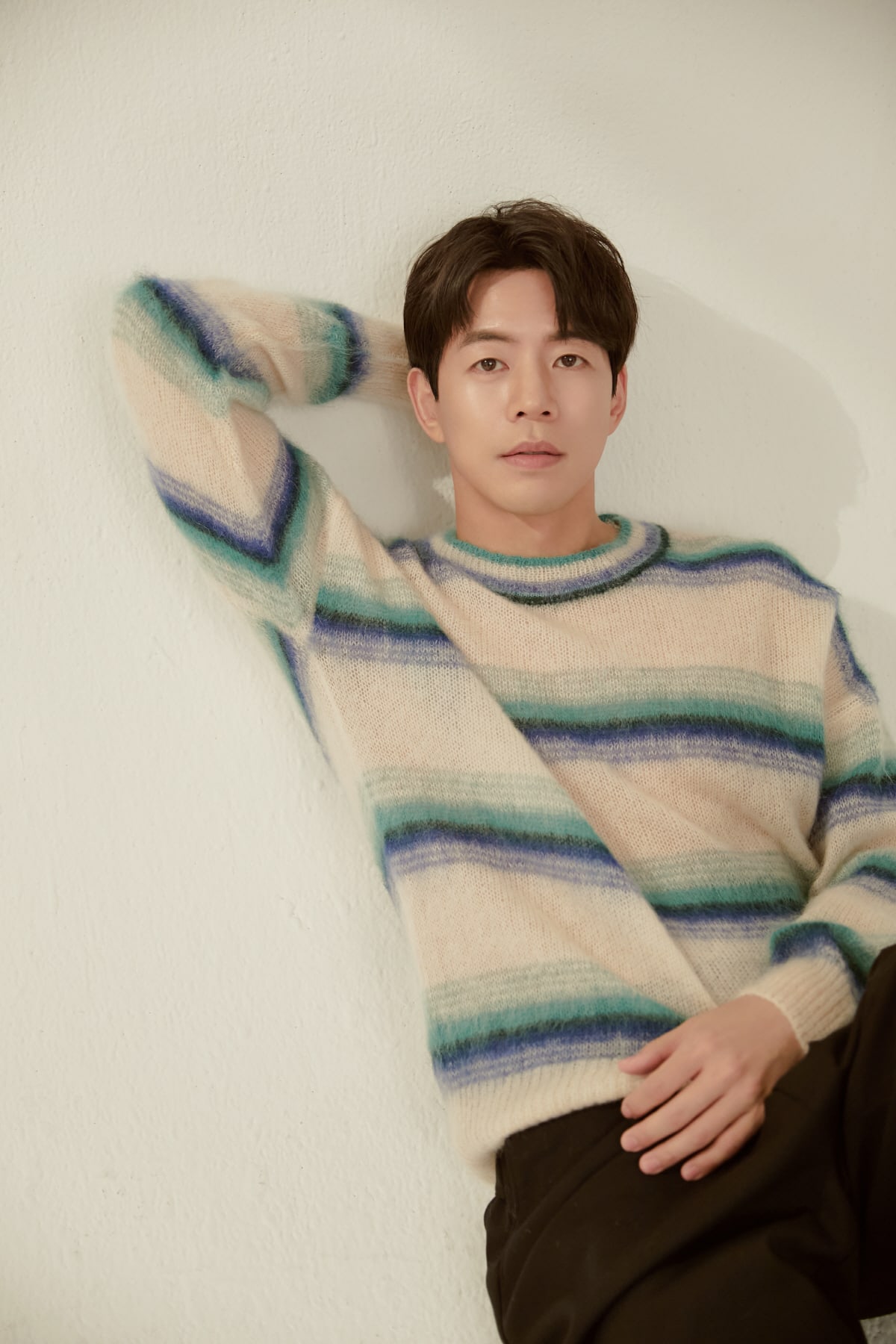 Lee Sang Yoon also praised his co-star Honey Lee. He shared, “She’s a refreshing person, so she always leads the atmosphere on set refreshingly, and I received a lot of help from her. Even when I didn’t especially do anything, people greeted me brightly. I was grateful to her for letting me be on a set like this, and she was considerate acting-wise as well, so I received a lot of help there. After time passed and we became closer, we could talk more comfortably about making each other stand out better, and we playfully shared our interpretations of scenes. We filmed while having fun.” 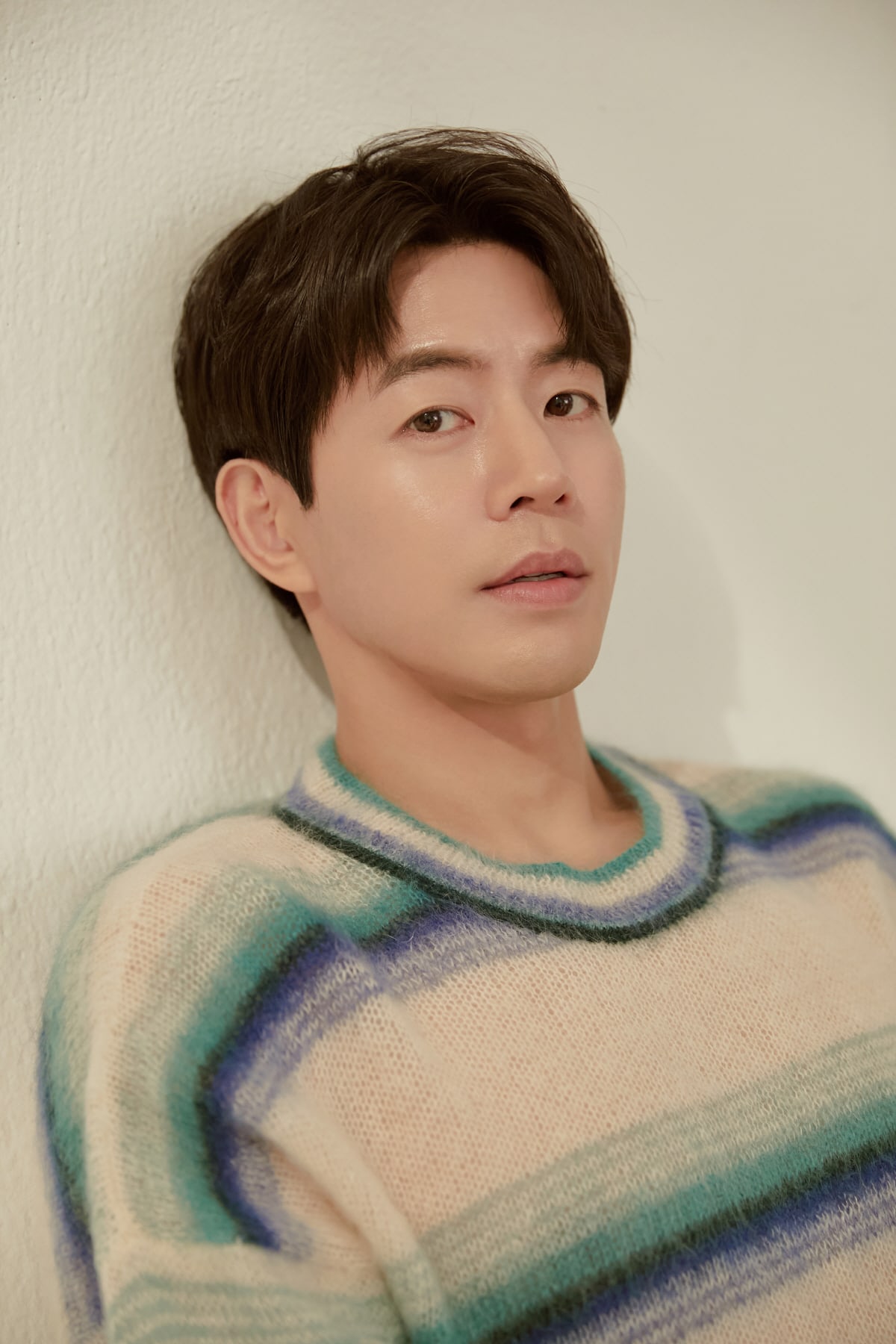 Previously in “Whisper,” Lee Sang Yoon and Kim Chang Wan were on opposite sides as son and father. Lee Sang Yoon shared how difficult it was last time because they hadn’t been on the same team, but this time he had fun filming because they were on the same side. He commented, “It’s nice because I felt that I got closer to him than before.”

Since Lee Sang Yoon, Honey Lee, and Kim Chang Wan all graduated from Seoul National University without a degree in acting, Lee Sang Yoon shared that working together was a fun experience especially because they could relate to each other on the concerns that arose from becoming actors without having majored in acting. 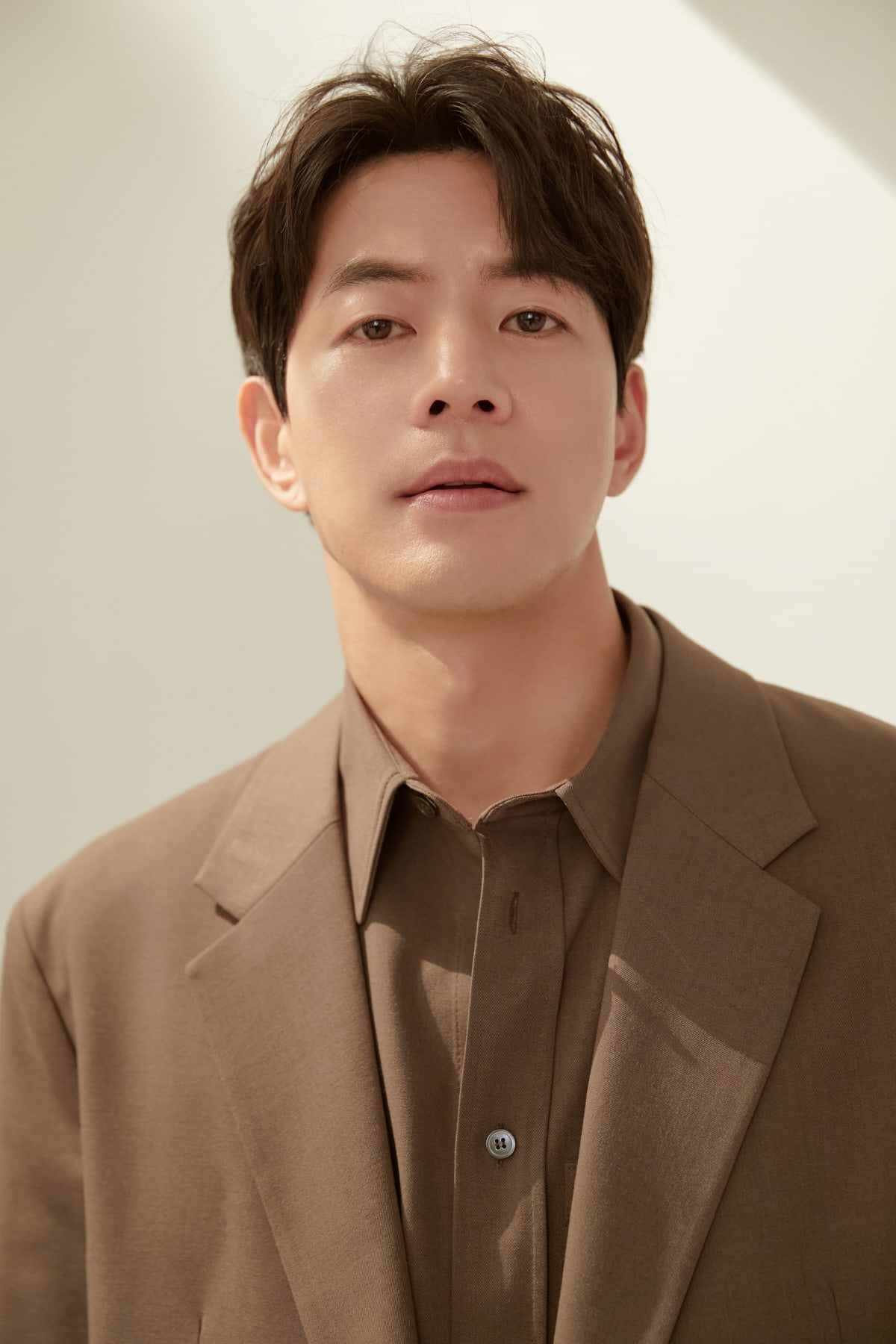 He shared, “While completely wrapping up filming, I felt really empty after we finished filming the scene of us three together. I got the thought that this is all really over then. We talked about our school days, and since I went to college at the same time as Honey Lee, we talked about school and the things they sold at the cafeteria. However, the time Kim Chang Wan was at school was when the campus was split, so we couldn’t talk much about school.”

In the drama, THE BOYZ‘s Younghoon played Lee Sang Yoon’s younger self. When asked how similar he was to Younghoon, Lee Sang Yoon joked, “This question is cruel.” He continued, “When they told me who was playing my younger self, I looked him up, and I was surprised to see his picture. He was also so cool and handsome in real life that I was very surprised. I felt that it’d be a relief if the viewers didn’t curse, so I think we’re 0 percent similar.”

Watch Lee Sang Yoon in “One the Woman” below!

FLVME “While You Wait” EP Is Now Out! SA Hip Hop Mag