Lee Yoo Bi Talks About Similarities To Her Character In “Yumi’s Cells,” Close Relationship With The Cast, And More

“Yumi’s Cells” is based on a hit webtoon about an ordinary office worker named Yumi (played by Kim Go Eun), told from the perspective of the brain cells in her head controlling her thoughts, feelings, and actions. Lee Yoo Bi plays Ruby, a flirtatious and whimsical yet lovable and affectionate co-worker of Yumi.

During the interview, Lee Yoo Bi talked about receiving praise for her acting. She shared, “I was really happy to see the comment, ‘She seems more Ruby-like than Ruby.’ While fitting into the role of Ruby, it felt like I was upgrading her to a Ruby of my own.” She added, “I’m a fan of the original work, and I knew I was the No. 1 choice for Ruby for imaginary casting. I felt as if it was fate when I received the casting offer.”

Even though Lee Yoo Bi is the perfect fit for Ruby onscreen, the actress shared that she is only 20 to 30 percent similar to her character in real life. She explained, “It’s true that I’m bright and optimistic, but I’m not overflowing with energy or lovable like Ruby. It wasn’t easy to maintain Ruby’s level of excitement.” Lee Yoo Bi elaborated, “I like clothes, but I normally don’t do makeup at all, and I only go around wearing a hoodie. If I were an office worker, I wouldn’t have even washed my hair. I really hate form-fitting clothes. It was tiring but fun to wear clothing I don’t normally wear.”

Lee Yoo Bi revealed, “In the early stages, the director chose a color for each of the characters. I’m light purple. That’s why there was an abundance of lavender props.”

The actress added, “Ruby and I barely have any similarities. I honestly don’t have a cute personality, but Ruby wears her cuteness around 24 hours a day, so I didn’t really understand her. I also got the thought that she’s amazing.” Nonetheless, she shared, “I like drinking beer, and I like getting together with friends at my house to listen to music. I want to go outside the house, but my laziness is stronger, so I just call friends over to my house.” 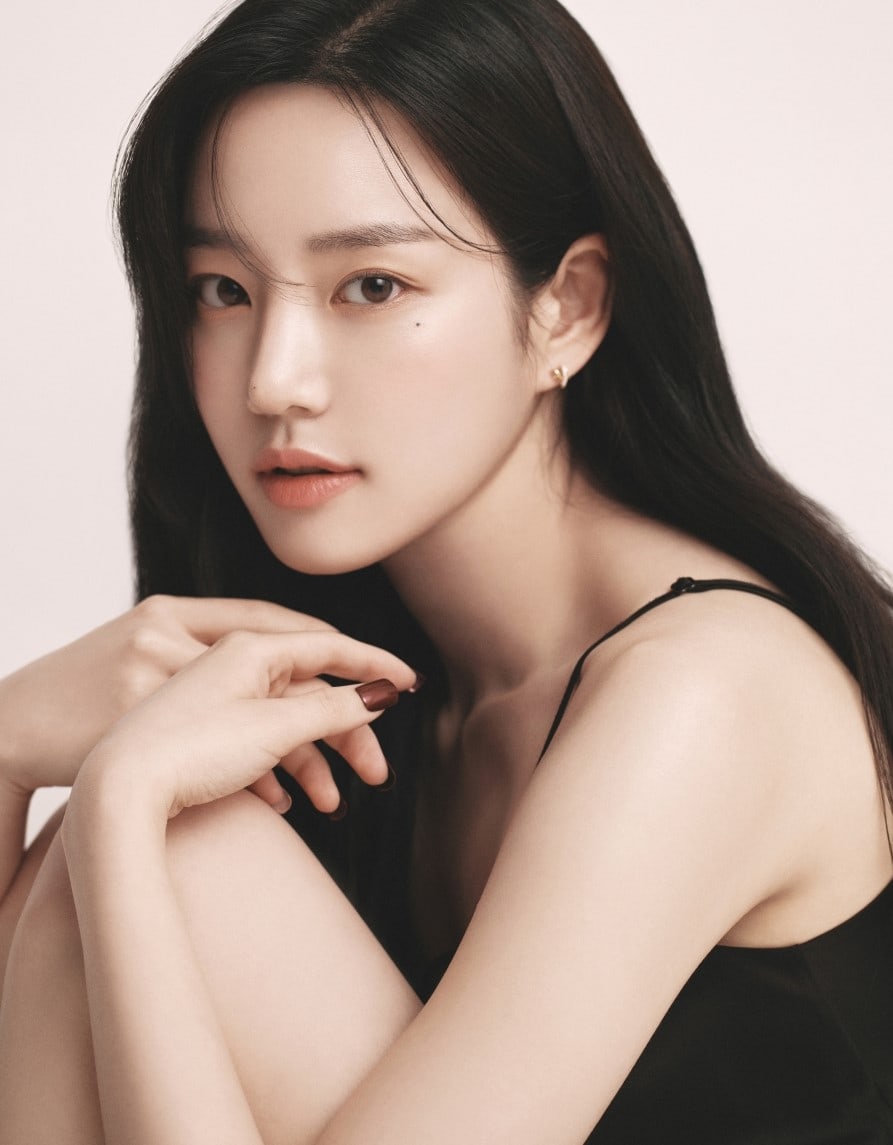 Regarding one of her scenes in which she had to state, “Oppa, I had a dream,” in a very adorable voice, Lee Yoo Bi shared that she was shaking and broke out in cold sweat because of how cute she had to act. She commented, “It was to the extent I felt delirious. However, I was able to do it because Go Eun and Minho laughed it over and enjoyed it.”

The actress also talked about reuniting with SHINee’s Minho for the first time in four years since “Somehow 18.” At the time, they had acted the role of a couple, but this time, Lee Yoo Bi’s character had a one-sided crush on Minho’s character. Lee Yoo Bi shared, “I filmed comfortably with Minho to the extent it didn’t feel as if four years had passed. Minho’s personality is really great, and he took good care of me.”

She continued, “The atmosphere on set was comfortable, so it felt like I went to the set to hang out.” Lee Yoo Bi shared, “I became much closer to Kim Go Eun and Ahn Bo Hyun through this project.” She added, “With Kim Go Eun, it’s funny even when we just look at each other. She’s nice, funny, and we get along well. Jinyoung also has a good personality. Minho is surprisingly really playful. We all became very playful with each other. The actors talked about MBTI and other useless things. My MBTI is ESTP.” 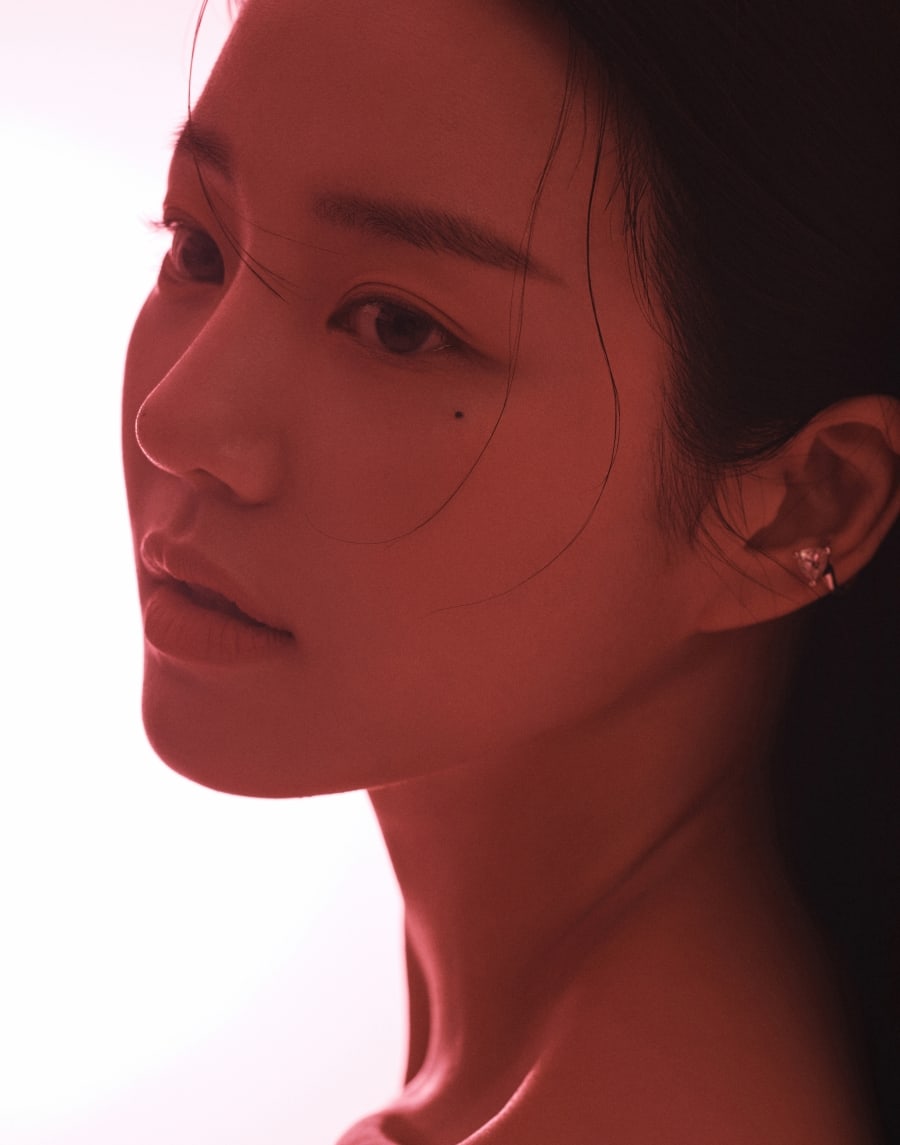 Lee Yoo Bi talked about how she prefers someone cute, innocent, and bright like Goo Woong (Ahn Bo Hyun). When asked what her prime cell would be, Lee Yoo Bi answered, “I think it’d be same as Yumi in the drama. I really related to how Yumi’s cells felt at the various situations.” She elaborated, “It’s not that I don’t like dating, but I’m not only talking about a love between a man and woman. Love can be a driving force. I don’t try to purposefully look for a relationship. I think there are times when you have to take a break.”

Watch Lee Yoo Bi in Season 1 of “Yumi’s Cells” with subtitles below: