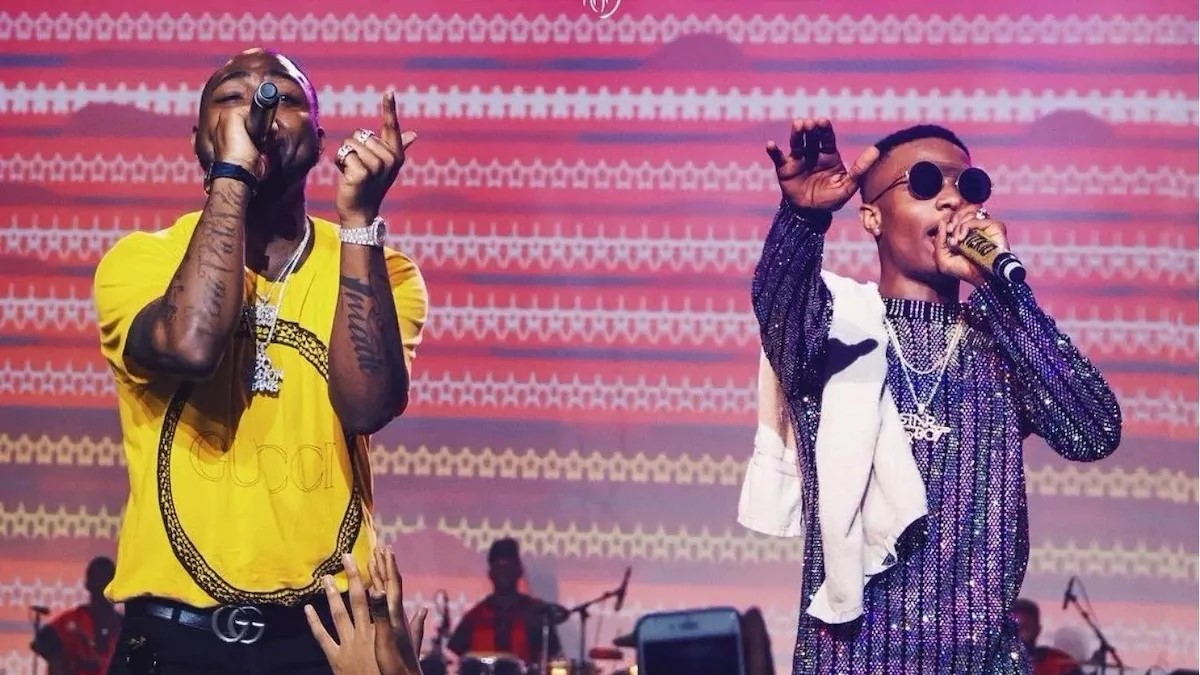 Winning Awards is one of the elements that make up an artist’s legacy. It is one of the surest ways to prove that an artist is doing exceedingly well in the music industry. Winning awards gives artists the respect of their colleagues, their audience, and critics as well and the awards serve as physical rewards from an external party that acknowledges and crowns their efforts.

Awards are viewed as bragging rights by Nigerian Artists and their fans as well as other artists across the globe. It also opens unimaginable doors for the artists, and moves their careers to greater heights, and shows that an artist has a successful music career.

In this article, we list in no particular order the most awarded Nigerian artists, with some contributions from Tunezjam. The artists on this list have been awarded locally and internationally.

Wizkid, whose real name is Ayodeji Ibrahim Balogun is one of the most influential musicians in Nigeria and Africa and his contributions to the Nigerian Music Industry, has earned him several achievements, nominations and awards. As a renowned Singer and Songwriter, he has taken his craft to greater heights and collaborated with American music superstars like Justin Bieber, Beyonce, Drake, e.t.c. He is one of the most decorated Nigerian artists, with 235 nominations and 63 wins. In 2013 he was ranked No. 5 on Forbes and Channel O’s 2013 list of Top 10 Richest/Bankable African Artists. He was the first Nigerian Artist to appear on the Guinness world records in 2018 for his contributions to Drake’s “One Dance” song.

Wizkid has received awards from; BET Award, MOBO Award, Grammy Award, Headies Award, Soul Train Award, Billboard Awards, iHeartRadio Music Awards, etc. He is also a recipient of an ASCAP plaque for his songwriting contributions to Drake‘s ‘One Dance’ which also earned two Guinness World Records, for being the first song to reach a billion streams on Spotify, and at the time being the most streamed song on Spotify. Wizkid was cited as one of the Top 100 Most influential Africans by New African magazine in 2019 and he is also the most awarded artiste in The Headies award history. He was nominated in the Best Global Music Album and the Best Global Music Performance categories in the 64th Annual Grammy Awards for Made in Lagos Deluxe Edition and ‘Essence’ respectively. In November 2021, Apple Music Awards announced Wizkid as the winner of Artist of the Year (Africa). Wizkid has turned himself into a big force to be reckoned with in the music industry and he is set out for more awards since he doesn’t seem to stop giving us good music.

David Adedeji Adeleke popularly known as Davido, is a Nigerian-American Singer, Songwriter and Record Producer. He blends traditional African elements with global mainstream pop and he is currently one of the most awarded Nigerian artists. He is also one of the most popular influential African artists who has taken Afrobeat to another dimension. Since his debut, he has released back-to-back hit songs that have made waves locally and internationally and songs that have been certified gold. In short, he has blessed our ears with good music since he began his musical career.

Consequently, he has in turn been rewarded with several nominations and awards. Davido has 29 awards with over 82 nominations and still counting. He has received awards from; BET Award, Channel O Music Video Award, MTV Africa Music Awards, MOBO Awards, Headies Award, Soul Train Award, City People Entertainment Award, Ghana Music Awards, The Future Africa and lots more. Without mincing words, Davido is deserving of the awards and nominations were given to him and he is sure to receive more as he keeps dropping wave-making hits.

Innocent Ujah Idibia known by his stage name 2Baba, is a Nigerian Musician, Singer, Songwriter, Record producer, Entrepreneur, Philanthropist, Humanitarian, and Activist. Prior to July 2014, he went by the stage name 2face Idibia and he is one of the most influential and celebrated artists in Nigeria. He is often described as a known legend in the Nigerian Music Industry. His career is filled with hit songs, awards, and unforgettable performances. With 21 awards and numerous nominations, he is the first African winner of MTV Europe, Best African Act Award in 2015. He is also one of the most awarded Nigerian artists with over 60 awards to his name. 2Baba has received awards from World Music Award, MTV Europe Music Award, BET Award, MTV Africa Music Awards, MOBO Awards, Headies Award, Channel O Music Awards, KORA Awards, AFRIMA Awards and numerous other nominations. He is also a recipient of various honorary awards such as Master of Arts in Music Degree from Igbinedion University, Fellow of the School of Music by the Music Department in Obafemi Awolowo University making him the pioneer recipient of the award. He was also appointed as the Ambassador for the Nigerian Stock Exchange in 2019. What might have started out as a small dream with 2 Baba, transformed into a big one and the Nigerian Music Industry cannot help but be appreciative of the ways he paved for his counterparts home and abroad. He is truly a man worth celebrating.

Oladapo Daniel Oyebanjo better known by his stage names  D’banj,  Kokomaster and Bangalee is a Nigerian Singer, Rapper, Businessman and the co-founder of Mo’ Hits Records with producer Don Jazzy. He is best known internationally for his 2012 summer hit single, ‘Oliver Twist’, an up-tempo dance fusion of Afrobeats and electronic dance music that topped the African charts in 2011 and was among the top 10 hits in the UK singles chart in 2012 reaching No. 2 on the UK R&B chart. He has won several music awards, including the awards for Best African Act at the MTV Europe Music Awards 2007, Artist of the Year at the MTV Africa Music Awards 2009, Best International Act: Africa at the 2011 BET Awards, and Best-selling African Artist at the 2014 World Music Awards, Evolution award at the 2015 MTV Africa Music awards. All these and many more make D’banj one of the most respected artists in the Nigerian music industry and his contributions to the African music scene will not be forgotten in a hurry. D’banj has won 29 awards and nominated 87 times. He has received awards from; Headies Award, BET Award, MOBO Awards, MTV Africa Music Awards, MTV Europe Music Awards, World Music Awards, Nigerian Entertainment Awards, Soundcity Music Video Awards, 4Syte TV Music Video Awards etc. Though he has not been releasing hit songs for some time now, that does not diminish the impact of D’banj and his relevance in the Nigerian Music Industry.