Rapper Roddy Ricch is moving straight out of Compton and setting up camp in Beverly…Hills, that is…swimming pools…movie stars!

According to Yahoo! Life, Nipsey Hussle’s protégé, who sat atop the Billboard Hot 100 for 11 weeks in 2020 with the song, “The Box,” has just purchased a multi-million dollar home in one the swankiest neighborhoods in the nation.

It is reported that Roddy Ricch spent $5.6 million on the compound after making $20 million during the global pandemic.

At 23, the GRAMMY Award-winner is among one of the most successful artists in his field and rightfully enjoying the fruits of his labor.

Modestly, his new home only has two bedrooms — but they ain’t like the one’s he might have grown up living in back in Compton. Instead, these bedrooms have spa-like bathrooms and bespoke closets.

One unique feature of the home is that it is decorated in muted tones of grey and white and has glass accordion doors in all of the rooms that open up to his new patio areas.

Recently, the artist took to social media to thank his fans for their support.

More than ever, he recognizes that they have placed him in a beautiful home on the same block that the late Rock & Roll legend Eddie Van Halen used to live on.

And that is a long way from Compton. 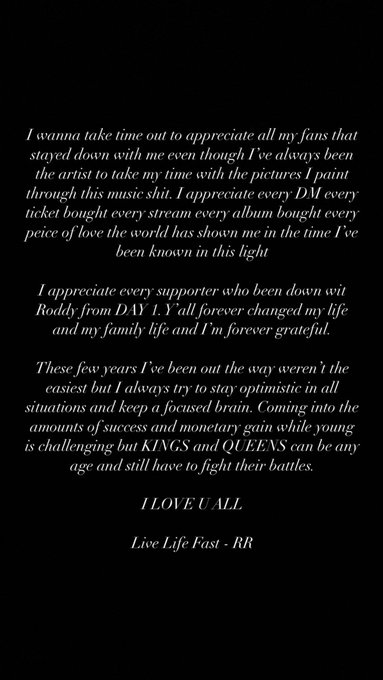 Fresh From The Oven! Here’s To The SA Hip Hop New Releases Of The Week SA Hip Hop Mag