Seo Kang Joon Reflects On His 20s, Talks About His Relationship With His Mom, And More

GQ Korea has shared an interview and photo shoot with Seo Kang Joon from before his enlistment!

Seo Kang Joon explained that he was a night owl who enjoyed staying up to reflect on himself and his thoughts. The interviewer asked whether he did the same kind of thinking about the future, and the actor replied, “I don’t really draw pictures of the future in my head. I’m obviously curious. However, the future will one day become the present anyway. That’s why I try to live in the moment.”

On October 12, Seo Kang Joon celebrated his 29th birthday (by Korean reckoning), marking the last year of his twenties. Seo Kang Joon commented, “I do feel aware that it’s the end of my twenties, but I don’t think age has a big meaning. I believe your thirties is just a difference in number. If I had to purposely give it some kind of meaning, I’d say that I have a lot of excitement. I’m looking forward to the projects and people I’ll meet in the future.” 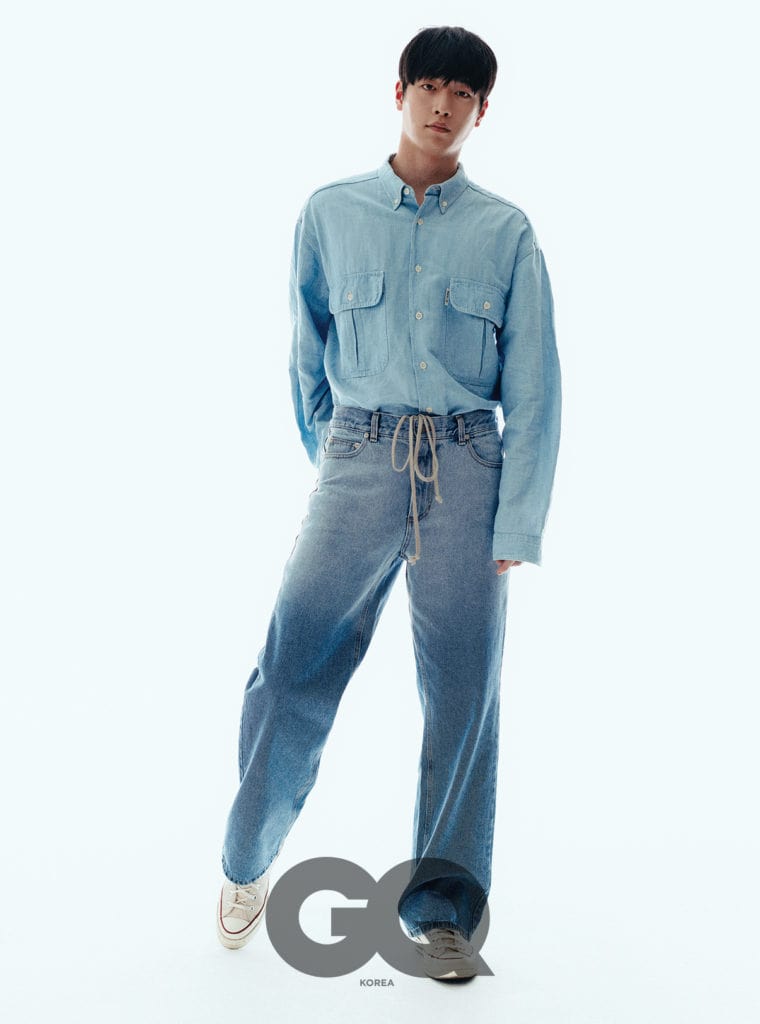 Looking back on his twenties, Seo Kang Joon commented, “I tried everything. I worked busily and went on many vacations. I have nothing in particular to regret.” When asked if he’s done everything he’s wanted to do in terms of acting, Seo Kang Joon responded, “I don’t really have specific projects that I want to do. I typically develop a desire to do a project while reading the script, and I’ve focused on that attraction in the moment to get to where I am today. I’ll always feel regretful, but I have no regrets. Because I gave it my all. And because it’s my decision.”

The actor elaborated on that last part, saying, “Although it’s important to take into consideration the opinions of others, I believe you ultimately have to make the best decision yourself. That way, you don’t blame others or have regrets even if the results aren’t great.” 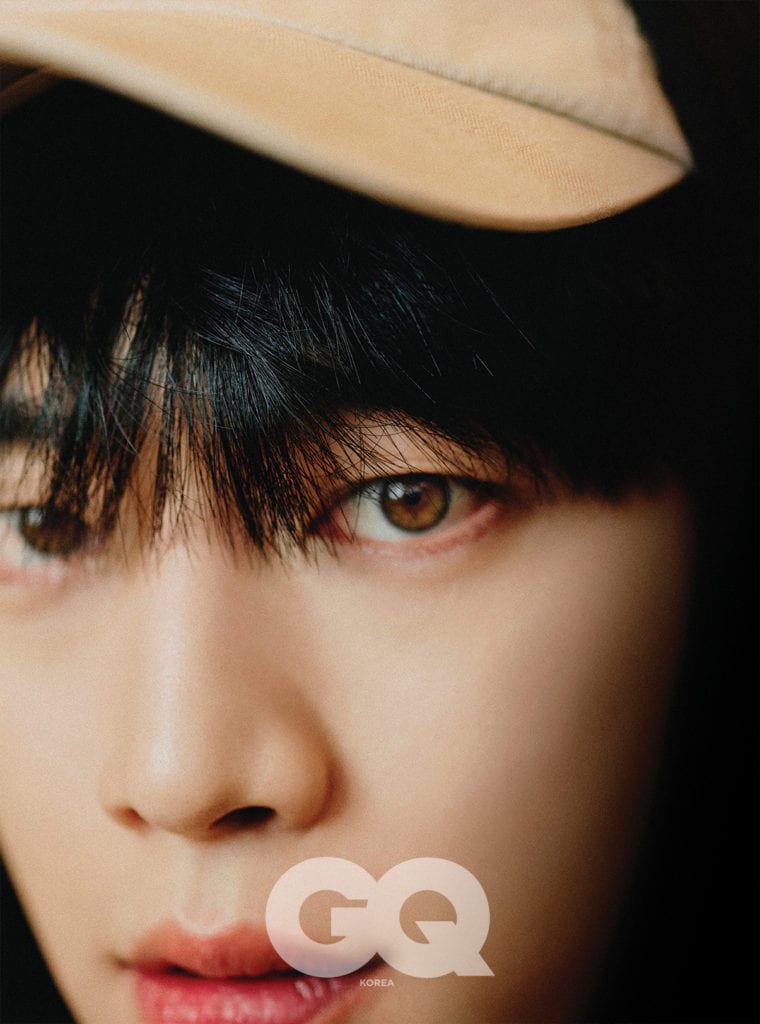 Seo Kang Joon was then asked what drives him to act so diligently. He responded, “I think it’s my inferiority complex. When I watch the projects of actors I like and respect, I am overwhelmed with emotions mixed with jealousy. In my opinion, my thoughts like ‘Why can’t I act like that? I work hard too, but what do they do to go beyond that? What kind of concerns did they have while filming this scene?’ become the drive that help me work even harder.”

Seo Kang Joon also revealed that not much other than acting provokes his inferiority complex. He explained, “I’m kind of single-minded, so if it’s not something I really like, I don’t have much interest in it. Besides acting, there’s nothing else I’m greedy for. I tend to be indifferent. If I want to do something, I do it, and I don’t measure or calculate it. I just go with the flow.” 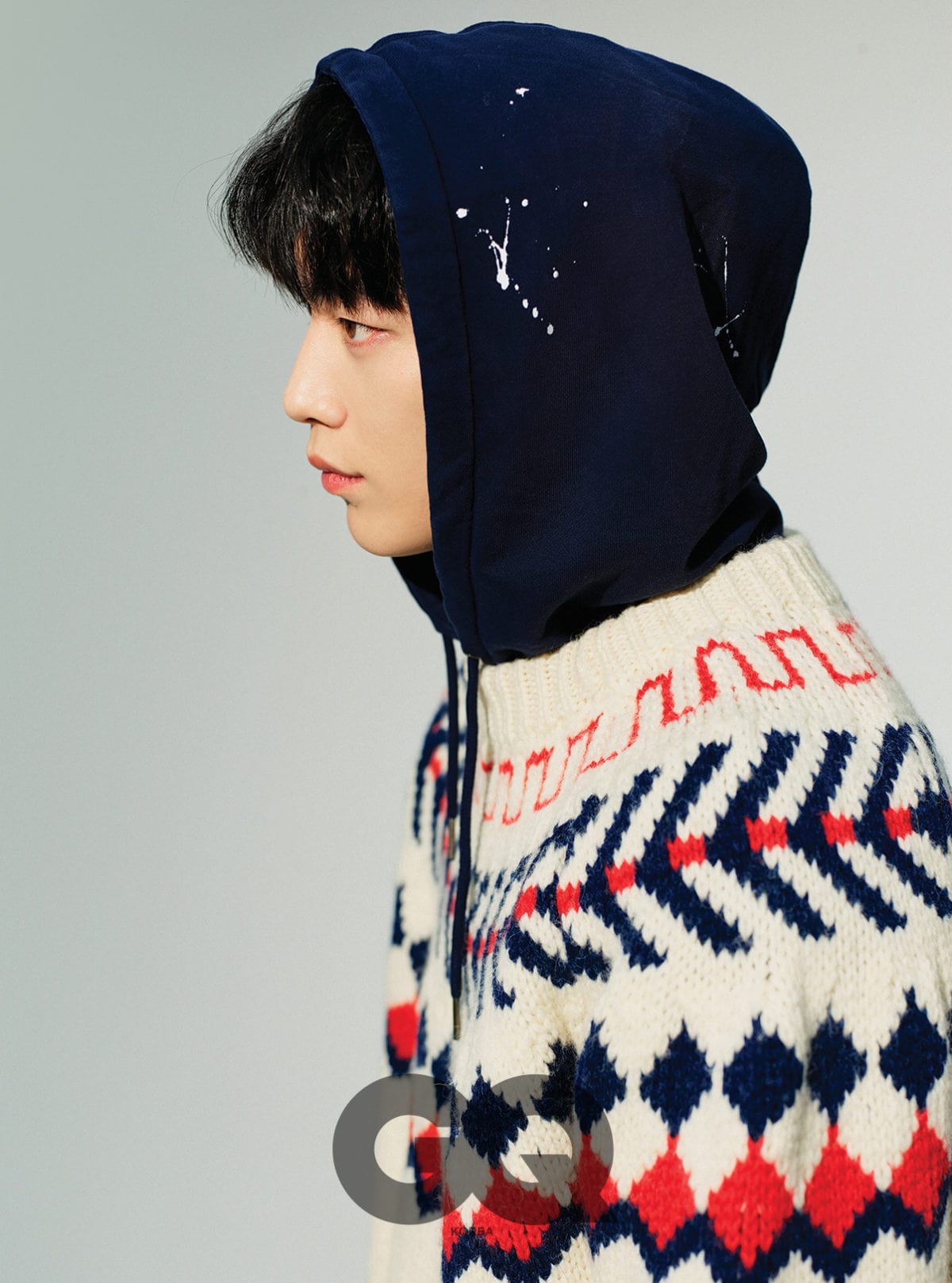 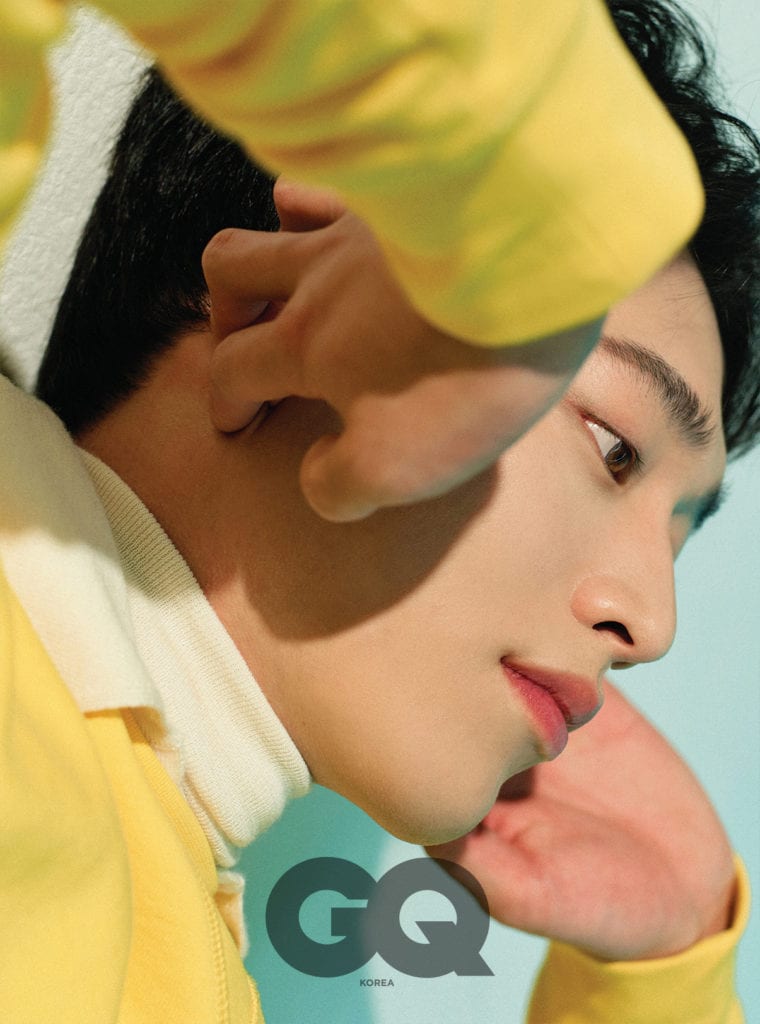 In terms of receiving inspiration from his characters and projects, Seo Kang Joon commented, “I’m sure it’s possible to get deeply into character, but I tend to think that you can’t perfectly become one with your character. If that were to happen, it’d be impossible to live your everyday life. However, if you think from your character’s perspective and keep imagining the parts that aren’t depicted in the script, you are inevitably influenced [by the character]. Once, I heard from a staff member I worked with for a long time that while the person Seo Kang Joon stayed the same, my personality would change slightly with each project. I had no idea before.”

The interviewer asked who in Seo Kang Joon’s life understands him most, and the actor chose his mother. Seo Kang Joon explained, “I perfectly take after my father’s looks and my mother’s inner self. My mother and I have similar tendencies and understand each other well. When I was on a break from promoting last year, it was a time of many concerns for me. One day, my mom called me late at night and empathized with what I had to say, sharing her personal concerns and experiences with me one by one. That’s when I realized, ‘Oh, although she’s my family, I didn’t know everything about my mom. My mom is very similar to me.’” 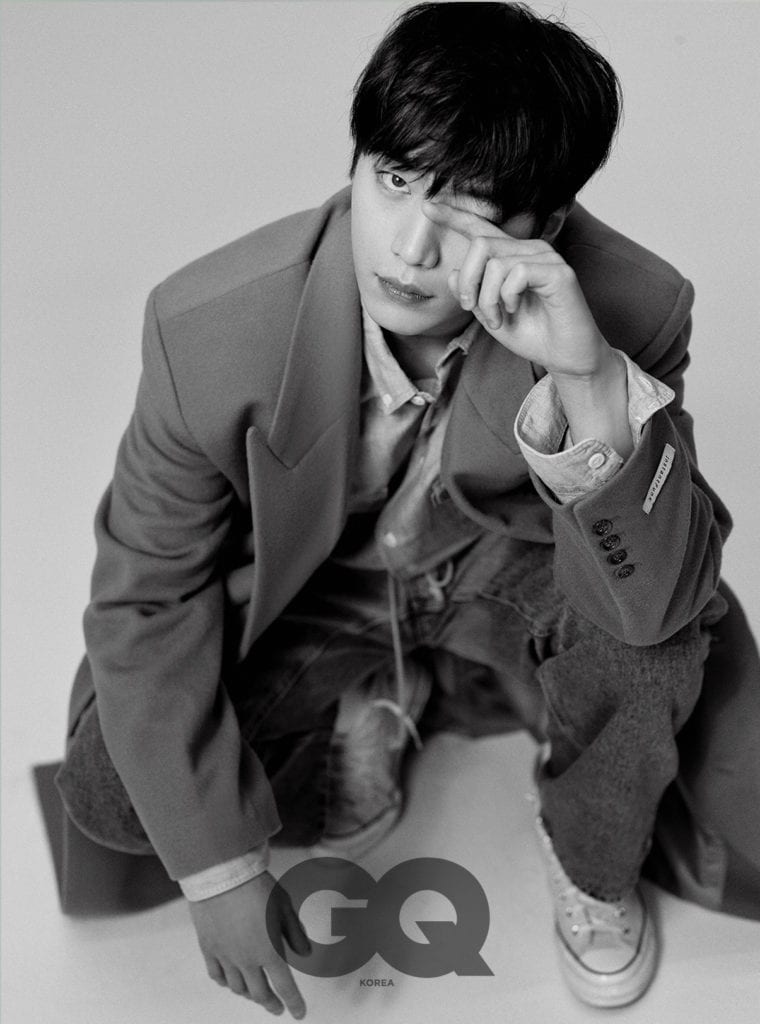 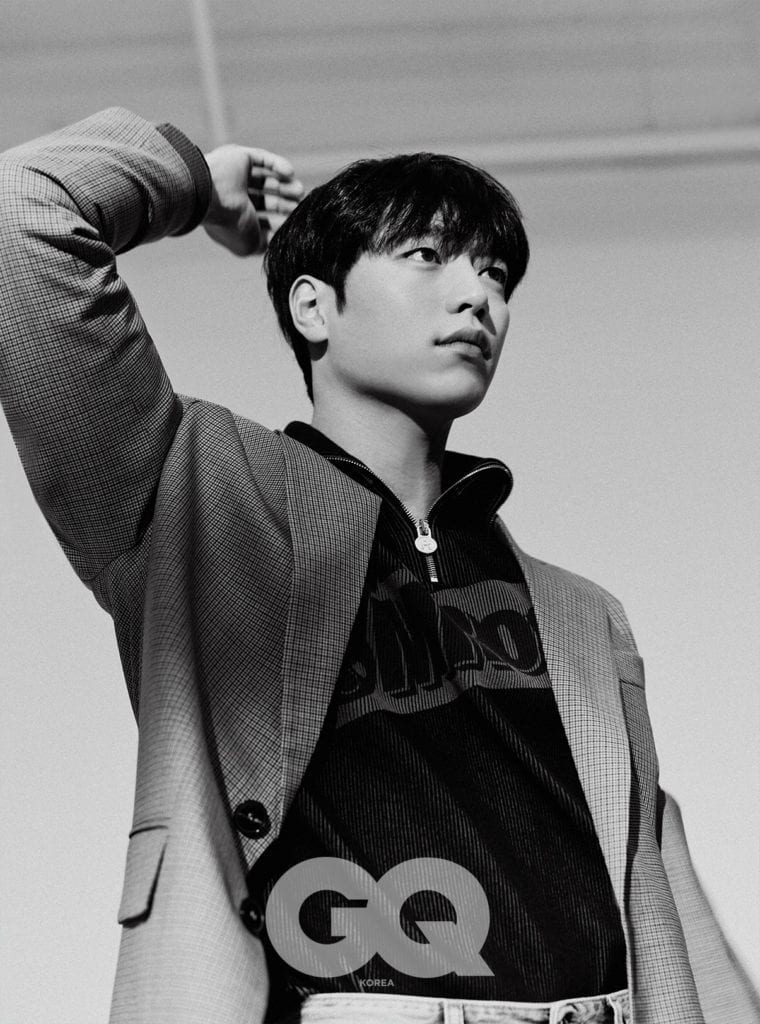 Lastly, Seo Kang Joon spoke about his enlistment, which was soon approaching at the time of the interview. He commented, “While taking a quick break last year, I mentally prepared myself somewhat for a hiatus. Whether it’s work or entirely personal matters, you need time to take one step back and see things from a wider perspective. In the past, I felt a lot of pressure regarding filming sets, but when I thought about it while resting, it was a place I missed and was thankful for. Where I also have many happy memories. Likewise, during my hiatus while I’m serving in the military, I’ll have time to look back on myself and think.”

Start watching Seo Kang Joon in “Watcher” with subtitles below:

Fresh From The Oven! Here’s To The SA Hip Hop New Releases Of The Week SA Hip Hop Mag