Being a Dad can be easy when your kids are all in lockstep with the music, movies, and sporting events you love.

That is the case with most of my children; sans one. My twelve-year-old is a quiet introvert who doesn’t like being around too much “busy” and isn’t one to share with the proverbial group her thoughts and feelings as readily as the others. At times, you can feel like you’re on the outside looking into her life until you have properly earned, in her mind, the privilege of being let in.

This year, I tried to rectify that gap by taking guitar lessons together with her. The time between class has been spent with her opening up and showcasing the sheer depth of her musical interests.

Enter, Beach Bunny. When she began playing songs from various albums she liked, I assumed it was a fleeting TikTok fad. But she really became a fan of the modern surf pop-punk sound and, quite frankly, so did I. We talked about the band and shared things we learned like how frontwoman Lili Trifilio started the project in her Illinois bedroom and how it grew organically to a seven-year run with multiple albums.

Serendipitously, we also discovered that Beach Bunny was still touring and coming to Philadelphia at Union Transfer. I had a passion to want to share this great music with a larger audience, as it now lived in a special place in my heart. I also wanted to see if, but for a night, my daughter could deal with all the people and the loudness for the chance at being enveloped in the experience of seeing her new favorite band live.

Once we were through vaccination record checks, people flocked to get as close to the stage as possible; a diverse crowd of kids and adults, many cosplaying as Trifilio, herself. Finding a spot to settle in amongst the chaos with an anxious kid seemed like an exercise in futility. But, with my arms filled with her little purse, souvenirs and a Shirley Temple drink from the bar, we found our mark and planted our flag for the night.

The first band to perform was the artist, Miloe. Let me start with this –  if anyone says rock music is dead and that it’s all just auto-tune and computers, these days, it is because they have not seen Bobby Kabeya thrash on his guitar and hear his soulful voice fronting this group! There is a modern new wave vibe that echoes through their music and deep emotion pouring out of the vocals like some battle-tested rhythm & blues artist all at once. I was flabbergasted and thoroughly entertained.

Out to plug their newest EP, Greenhouse, the band performed songs, including “Winona” and “Yellow,” with the crowd electrified and hanging onto every word.

In fact, with Kabeya playing his guitar more like a vintage punk rocker and singing with such raw talent, the innocence shocked me when he told the won-over crowd that he was more accustomed to playing basements at house parties than venues such as Union Transfer. As Miloe exited the stage, I knew this was a group I needed to hear more of, and have. 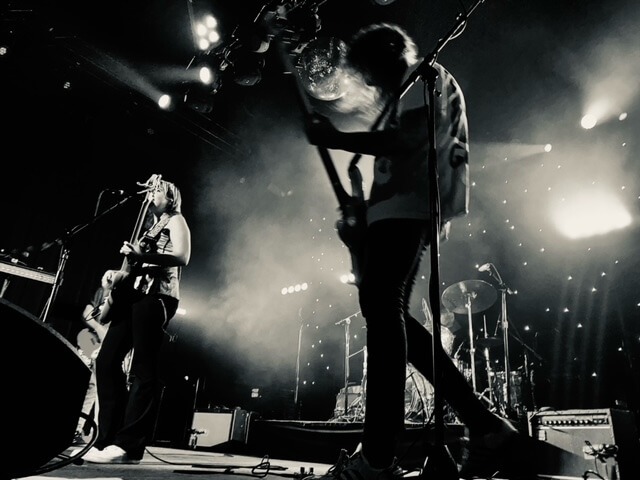 After a short break, Beach Bunny made their way to the stage and we made our way to the front. The band kicked off with their hit, “Prom Queen.” The track absolutely set the pace for the night, and immediately, you saw fans clambering to the front, reaching out to feel closer to Trifilio.

I can’t describe the energy in that room any better than a stadium concert jammed into a boutique venue on a Thursday night. The atmosphere was thick and joyful, fueling the band to add to it and make it more substantial by the note.

Trifilio and Beach Bunny performed “Good Girls (Don’t Get Used)” from their Blame Game record, in addition to the track, “Dream Boy,” from their debut, Honeymoon. They ended the set with their hit singles, “Sports,” and “Cloud 9,” and returned with an encore cover of Katy Perry’s “Hot N Cold.” 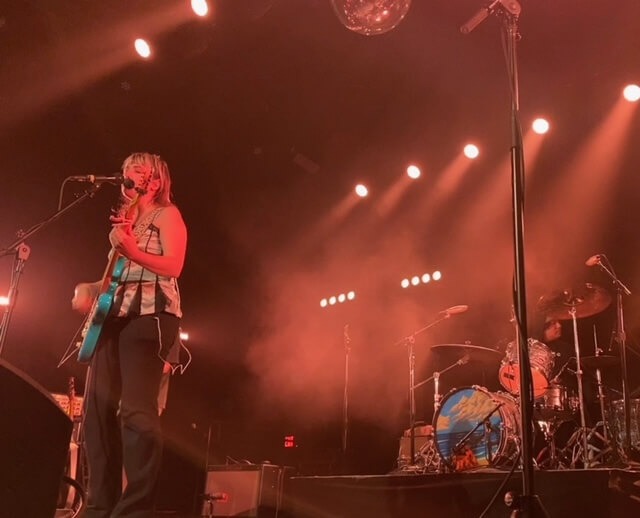 Trifilio was a real, organic performer radiating honesty to a crowd that wasn’t trying to be like her but rather she was, in fact, one of them. It may not have been a show that I would have found on my own, but it wound up being one of the best concert experiences I’ve had.

What about my daughter? Well, the longer you’re a Dad the easier it gets to recognize those little impactful moments as they play out. You can relish in them a bit more and look around to really take it all in. That said, in my phone is a video of my 12-year-old wearing the biggest grin I have ever seen on her little Cherubin face while dancing, jumping, and belting out every word of “Cloud 9,” flushed and fatigued with zero intention of stopping.

That was her concert moment; the moment when you are no longer awkward about who you are and feeling alone in a crowd because now you are an army! A mass of individuals sharing in an existential experience of feeling newfound strength in numbers. It’s that concert moment when you first realize you found your people. I was able to bear witness to that. 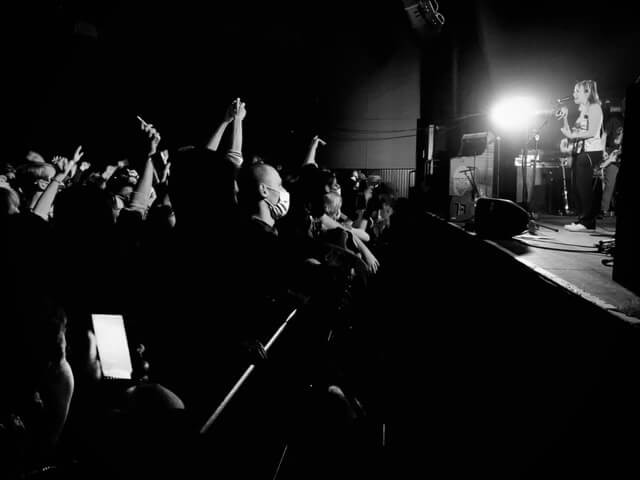 Walking back to the car from Union Transfer we both realized that we are more similar than we ever knew. We both reconciled early with the idea that not everyone will like our music, our anime movies, our comic books, or even the New York Yankees. But it was worth it to stay strong and be true to who you are because our people were out there waiting for us.

It’s amazing how great music and the right crowd can make one night change your perception of things. We need more Miloe and Beach Bunny shows in our world.