That Music Magazine » Music production and remixing with Philadelphia’s DECOUPLR

It was a rainy Tuesday afternoon, and the weather was not the greatest in the slightest bit. However, what was great about that day was getting a chance to speak with Philly’s own lovely music couple, Adam Laub and Bailey Walker of DECOUPLR.

Before getting into the interview, I asked how their day was going, amid the messy weather outside our gloomy windows, in separate locations of Philadelphia. Laub mentioned that he was just working all day as if he isn’t a mastermind audio engineer and producer by night. Walker is the voice of silk sounds and soothing raindrops that co-exists beautifully with the creativity of instrumental bliss that only Laub creates. It shows clearly and in full force in this powerhouse remix album, ‘Digital Bonfire Remixed,’ which is absolutely genius on so many levels.

I asked Laub what his process was from a production standpoint, and he told me that he starts out with samples/drum samples almost like shopping, in a sense.

“I keep trying stuff out until I find what I like and from there, the process begins,” Laub explains.

Once he finds his footing, he gets rid of samples and has carved out a pathway to begin creating something entirely original for the current track he’s working on. Laub works in the “Reason software,” so I guess it’s safe to say that his headquarters for inventing all things digital are now in place and ready to breathe life into the empty structure of the track that lies before him.

Laub comes from a background where he usually just made hip-hop and trip-hop beats that were sample-based, but with this new album, Laub wanted to use as few samples as possible and be more original this time around and use real instruments.

I told the duo that their sound reminds me of the band, Portishead, from the 90s that I miss a lot. I continued my thoughts by expressing that their sound stirs mystery with a deeper meaning and how Walker coincides with what Laub creates musically. It’s such a beautiful thing to witness if you’re into that type of approach.

Walker talked about the juxtaposition that Portishead did well with and that’s combining hip-hop/trip-hop and electronic with Beth Gibbons’ vocals. I must say so myself, it was a magical time.

Walker says that she’s using the work that Portishead possessed as a way of inspiration while working from the digital framework giving soul and warmth to Laub’s production style. I asked Walker if she was the only arranger during the process and if there were anyone else working with them on this project. 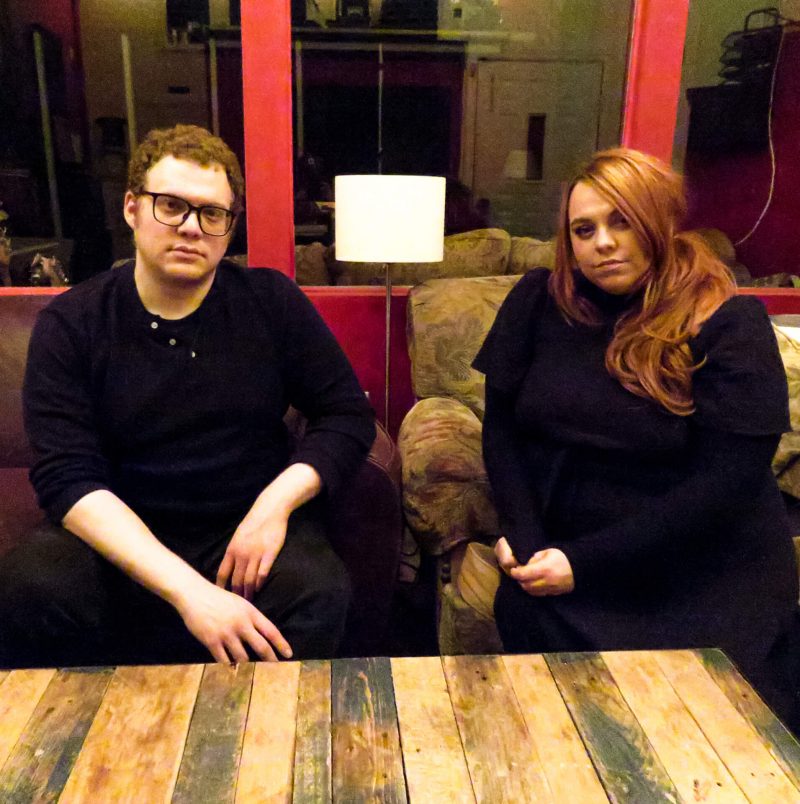 “It’s only us working out the kinks of it, all while sharing in on the process together,” Walker explained.

As I switch back and forth with my questions, my follow-up landed on Laub and his thoughts on how he constructs his process with mixing. He mentions, the way he knows that a track is set and ready for mixing is when there is a stretch of good instrumentation across the frequency spectrum. He says whenever the audio hits your body with all that you’ve required in a track and it feels right, that’s when you know you got something.

Knowing that Walker and Laub are a couple, I was interested in discovering if there was something they were trying to convey through their music.

Laub mentions, “The original album ‘Digital Bonfire’ was written during the time of the pandemic and that the songs were written to let people know that it was okay to reach out if ever you were feeling alone or isolated. The ‘Digital Bonfire Remixed’ album was a follow-up in saying we did reach out and by that, they were speaking of other collaborators they wanted to work with musically but couldn’t because of a pandemic that held the world hostage for two years and still counting.”

I asked the duo then what was next for them. Are there any videos in the works, shows, other interviews, etc? Walker says that there are collaborations and that they’re on the ‘Digital Bonfire Remixed’ album.

As far as shows, the duo said that since it’s not 100% safe yet, gigs aren’t on the radar. However, they are looking to play in smaller venues that are outside November. They’ve also begun working on their next album, but no timeline on when that will be released.

What is ready, is the ‘Digital Bonfire Remixed’ record that you can now purchase and checkout on all music streams and platforms. DECOUPLR brings the heat on this record and the flames are ablaze with each and every track displayed on this beautiful masterpiece.

Moliy; the genre-bender who embraces all forms of music