Watch: Ong Seong Wu And Park Ho San Bid Farewell To “Would You Like A Cup Of Coffee?” And Choose Favorite Scenes

Kakao TV’s “Would You Like a Cup of Coffee?” came to close on December 2.

Based on a manhwa (Korean comic) by Heo Young Man, “Would You Like a Cup of Coffee?” is about a young man named Kang Go Bi (Ong Seong Wu), whose passion for coffee leads him to become a rookie barista at a coffee shop owned by Park Seok (Park Ho San). The emotional human drama shows what Kang Go Bi learns about coffee and people through his work and tells the various stories of their neighborhood coffee shop customers.

On the drama having reached its end, Ong Seong Wu commented, “‘Would You Like a Cup of Coffee?’ was a drama that gave me lots of courage. I was able to learn and experience a lot through Kang Go Bi, Park Seok, and all of the characters who appear in the drama. I also thank the viewers who cried, laughed, and sympathized with us. I will also face things head-on and grow like Kang Go Bi.”

Park Ho San shared, “I think that the drama turned out even better than what I thought and expected while filming. I was happy to have been part of a drama that can give a warm, deep impression to many people. Though the story we prepared this time has come to an end, I hope you will re-watch ‘Would You Like a Cup of Coffee?’ when you are having a difficult time and be healed and gain courage.”

As for favorite scenes or lines, Ong Seong Wu picked his line, “There’s something to be gained even if you fail.” He expressed, “Go Bi’s words about risking failure but finding the essence of growth in that challenge deeply resonated with me.”

Park Ho San chose the scene where singer-songwriter Jo Jung Chi performed his self-written song at 2Dae Coffee. “The director let me listen to the song in the early stages of filming, and I felt that there was a strange sadness and refreshing feeling in each of the lyrics, and I thought it was a song that was just like Park Seok. So when we filmed that scene, I truly fell deep into the emotions, and it came out as beautifully as I imagined it. I’d like to take this opportunity to thank Jo Jung Chi for writing the song,” he explained.

Ong Seong Wu shared that he was happy to be able to work with the senior actors. “The reason I was able to feel comfortable from the first day of filming was probably thanks to the experience and consideration of my seniors. The set was always full of warm and comforting laughter.”

On their chemistry, Park Ho San remarked, “Ong Seong Wu was just Kang Go Bi himself from the moment we first met. And Seo Young Hee is very beautiful unlike the original manhwa, so I thought she was out of Park Seok’s league. Whenever the three of us gathered to film, our teamwork was so great that it felt like we were coming to chat, not to film. That’s how enjoyable the atmosphere on set was.” 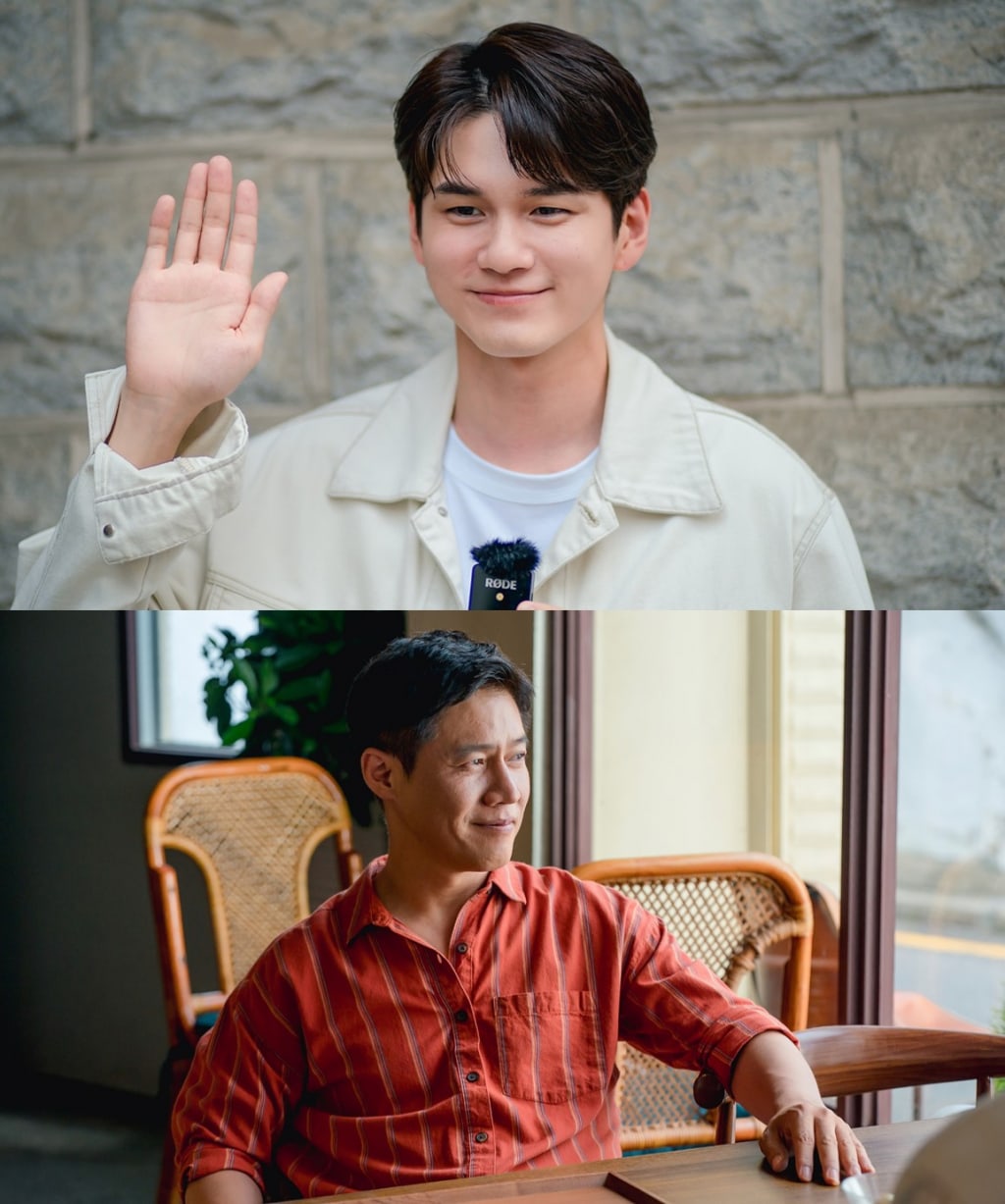 Kakao TV also revealed a making-of video of the last day of filming. After wrapping everything up, Ong Seong Wu says during his interview, “It feels like I just got used to it and our teamwork is now getting even better, and it feels like we’re just getting started, so I can’t believe that it’s come to an end. But what’s important is that I was very happy, and I was very glad that I could be Go Bi.”

Park Ho San shares, “It was a very fun and unique experience, and I felt like I had really become a coffee shop owner.” He explains that the drama is based on the first two volumes of the manhwa, and since the manhwa has a total of eight volumes so far, there could be more seasons of the drama in the future if it receives lots of love.

Seo Young Hee, who plays Kim Joo Hee, commented, “I’m a bit sad to think I won’t be able to come to this coffee shop that I frequented for the past month. I became close with the actors, and I’m sad that we won’t be able to meet anymore.”

Watch the behind-the-scenes video below!

Start binge-watching “Would You Like a Cup of Coffee?” with subtitles here: