Xzibit & Wonderbrett Team Up To Unveil 5 New Strains Of Cannabis 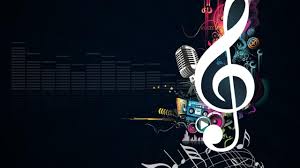 Xzibit has a new partnership with Wonderbrett to release five new strains of cannabis for the discerning enthusiasts! Read more!

Xzibit may be a legend in the rap game, but he plans on bringing that same energy and passion into the cannabis industry.

The Detroit native is best known for his hard-hitting rhymes, standout raspy voice, and undeniable flow, tackling the rap game before becoming the host of MTV’s “Pimp My Ride.”

However, it was not long before he turned his entrepreneurial spirit into his own cannabis company called Napalm Brands.

“I’ve known Brett for quite some time. I knew him before he was Wonderbrett. It was really dope to be able to see how we’ve come into cannabis in different places, but somehow we’re able to collaborate down the line,” Xzibit told AllHipHop.com. “We have a lot of respect for each other, so we came and did our first grenade with Wonderbrett. Our first one we ever put out was with Wonderbrett. This is our second collaboration. It’s just a testament that we doing good stuff.”

These are 7 grams of premium indoor Wonderbrett flower infused with one gram of live resin diamonds. Their goal is to redefine the cannabis industry, one category at a time.

“We picked them out together, and we got a nice blend of what we wanted. We wanted some hybrid, some indicas, a nice, heavy stone. It smokes like a cigar, and it’s really heavy. It’s dope,” Xzibit said.

Wonderbrett Co-Founder Brett Feldman can be seen by X’s side in the promo video. Take a look: